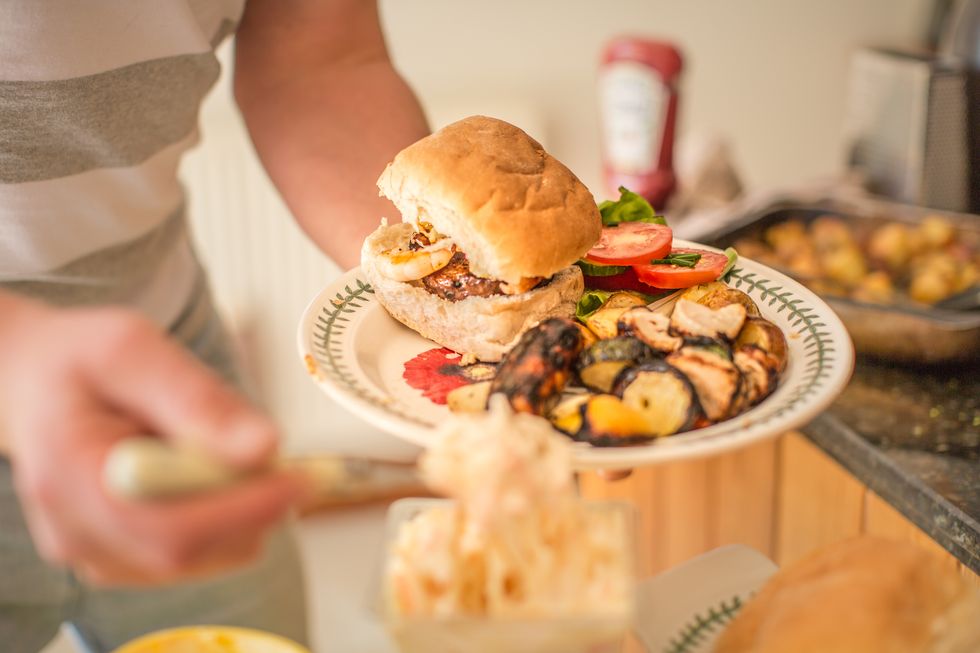 Is This Why You Overeat?

People whose brains are wired to produce a more muted response to food may ultimately compensate by eating more.

TUESDAY, May 9, 2017 (HealthDay News)—A new brain scan study suggests that people whose brains are wired to produce a more muted response to food may ultimately compensate by eating more, thereby raising their risk for obesity.

The new study also unearthed possible evidence of a gender divide in the way men and women process the experience of eating. Women's brains, it appears, may favor a more emotional response to the eating experience, while men are built to focus on how food satisfies the senses.

If so, such brain-wiring differences might explain why women struggle with weight more than men do, the researchers said.

"At this point, these are only speculations which need to be tested in future experiments," stressed study co-author Arpana Gupta. She is an assistant professor with UCLA's Ingestive Behavior and Obesity Program in the Center for Neurobiology of Stress and Resilience.

But "considerable sex-related differences have previously been identified in factors driving craving and drug-seeking in substance abuse," added Gupta.

This latest investigation analyzed brain scans of 86 healthy men and women to "identify the possible role of the brain in the pathophysiology of obesity," she explained.

In particular, the research team tried to track how eating affected activity patterns of the neurotransmitter dopamine, a so-called "reward" chemical that is critical to the way the brain responds to both satiety (eating) and deprivation (hunger).

The initial finding was that having "a less responsive dopamine system" appears to make both men and women less sensitive to food, and thereby "more prone to food intake in order to compensate for this deficit," Gupta said.

But the really "striking" finding, said Gupta, was an indication that men and women are simply wired differently when it comes to responses to eating.

A woman's brain seems to draw a significant neurological link between food and the part of the brain that processes emotions, Gupta said.

Possible proof of that link was seen among obese female participants.

Those women tended to exhibit a relatively muted response to food in brain regions that regulate emotion. That dynamic was not seen among obese men.

In contrast, a man's brain seems more inclined to link eating to the region that handles things like smell, temperature or taste. And obese men tended to have a relatively amped up response to food in brain regions involved in sensory regulation. That dynamic was not seen among obese women.

As to what might explain why men and women process eating so differently, Gupta said the jury is still out.

"This is a difficult question to answer," she said, while reiterating that the findings do indicate "a generalized sex difference in the way the reward system functions."

Lona Sandon, program director in the department of clinical nutrition at the University of Texas Southwestern Medical Center in Dallas, said the findings are "not necessarily a surprise."

What should these women do? Sandon advised getting off the couch.

"Low dopamine levels are associated with depression, which is often compensated for by eating more food," she said. "But exercise has been shown in several studies to be beneficial for individuals with depression. Exercise can also have positive effects on appetite.

"So I would suggest that physical activity or exercise might be part of the answer," Sandon added.

Gupta and her colleagues are scheduled to report their findings Tuesday at the Digestive Disease Week meeting in Chicago. Research presented at meetings should be considered preliminary until published in a peer-reviewed journal.