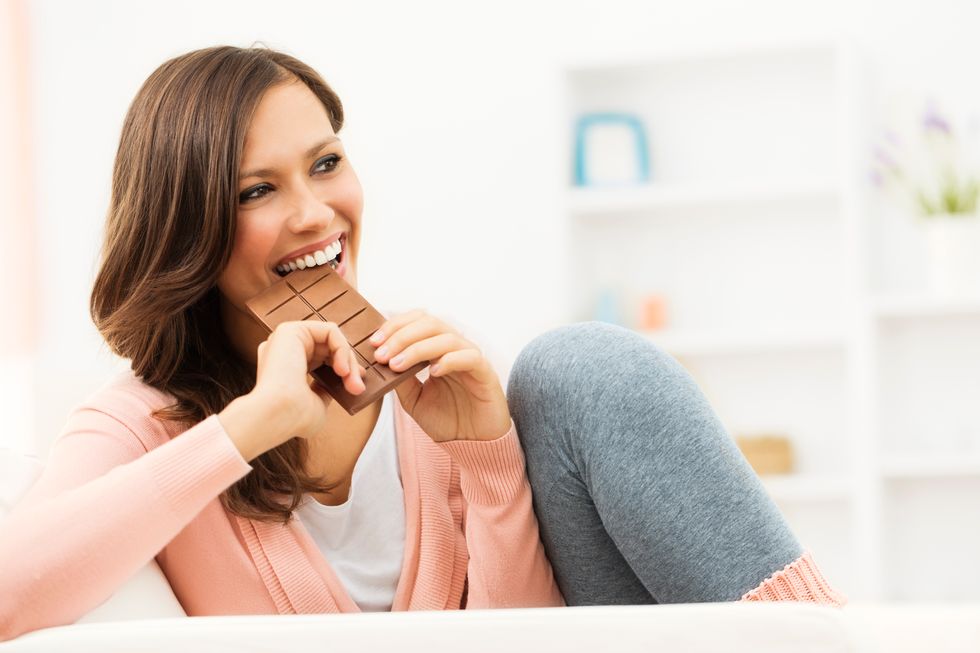 Love Chocolate? Potato Chips? Your Genes Might Be to Blame

Is This Why You Love Chocolate?

Love Chocolate? Potato Chips? Your Genes Might Be to Blame

The study, of more than 800 adults, found links between several genes and people's food likes and dislikes.

The gene variants were already known. One, for example, is linked to obesity risk; others are involved in hormone regulation.

It's not yet clear what the new findings mean, the researchers said.

And they stressed that aversion to broccoli is not genetically determined: You might just need a better way of cooking it.

But the findings add to evidence that food preferences are partly related to genetic variation.

"Research is really beginning to look at the role of genes in food intake and nutrient use," said Lauri Wright, a registered dietitian in Florida who was not involved in the study.

Some researchers believe that understanding the genetics behind food preferences will lead to more individualized diet advice. In fact, there's a burgeoning field known as "nutrigenomics," Wright noted.

For now, though, you are unlikely to have your DNA analyzed when you see a dietitian.

Nor do you need to, added Wright. She said dietitians already ask people about their food preferences—and a slew of other information—to help craft personalized diet plans.

Wright is a spokesperson for the Academy of Nutrition and Dietetics, and director of the doctorate in clinical nutrition program at the University of North Florida.

Past studies have found correlations between gene variations and people's tastes for certain foods.

For the most part, they have looked at genes related to taste receptors, said Silvia Berciano, who led the current study.

Berciano said her team focused on certain genes that have been connected to behavioral and psychological traits (such as depression or addiction), to see if any are also related to eating habits.

To do that, the researchers analyzed variations in those genes, along with self-reported diet habits, among 818 white U.S. adults.

In general, the study found, there were associations between several genes and food preferences. Variations in a gene called FTO, which is related to obesity, were tied to vegetable and fiber consumption, for instance.

It's possible that the FTO gene influences both obesity risk and people's desire for veggies, said Berciano, a researcher at Tufts University in Boston.

Could the link exist simply because people prone to obesity are less likely to be vegetable lovers? Berciano said that's unlikely: The FTO variation tied to vegetable/fiber intake is in a different place on the gene than the variant related to obesity.

In other findings, a gene called SLC6A2, which helps regulate hormones like norepinephrine, was related to fat intake.

Meanwhile, variations in a gene that helps regulate oxytocin—the so-called "love hormone" involved in bonding, mood and other behaviors—were related to chocolate intake, as well as heavier weight.

Oxytocin "enhances the brain's reward system," Berciano noted. On the other hand, she said, lower oxytocin levels could boost chocolate cravings as a way to get that same reward.

Berciano was scheduled to present the findings Sunday at the American Society for Nutrition's annual meeting, in Chicago. The results should be considered preliminary until published in a peer-reviewed medical journal.

The study does not prove that any of those gene variants directly affect people's food preferences, Wright pointed out.

And even if they have an influence, she said, diet habits are much more than a matter of genes. Economics, culture and a range of environmental factors are at play, she added.

And, with help, people can change even long-standing diet habits. "We don't want people to think, 'I can't help bingeing on chocolate, it's in my genes,' " Wright said.

Still, Berciano said an understanding of the genetics behind food preferences could eventually prove useful in the real world.

"Understanding how genetic differences affect neural regulation of eating behavior means that we'll be able to predict the behavioral tendencies of the individual," she said.

That, she added, could help in creating diet plans that are "easier for the individual to adhere to."

For now, though, Wright said she is unsure how expensive genetic testing would enhance what dietitians already do. "We already look at the individual—not just their food preferences, but their other lifestyle habits and their economic and social situations," she said.