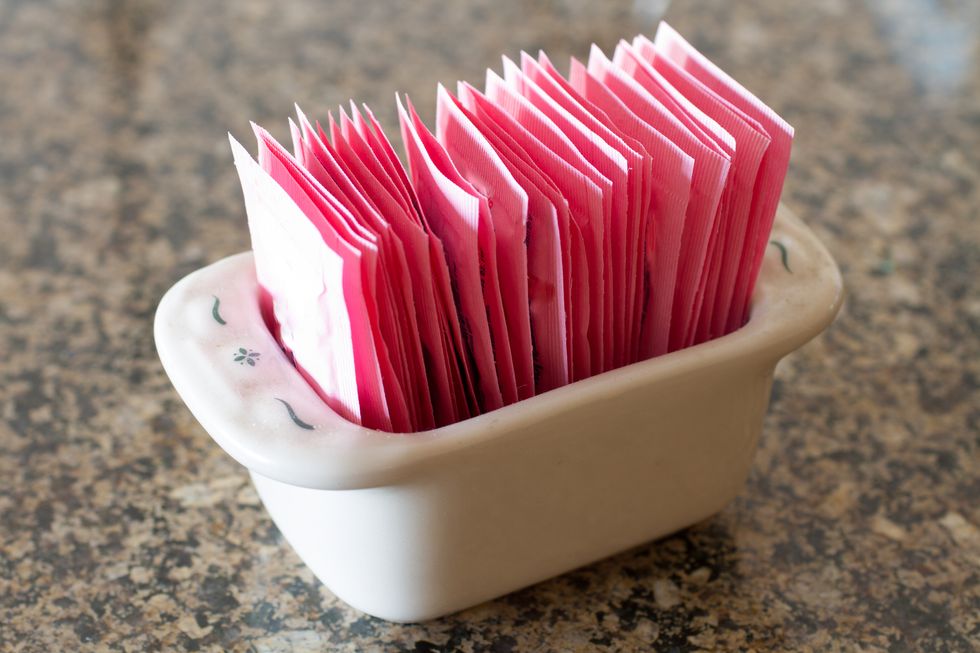 A small Australian study suggests that consuming high amounts of artificial sweeteners might affect how the body responds to sugar—and might raise a person's risk of diabetes.

THURSDAY, Sept. 14, 2017 (HealthDay News)—A small Australian study suggests that consuming high amounts of artificial sweeteners might affect how the body responds to sugar—and might raise a person's risk of diabetes.

"This study supports the concept that artificial sweeteners could reduce the body's control of blood sugar levels," said lead author Richard Young, an associate professor at the University of Adelaide's medical school.

High sweetener intake might lead to "exaggerated" spikes in people's blood sugar levels after a meal, he explained, which over time "could predispose them to developing type 2 diabetes." He spoke in a news release from the annual meeting of the European Association for the Study of Diabetes in Lisbon, Portugal, where the findings were to be presented on Wednesday.

The study was small—just 27 people—and lasted just two weeks, so more research would be needed.

However, the findings bring up interesting questions, said one U.S. diabetes specialist.

Dr. Roubert Courgi is an endocrinologist at Southside Hospital in Bay Shore, N.Y. Reading over the Australian research, he noted that it "proved glucose [blood sugar] response is hampered" in heavy users of artificial sweeteners.

"This study reaffirms that artificial sweeteners can still affect your body's response to glucose," he said.

In the study, 27 healthy people were randomly picked to consume capsules containing either artificial sweeteners—either sucralose or acesulfame-K—or a "dummy" placebo.

The capsules were taken three times a day before meals for two weeks. The total dose included in a day's worth of sweetener capsules was equal to drinking a little more than 1.5 quarts of an artificially sweetened diet beverage daily, the researchers noted.

Young noted that prior research has shown that regular consumption of large amounts of artificial sweeteners is associated with increased risk of type 2 diabetes.

A U.S. nutritionist agreed that while artificial sweeteners may seem like a healthy alternative to sugar, these products aren't without their downsides.

"Artificial sugars are lower in calories but can still be an unhealthy addition to the diet," explained Dana Angelo White, a registered dietitian who teaches at Quinnipiac University in Hamden, Conn.

"Just like eating too much sugar, too much fake sugar can also lead to health problems," she said. "The bigger concern seems to be the long-term, large-quantity consumption, so, just like nutrition experts are always saying, moderation is key."

For his part, Courgi said that sometimes the use of "low-cal" sweeteners simply encourages other unhealthy eating behaviors.

"These artificial sweeteners may offer less sugar than other products, but they are not a free pass to mass consumption," he said. "Consumers should use discretion with these products because of the risk of diabetes."

The Calorie Control Council, which represents the makers of artificial sweeteners, did not reply to a HealthDay request for comment.