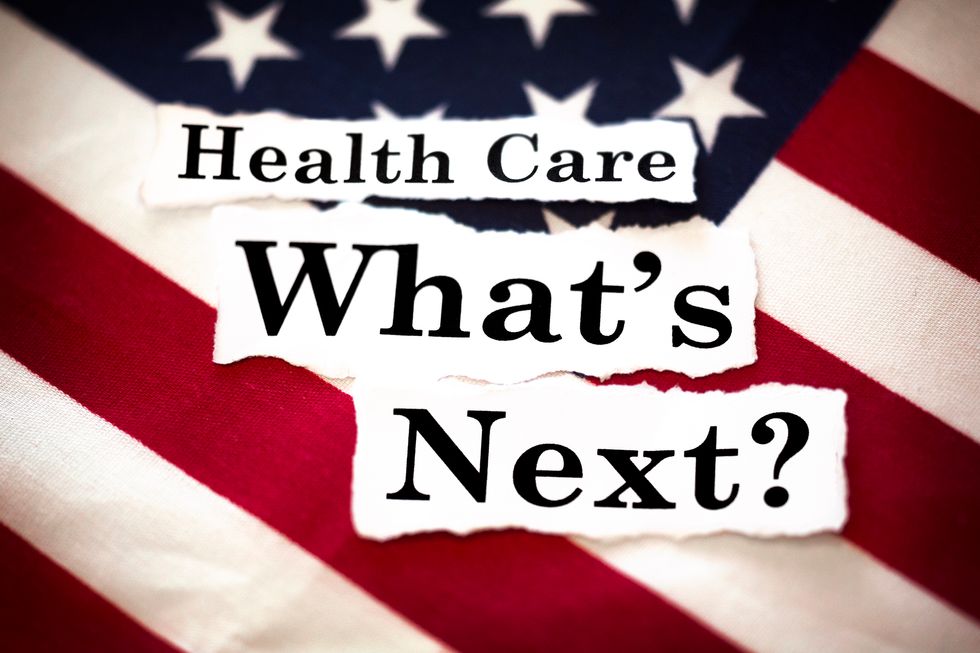 What Will Happen to Obamacare?

It's the Senate's turn to craft its version of revisions to the controversial law.

FRIDAY, May 5, 2017 (HealthDay News)—Republicans in the House of Representatives celebrated their whisker-thin win Thursday to pass a bill that could begin the process of overhauling the health reform law known as Obamacare.

But their celebration might be short-lived because it's now the Senate's turn to craft its version of revisions to the controversial law formally known as the Patient Protection and Affordable Care Act.

And influential members of the Senate are already saying their version could look significantly different than the House version.

Sen. Susan Collins (R-Maine) said the House bill poses "more questions than answers about its consequences." She said there should be "no barrier for coverage" for people with pre-existing medical conditions and that the House's tax credits "do not adequately take into account income levels" or regional differences in health costs, the Associated Press reported.

Collins and Sen. Lisa Murkowski (R-Alaska) also have opposed cuts to federal money for Planned Parenthood. The House bill passed Thursday prevents federal payments for a year to Planned Parenthood, which provides abortions but, by law, can't use federal funds for them, the news service reported.

And Sen. Rob Portman (R-Ohio) said, "I've already made clear that I don't support the House bill as currently constructed." He said he was particularly worried about proposed cuts to Medicaid, including funds for treating people with opioid drug problems. He said he'd make sure that "those who are impacted by this epidemic can continue to receive treatment," the AP reported.

The Washington Post reported disagreement among Senate Republicans on how to even begin the process of drafting their bill. For instance, the Senate's rules-keeper can't review the legislation until the nonpartisan Congressional Budget Office (CBO) submits its cost estimate, which could take weeks, the newspaper said.

Illustrating GOP senators' concern, Lindsey Graham (R-S.C.) tweeted Thursday: "A bill—finalized yesterday, has not been scored [by the CBO], amendments not allowed, and 3 hours final debate—should be viewed with caution."

Whatever the outcome in the Senate, any changes it makes to the House bill would lead to a conference by members of both chambers to work out their differences.

The House Republicans' bill passed Thursday with one vote to spare—217-213.

Ever since enactment of the Affordable Care Act—sometimes called Obamacare—in 2010, Republicans have pushed to repeal the law, the largest expansion of health care in 50 years.

Republicans have long contended that the law is an unprecedented overreach of federal authority. The GOP found the provision requiring most Americans to maintain health coverage, or pay a penalty, particularly onerous.

Some key elements of the House plan include:

Republicans say the Affordable Care Act is unsustainable. With average health insurance premiums spiking at double-digit rates in 2017 and more health insurers deciding to exit the Obamacare marketplaces, GOP lawmakers argue that it's time to intervene before the law collapses.

Economist Anthony LoSasso, a professor of health policy and administration at the University of Illinois at Chicago, said the House GOP proposal represented "the best hope" to prevent the individual insurance market's downward spiral.

"There's good reason to think that this actually rejuvenates markets, causes insurers not to want to abandon it," he said.

The Republican push to replace the Affordable Care Act comes as more insurers drop out of the program or curb their participation for 2018.

Aetna Inc. said it would pull out of Virginia's individual health insurance marketplace for 2018, according to news reports. Medica, the only remaining Obamacare insurer that offers statewide coverage in Iowa, warned that it would quit unless it gets help from the state or federal government, according to multiple reports.

Many health policy analysts say the House Republican measure could lead to higher premiums for poor, older and sicker Americans.

Christine Eibner, a senior economist at the RAND Corporation, said it might be hard for people to maintain continuous coverage in some circumstances.

"For example, if a person loses a job, he or she might lose access to employer-sponsored coverage while simultaneously experiencing a big income loss," she said. That person might "gamble on going without insurance for a time" and could be at risk of future rate increases.

Eibner said older and lower-income individuals "might be at particular risk of going without coverage due to affordability issues, and then facing rate increases down the road."

In this podcast from Kaiser Health News, a top health reporter shares her tips on how to avert a surprise bill

Now that a very public figure is speaking out about miscarriage, let's normalize this conversation