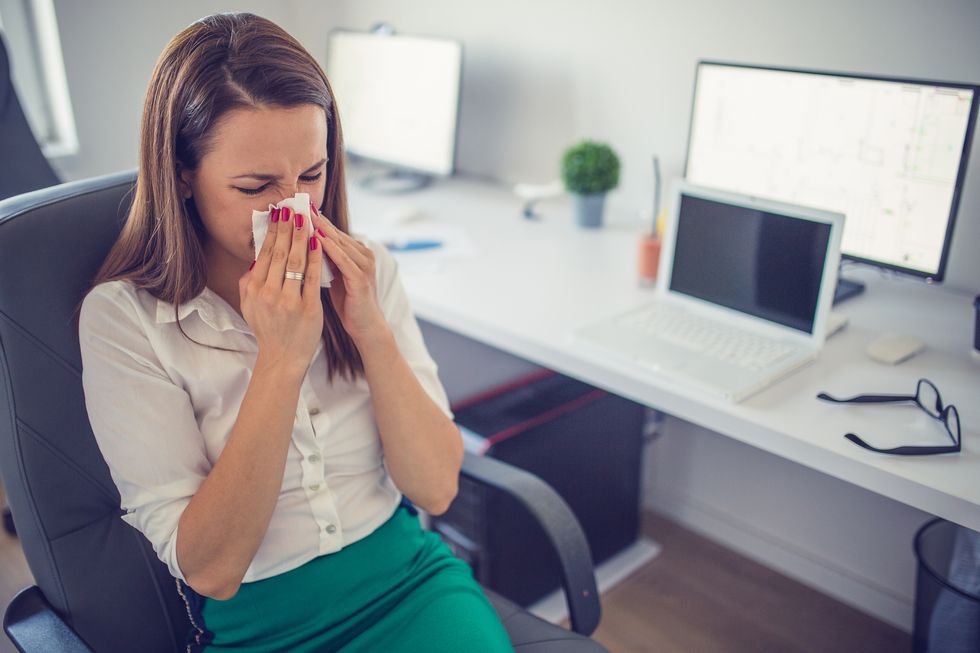 We All Carry a Personal Cloud of Germs, Chemicals

We All Carry a Personal Cloud of Germs, Chemicals

You might feel squeaky clean after that morning shower, but you carry an invisible cloud of bacteria, viruses, fungi and chemicals every day.

THURSDAY, Sept. 20, 2018 (HealthDay News) -- You might feel squeaky clean after that morning shower, but you carry an invisible cloud of bacteria, viruses, fungi and chemicals every day.

That's one of the lessons from the first study to take a deep dive into the human "exposome" -- the collection of microbes, plant particles and chemicals that accompanies people as they move through the world.

In fact, if your personal exposome was visible to the naked eye, the researchers said, you'd look like the "Peanuts" character Pig-Pen.

In the study, a small group of volunteers wore monitors with a special filter that trapped particles from the air around them as they went about their normal day.

When researchers did a genetic analysis of those samples, they found that each person carried a diverse cloud of bacteria, viruses, fungi, plant particles, chemicals and even "microscopic animals."

But the exact makeup of that exposome varied substantially from person to person -- even though they lived in a fairly narrow geographic region (the San Francisco Bay area).

It's no secret that humans live in a world chock-full of invisible organisms and chemicals, said Glatt, who is also a spokesperson for the Infectious Diseases Society of America.

But this study offers a detailed look at individual exposomes, he said. And that could be a first step toward understanding the ways in which various environmental exposures affect human health, Glatt suggested.

"That's what we believe," agreed senior researcher Michael Snyder, chair of genetics at Stanford University School of Medicine, in California.

"Health is totally dependent on genes and environment," Snyder said. But it's clear that genes explain only a portion of a person's vulnerability to various diseases, he added.

There is still a huge amount to be learned about the effects of environmental exposures, Snyder said.

As an initial step, his team gathered detailed information from 14 people who wore matchbook-sized monitors on their arms for anywhere from a week to a month. Snyder, himself, wore the device for two years.

The devices contained filters that captured particulate matter from the surrounding air. Those samples were brought back to the lab for genetic analyses and chemical "profiling."

In general, Snyder's team found, people's exposomes were diverse in the types of micro-organisms and chemicals they contained -- although the chemical DEET, an insect repellent, was ubiquitous.

"It was everywhere, which kind of surprised me," Snyder said.

Otherwise, the makeup of the exposome seemed to depend on factors like weather, travel, pets and household chemicals, for instance.

Snyder said his own home exposures turned out to be "very fungal, rather than bacterial."

He connects that to the use of "green" paint in his house. The paint lacks a substance called pyridine, which seems to keep fungus levels down. Snyder also discovered he was exposed to eucalyptus in the early spring -- which, he said, offers some clues to the culprit behind his seasonal allergies.

Several known carcinogens turned up in most of the chemical samples, according to the researchers. However, they only know the chemicals were present -- and not the amount of exposure.

If the idea of carrying around a cloud of bacteria, fungi and chemicals makes you cringe, Glatt made this point: Many of those exposures would be harmless or even beneficial.

It's known, for instance, that while some bacteria make people sick, many are "good" and necessary for human health.

Snyder agreed. For the most part, no one knows yet which components of the exposome are "good" and which are not, he said. And that may vary from one person to another, he added.

Complicating matters, a person's exposome is not static. It is "dynamic," Snyder said, and constantly shifting over a lifetime.

That will make it challenging to study the ways in which the exposome affects human health, Snyder said. "But I also think it can be done," he added.

He said his team plans to study larger groups of people in more-diverse environments. They also want to simplify the technology used in the study so that one day, people might be able to use the devices themselves, to track their own exposures.

The findings were published online Sept. 20 in Cell.