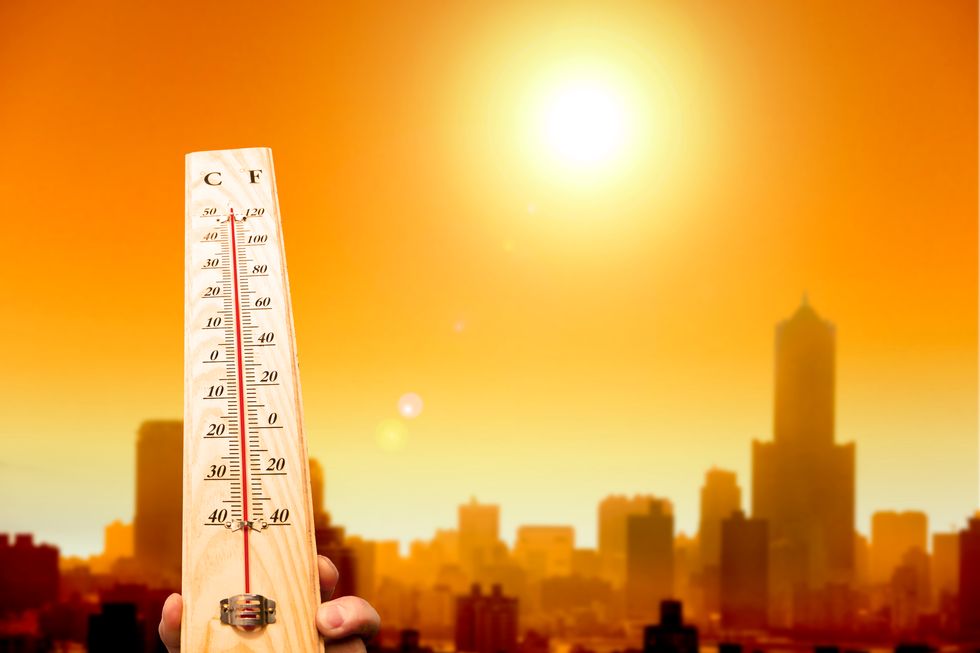 The effects of climate change are far-reaching, but new research suggests a surprising linkage to a warming Earth—more cases of type 2 diabetes.

For every 1 degree Celsius (1.8 degrees Fahrenheit) rise in environmental temperature, the researchers calculated that there would be an increase of more than 100,000 new cases of type 2 diabetes in the United States alone.

The study authors explained that during cold spells—at least a few cold days in a row—so-called brown fat is activated. Brown fat is different from white fat. When activated, it leads to an improvement in the body's sensitivity to insulin, a hormone that helps usher sugar from foods into cells for energy.

"The function of brown fat tissue is to burn fat to generate heat, which is important to prevent a drop in body temperature during cold exposure," explained lead researcher Lisanne Blauw. She's a Ph.D. student at Leiden University Medical Center in the Netherlands.

"Therefore, we hypothesize that brown fat plays a role in the mechanism underlying the association between outdoor temperature and diabetes: in warmer climates, brown fat is less activated, which may causally lead to insulin resistance and diabetes," she said.

Before you start packing for colder climes, it's important to note that this study cannot prove a direct cause-and-effect relationship between warmer temperatures and the development of type 2 diabetes.

Still, Blauw said, "On the basis of our 'brown fat hypothesis,' we believe that at least part of the association can be causally explained by brown fat activity."

The prevalence of type 2 diabetes is rising rapidly across the world. In 2015, about 415 million people worldwide had the disease, the researchers said. By 2040, that number is expected to be as high as 642 million.

In people with pre-diabetes and type 2 diabetes, the body doesn't use insulin properly. These people are said to be insulin-resistant. In those with pre-diabetes, the body can still keep up with demand by producing more and more insulin. But, eventually, the body can't keep pace and it doesn't make enough insulin to keep blood sugar levels from rising. This is when type 2 diabetes develops.

A recent study reported that people with type 2 diabetes exposed to moderate cold for 10 days showed improved insulin resistance, which means they're using insulin more efficiently. This may have occurred due to an increase in brown fat activity. Other past research showed that brown fat is most active in the winter, when temperatures are coldest, the study authors noted.

For the new study, investigators used information from adults in 50 U.S. states, along with Guam, Puerto Rico and the U.S. Virgin Islands. The data covered from 1996 to 2009.

People told researchers if a doctor had ever diagnosed them with type 1 or type 2 diabetes. Approximately 91 percent of diabetes in high income countries is type 2.

The study team also looked at data from the World Health Organization on fasting blood sugar levels and obesity rates for 190 countries.

Although the researchers didn't have information on diabetes diagnoses globally, they did see signs that people were more insulin-resistant in warmer areas.

"People need to realize that global warming may have serious implications for our health, as we showed in this study that more persons get diabetes in years that the mean outdoor temperature is higher," Blauw said.

But not everyone is ready to sound the alarm bell just yet.

Dr. Joel Zonszein, director of the Clinical Diabetes Center at Montefiore Medical Center in New York City, said, "This is an interesting article, and a challenging concept."

But, Zonszein explained, "diabetes is a very complex disease and it's unlikely to come down to one factor, such as brown [fat]."

In addition, the database the researchers relied on used self-reported cases of diabetes, which can overestimate or underestimate diabetes rates, he pointed out.

The role of brown fat in people isn't yet clear, Zonszein said. Humans don't seem to have a lot of it, though it's very common in rodents.