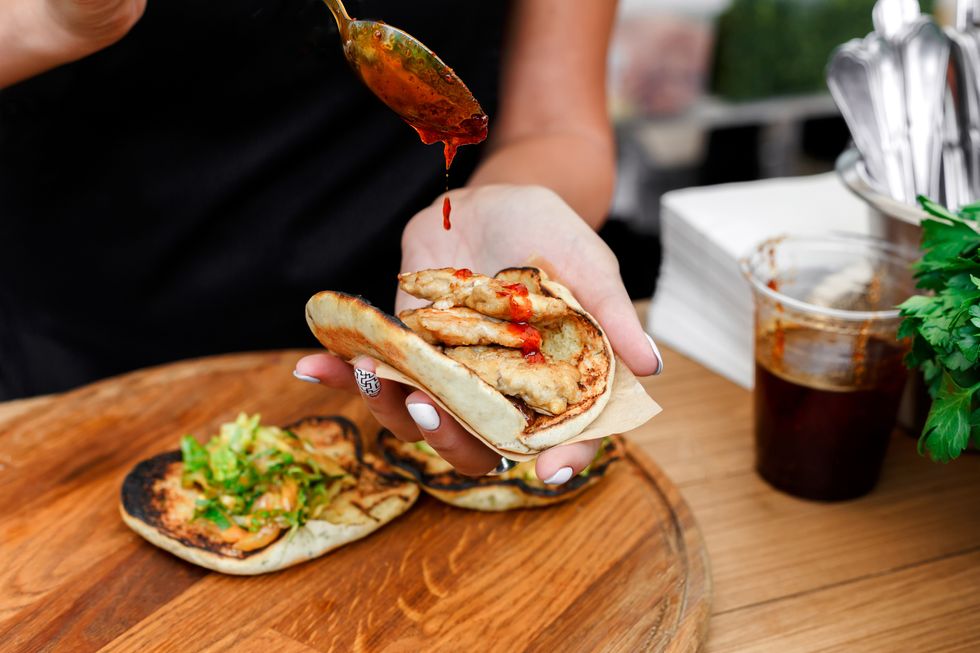 Want to Avoid Salt? Turn Up the Spice

If your taste buds lean toward spicy, you might be doing your heart a favor, new research suggests.

TUESDAY, Oct. 31, 2017 (HealthDay News)—If your taste buds lean toward spicy, you might be doing your heart a favor, new research suggests.

Zhu is director of Daping Hospital's Center for Hypertension and Metabolic Diseases at Third Military Medical University in Chongqing.

The research team conducted a mouse study alongside a human trial of more than 600 Chinese adults. Both correlated blood pressure levels with intake of spicy and salty dishes.

Foods like chili that dial up the heat essentially change the way the brain interprets salt, or sodium, intake, explained Zhu. As spice consumption goes up, the result is a notably reduced craving for salt, according to his study.

The World Health Organization (WHO) has identified salt reduction as the "key dietary target" in a push to cut the risk of dying from non-communicable illnesses by 2025.

Zhu and his associates pointed out that people in most of the world routinely take in far more than the WHO's recommended limit of 5 grams of dietary salt a day.

The American Heart Association advises consuming no more than a single teaspoon of salt -- about 2,300 milligrams of sodium -- a day. In the United States, three-quarters of all sodium consumption comes from processed and packaged foods and/or restaurant meals.

For the new study, the researchers assessed participants' preferences for salty and spicy flavors, and linked those tendencies to blood pressure levels.

The biggest consumers of spicy food were found to consume about 2.5 fewer grams of salt daily, compared to those with the blandest palates.

Participants were then divided into two dietary groups and underwent brain scans. One group ate a diet spiked with capsaicin, the major spicy compound in chili pepper. The other group consumed their usual diet. Previous research suggested that capsaicin at low levels -- not enough to cause a burning sensation on the tongue -- might enhance saltiness.

Imaging scans showed the capsaicin group experienced a significant increase in activity in a brain region central to the processing of taste. That region was also activated by salt.

That overlap, in turn, appeared to diminish the desire to consume salty food, the researchers said.

A related experiment conducted with mice confirmed a similar impact on the brain and salt desire.

According to Zhu, the study provides "insights for the enjoyment of spicy flavor as a promising behavioral intervention for reducing high salt intake and blood pressure."

But another doctor said the heart benefits of a spicy diet remain to be seen.

Dr. Gregg Fonarow is co-director of preventative cardiology at the University of California, Los Angeles.

However, "further studies are needed to determine if increased consumption of spicy food would have a favorable impact on health," Fonarow said.

The findings were released online Oct. 31 in the journal Hypertension.