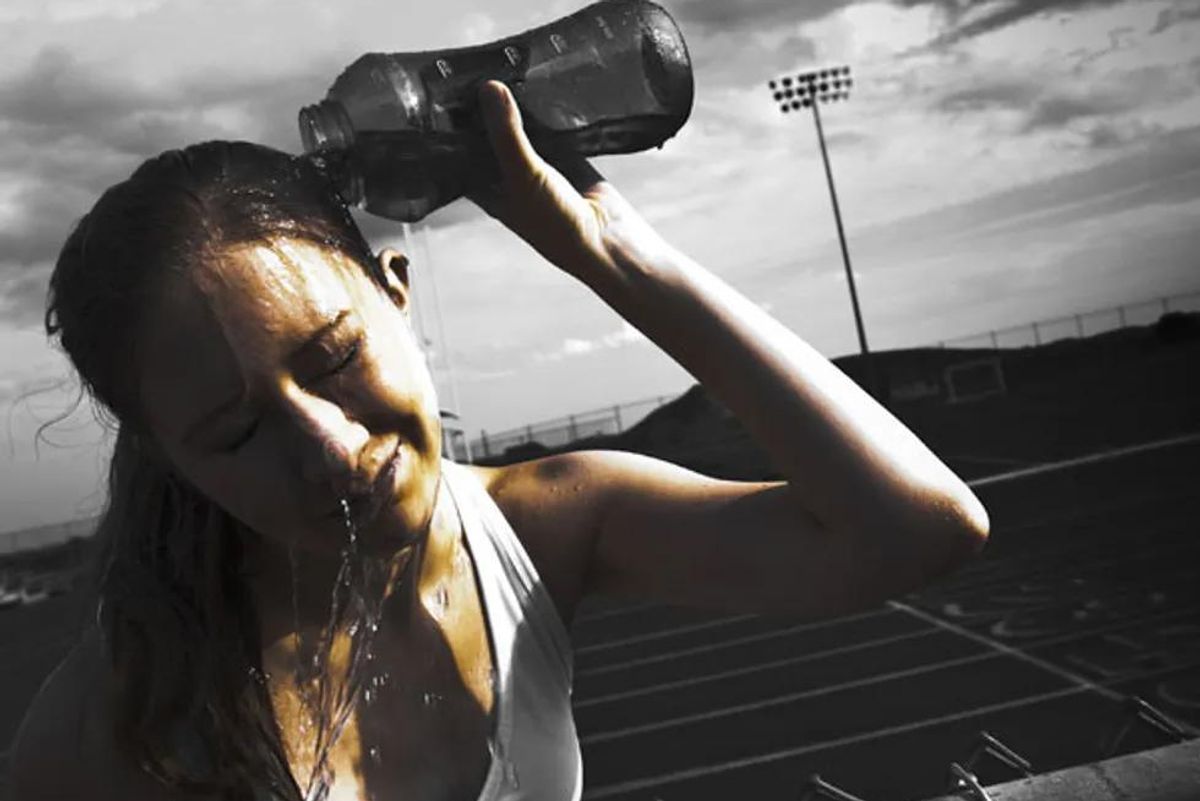 Turns Out You CAN Drink Too Much Water

FRIDAY, Sept. 5, 2014 (HealthDay News) -- The recent deaths of two high school football players highlight the danger faced by athletes if they drink too much water or too many sports drinks, a new study says.

The players died of exercise-associated hyponatremia, which occurs when athletes drink lots of fluids even when they're not thirsty. Too much fluid intake causes cells to swell with water, resulting in muscle cramps, nausea, vomiting, seizures, loss of consciousness and even death.

A high school football player in Georgia reportedly drank 2 gallons of water and 2 gallons of sports drink during practice. He later collapsed at home and died in hospital. Another high school football player -- this time from Mississippi -- developed hyponatremia during a game and died after being taken to hospital, according to the study published recently in the British Journal of Sports Medicine.

The researchers also noted that hyponatremia has been confirmed or suspected in more than a dozen runners' deaths in recent years.

Many coaches encourage athletes to drink before they get thirsty, but experts recommend that athletes drink only when thirsty, said study author Dr. James Winger, a sports medicine physician at Loyola University Medical Center.

While drinking only when thirsty can cause mild dehydration, "the risks associated with dehydration are small," Winger said in a Loyola news release.

"No one has died on sports fields from dehydration, and the adverse effects of mild dehydration are questionable. But athletes, on rare occasions, have died from over-hydration," he noted.

A previous study co-authored by Winger found that almost half of recreational runners in the Chicago area may be drinking too much fluid during races.

Myth or Fact: Are 8 Glasses of Water a Day Really Necessary?