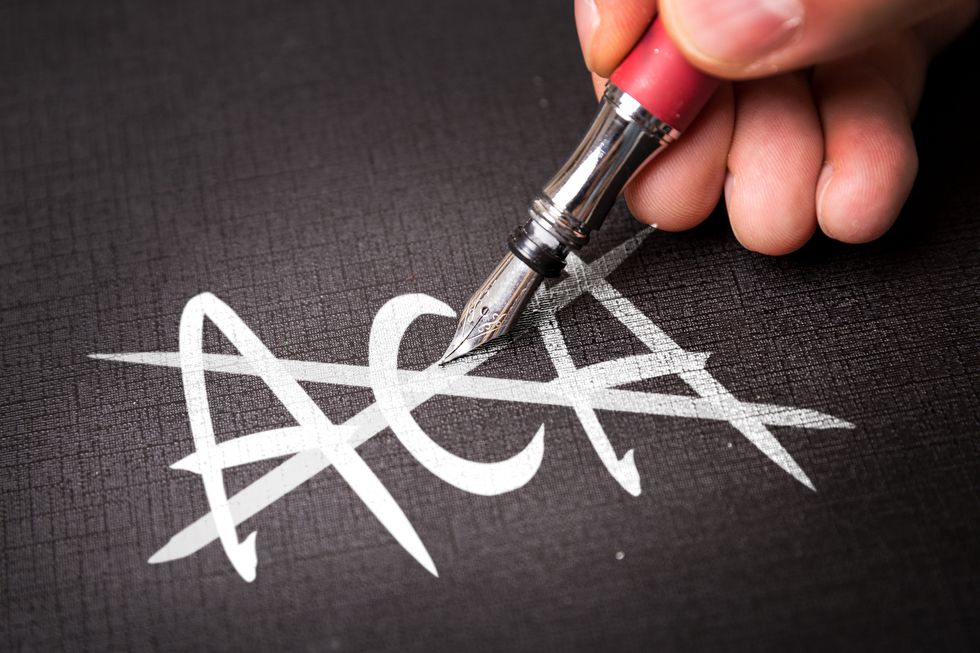 In yet another potential blow to Obamacare, President Donald Trump said he plans to sign an executive order that would eliminate vital federal subsidies to health insurance companies partnering in the program.

FRIDAY, Oct. 13, 2017 (HealthDay News)—In yet another potential blow to Obamacare, President Donald Trump said he plans to sign an executive order that would eliminate vital federal subsidies to health insurance companies partnering in the program.

"The government cannot lawfully make the cost-sharing reduction payments," the White House said in a statement, adding that, "Congress needs to repeal and replace the disastrous Obamacare law and provide real relief to the American people."

Trump's intentions were signaled late on Thursday—just hours after he signed an executive order that allows small businesses to band together and buy health insurance that flouts ACA regulations. Experts say that's another move that could weaken Obamacare, as healthier enrollees flee to cheaper but skimpier plans.

"You'll get such low prices for such great care," he said just prior to signing the executive order, CBS News reported.

But opponents say the order will undermine coverage offered to millions enrolled in the ACA.

Together, the two moves announced Thursday could be death blows to Obamacare. They come after Trump was unsuccessful multiple times in getting the program repealed via Congress.

In a joint statement, the top Democrats in Congress, Senator Chuck Schumer of New York and Representative Nancy Pelosi of California, said Mr. Trump had "apparently decided to punish the American people for his inability to improve our health care system," The New York Times reported.

"It is a spiteful act of vast, pointless sabotage leveled at working families and the middle class in every corner of America," they said. "Make no mistake about it, Trump will try to blame the Affordable Care Act, but this will fall on his back and he will pay the price for it."

But Speaker Paul Ryan, Republican of Wisconsin, supported Trump's decision. According to the Times, he said the Obama administration had overridden Congressional authority by paying the subsidies in the first place. "Under our Constitution," Mr. Ryan said, "the power of the purse belongs to Congress, not the executive branch."

Elimination of the subsidies now shifts the pressure to Congress, which could decide to cover the costs in a spending bill.

Trump's moves come less than three weeks before the Nov. 1 start to the open enrollment sign-up season for Obamacare. It's unclear whether any new rule changes could be ready for implementation within that timeframe.

"If there's a lot of hoopla around new options that may be available soon, it could be one more thing that discourages enrollment [in the ACA]," he said.

Under the new rules, association health plans will also be exempt from certain ACA rules, such as requirements that they cover standard benefits like prescription drug coverage. They also could be subject to limits on annual and lifetime costs, and people with preexisting conditions could be charged more for their coverage.

The Trump administration rule also eliminates restrictions on short-term health insurance plans, which offer limited benefits and are intended as a stopgap between jobs.

Under the Obama administration, such short-term plans could not last more than three months, but Trump plans to extend that duration to nearly a year.

Critics of the White House's latest move against the ACA include state insurance commissioners, health care policy experts, and many within the health insurance industry.

They argue that the order will lead to the creation of a "shadow" health insurance system that competes directly against the ACA marketplaces, offering cheap and limited policies. Healthier Americans will gravitate toward the skimpier coverage offered under these plans, opponents say, leaving sicker people in ACA-governed plans that will become increasingly expensive.

"No one healthy is now going to sign up in the ACA risk pool, because they have this cheaper option," Deep Banerjee, a health care analyst at S&P Global Ratings, told Politico. "It just takes away the opportunity of this risk pool getting better."

But some business groups are cheering the move, saying it will allow them to provide employees with insurance options that are affordable and appealing.

Dirk Van Dongen, the president of the National Association of Wholesaler-Distributors, told The New York Times he's "delighted" by the move.

"Small to midsize businesses have very little leverage in the insurance market," Van Dongen said. "Anything that allows them to amalgamate their purchasing power will be helpful."

The Obama administration had been concerned that businesses could use association health plans to flout ACA policies and coverage mandates. In 2011, it said that such plans would still be subject to tight federal regulation.

Obama-era officials also were concerned that healthy people could abuse short-term health plans, using the cheap plans as their main means of health coverage so they could avoid buying a more expensive ACA marketplace plan.

The most immediate threat to the stability of ACA marketplaces could come from these short-term health plans, since many large national insurers already offer these plans, analysts told the Times. It could prove easy for them to make new short-term policies quickly available that take advantage of Trump's executive order.

"They can cobble these things together pretty easily," John Graves, a health policy expert at Vanderbilt University, told the Times.

Association plans could take longer to roll out, since the federal government will have to iron out regulations regarding them. But they could have the same sort of impact if they become widespread.

Visit HealthCare.gov for details on how to enroll for health insurance under the Affordable Care Act.