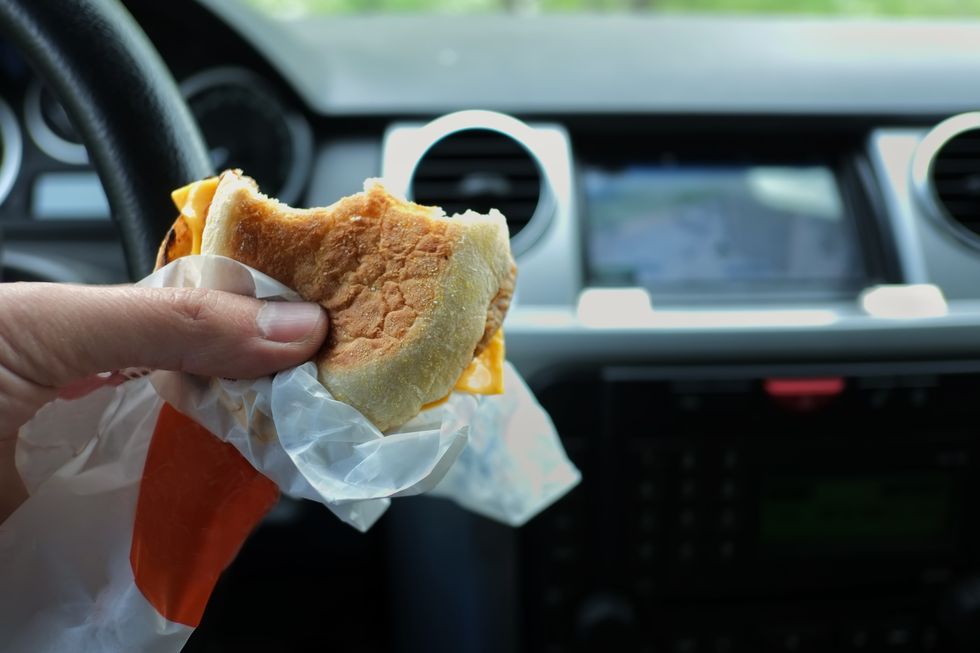 Toxins in Your Fast-Food Packaging?

Toxins in Your Fast-Food Packaging?

Many grease-resistant fast-food wrappers and boxes contain potentially harmful chemicals that can leach into food, a new study contends.

Testing on more than 400 samples from restaurants nationwide revealed that nearly half of fast-food wrappers and one out of five paperboard food boxes contained detectable levels of fluorine, said lead researcher Laurel Schaider. She's an environmental chemist at the Silent Spring Institute in Newton, Mass.

Major U.S. manufacturers voluntarily phased out PFOA and PFOS for most uses starting in 2011, but other countries still produce them. These study results show that fluorinated chemicals are still widely present in food packaging, the authors said.

"One of the challenges in avoiding exposure is you can't tell by looking at a wrapper whether it contains fluorine," Schaider said. "We can choose not to purchase a stain-resistant carpet or a stain-resistant coating on our furniture. But it's difficult for a consumer to choose food packaging that doesn't have fluorinated chemicals."

As a class, fluorinated chemicals are referred to as per- and polyfluoroalkyl substances (PFASs). They are used in a wide range of products, including carpeting, upholstery, floor waxes and outdoor apparel, the study authors said.

Some fast-food packaging is treated with PFASs to make the wrappers and boxes grease-resistant, Schaider said.

It has been found that PFASs can leach into food from packaging, Schaider said. Heat and grease appear to help the chemicals migrate into food, she added.

According to the Foodservice Packaging Institute, only "short-chain" fluorinated chemicals are still used in fast-food packaging. The "short-chain" chemicals "have been rigorously reviewed by the U.S. Food and Drug Administration and found to be safe for their intended use," the industry group said in a statement.

For the new study, the researchers said they gathered hundreds of samples from 27 fast-food chains in five metropolitan areas across the United States. They used particle-induced gamma-ray emission (PIGE) spectroscopy to analyze the samples for fluorine, Schaider said.

"Paper normally doesn't contain much fluorine, so we reasoned this would be a method of detecting the presence of PFASs," Schaider said.

The research team said it found that 46 percent of paper wrappers and 20 percent of paperboard box samples for foods like pizza and fries contained fluorine. The team also tested paper cups used for hot and cold beverages, but found no significant levels of fluorine.

Paper wrapper samples containing fluorinated chemicals ranged from about 38 percent of sandwich/burger wrappers up to about 57 percent of wrappers used for desserts, breads and Tex-Mex foods, the study authors said.

To validate their analysis, the researchers conducted a more detailed study on a subset of 20 samples, Schaider said.

In general, samples that were high in fluorine also contained PFASs. Six of the samples also contained a long-chain PFOA, even though the chemical is no longer widely used because of health hazards.

PFOA could be present in these wrappers because recycled paper was used in their manufacture, Schaider said—an indication of how difficult it is to remove these chemicals from the environment.

Studies have shown that PFASs from consumer products accumulate in landfills and can migrate into groundwater, Schaider said. Fluorinated chemicals also are allowed in compostable food packaging.

"It seems incompatible to have these chemicals that never break down in paper that we want to compost," Schaider said.

There is particular concern regarding the long-term effects of these chemicals on children, said a chemical exposure specialist who wasn't involved in the study.

Fluorinated chemicals have been found in umbilical cord blood, suggesting that fetuses are exposed to PFASs, said Dr. Kenneth Spaeth, chief of occupational and environmental medicine for Northwell Health in Great Neck, N.Y.

"With chemicals like this, exposure begins in utero and continues once we're born through childhood and into adulthood," said Spaeth. "That has real potential ramifications in terms of our health."

It's unlikely that new regulations will be adopted to remove PFASs from products, Spaeth added. Instead, he recommended public pressure as a means for future change.

"A lot of products have become BPA-free, not because they were forced to but because of public concern and public outcry," he said, referring to Bisphenol A, an estrogen-imitating chemical used in plastics. "If consumers are waiting for public oversight, I don't think it's going to happen."

The study was published Feb. 1 in the journal Environmental Science & Technology.