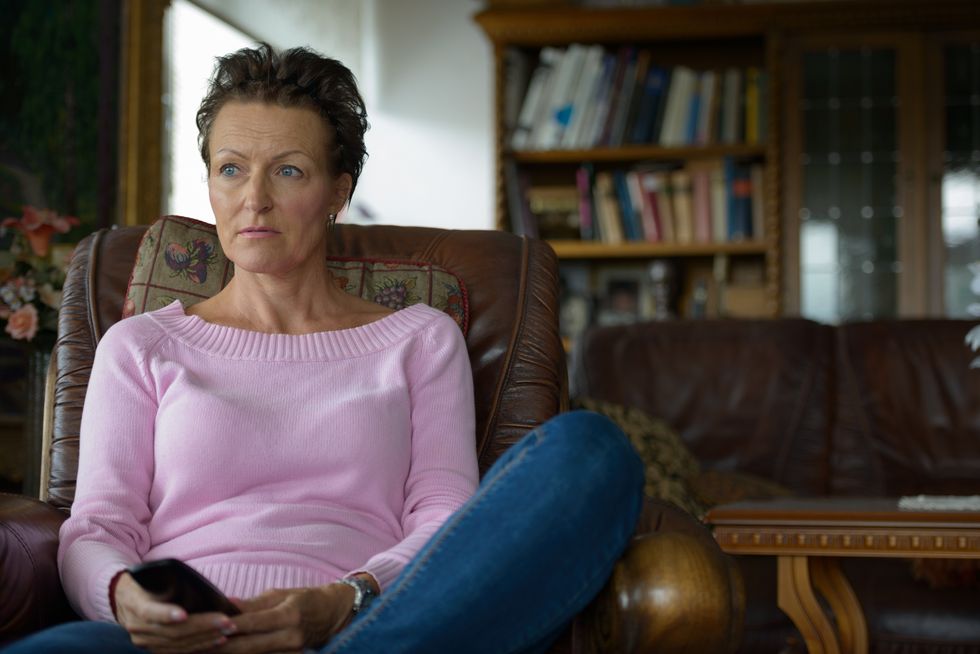 The old saying, "TV rots your brain," could have some validity for folks as they age.

READ: How Puzzles May Help Your Aging Brain

In a new study, middle-aged people who watched television for more than 3.5 hours a day experienced a decline in their ability to remember words and language over the next six years, British researchers found.

What's worse, it appears that the more TV you watch, the more your verbal memory will deteriorate, researchers said.

"Overall, our results suggests that adults over the age of 50 should try and ensure television viewing is balanced with other contrasting activities," said lead researcher Daisy Fancourt. She's a senior research fellow at University College London.

For the study, researchers relied on data from a long-term study of aging involving more than 3,600 residents of England.

Participants reported the amount of hours of TV they watched daily. They also had their thinking and reasoning skills regularly tested as part of the study.

People who watched less than 3.5 hours of TV a day didn't seem to suffer any deterioration in their brain power, Fancourt said.

But more than that amount, people became increasingly apt to struggle with words or language in tests conducted six years later.

The decline in language skills is similar to that experienced by the poor as they age, Fancourt said.

"We already know from a number of studies that being of low socio-economic status is a risk factor for cognitive decline," Fancourt said. "If we compare the size of association for watching television for greater than 3.5 hours a day, it has a similar-sized association with verbal memory as being in the lowest 20 percent of wealth in the country."

The worst deficits occurred in those people who watched more than seven hours of television daily, researchers found.

While only an association was seen in the study, there are a couple of potential reasons why this might happen.

"Due to the fast-paced changes in images, sounds and action, yet the passive nature of receiving these -- i.e., television does not involve interaction as gaming or using the internet does -- watching television has been shown in laboratory studies to lead to a more alert, but less focused, brain," Fancourt explained.

Some TV viewing is also stressful, and stress has been associated with a decline in brain power, she added.

The specific effect on verbal skills indicates that avid TV viewing could be replacing other activities that would be better for the brain, said Rebecca Edelmayer, director of scientific engagement at the U.S.-based Alzheimer's Association.

"You're spending more time not engaging with your family, your friends and having social conversations, because they're specifically reporting a decrease in verbal recall," Edelmayer said. "We know engagement with others in conversation is something that supports and protects verbal recall."

People who want to protect their thinking skills need to socialize often and engage in other activities that "stretch" their brain, Edelmayer said.

In fact, a long-term study published just last week in the journal Neurology found that exercising both the brain and body during middle age may guard against dementia. Such mental exercise includes reading, playing music, sewing or painting, according to the report.

"The recommendation would always be to stretch yourself and stay as engaged as you can be, whatever the connection is," Edelmayer said. "We're asking you for best brain health to go outside your normal passive box."

The new study was published Feb. 28 in the journal Scientific Reports.

You & Your Brain: A Collaboration of HealthyWomen, Prevention & Women’s Alzheimer’s Movement at Cleveland Clinic