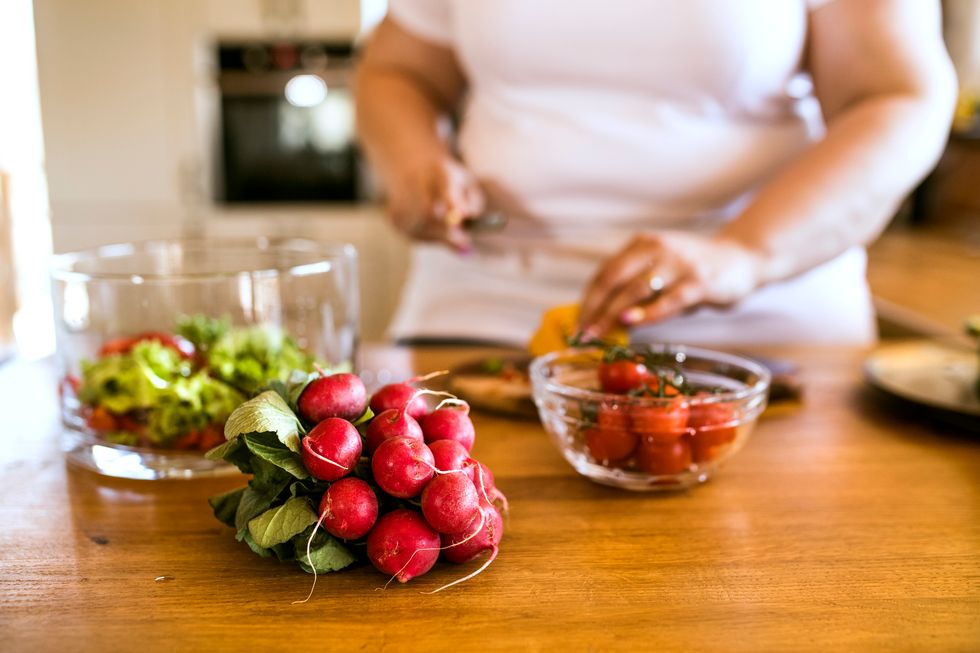 Those With 'Obesity Genes' May Gain Most From Healthy Eating

Though healthy eating is good for everyone, those who have genes that put them at high risk for obesity might benefit the most.

WEDNESDAY, Jan. 10, 2018 (HealthDay News) -- Though healthy eating is good for everyone, those who have genes that put them at high risk for obesity might benefit the most.

A new study suggests that even those who carry an inherited predisposition to pack on excess pounds are not destined to become obese.

In fact, researchers say it can be avoided over time by adopting a healthy diet rich in fruits and vegetables and unencumbered by salt, sugar, alcohol and red meat.

The finding stems from a new analysis of diet, lifestyle and medical data on about 14,000 men and women that had been collected for two earlier studies.

"Interestingly, the protective effects appear to be more evident among those at higher genetic risk," he said.

Qi serves as director of the Obesity Research Center at the Tulane University School of Public Health and Tropical Medicine, in New Orleans. The study was published Jan. 10 in The BMJ.

Qi and his colleagues stressed that obesity risk is driven by a complex brew of genetic and environmental factors.

Also, although DNA analyses can easily spot genetic variations linked to obesity, the genetic propensity for gaining weight is itself a complex calculation.

Still, he said, the population can be divided into groups with low, intermediate and high risk, each representing about a third of the population.

Data for the analysis was drawn from two long-running studies of health care professionals -- one involving mostly women and one mostly men. Nearly all participants were white.

The data included information on dietary routines and changes to the participants' body mass index (BMI), a measure often used to categorize weight. Exercise habits were not assessed.

Qi's team compared the participants' eating habits with three different diets: the Alternate Healthy Eating Index 2010 (AHEI-2010), the Dietary Approach to Stop Hypertension (DASH) and the Alternate Mediterranean Diet (AMED). Though they differ in some ways, the three diets are all considered to be healthy eating plans.

The researchers also assigned a genetic risk score for obesity to each participant. To do that, they considered 77 genetic variations that have been linked to BMI status.

People whose eating habits over two decades aligned most closely with either the DASH or AHEI-2010 diets experienced a drop in overall body weight and BMI, the study found.

The strongest association was among those who had the greatest genetic risk for obesity.

The researchers cautioned that it's premature to comment on cause and effect. And though Qi said he's previously reported on how exercise can protect against obesity, the latest analysis did not take that factor into consideration.

Dr. Nathalie Farpour-Lambert, president-elect of the European Association for the Study of Obesity, described the findings as "encouraging."

In an editorial published with the study, she noted that the findings "help to dispel misconceptions that a genetic predisposition will inhibit successful weight management."

She also argued that the observations should "reinforce the critical urgency of [promoting] comprehensive policies that prioritize healthy food environments and systems, with an emphasis on people at greatest risk."

"Genetic predisposition," Farpour-Lambert said, "is no barrier to successful weight management, and no excuse for weak health and policy responses."

She's also head of the global obesity program at University Hospitals of Geneva in Switzerland.