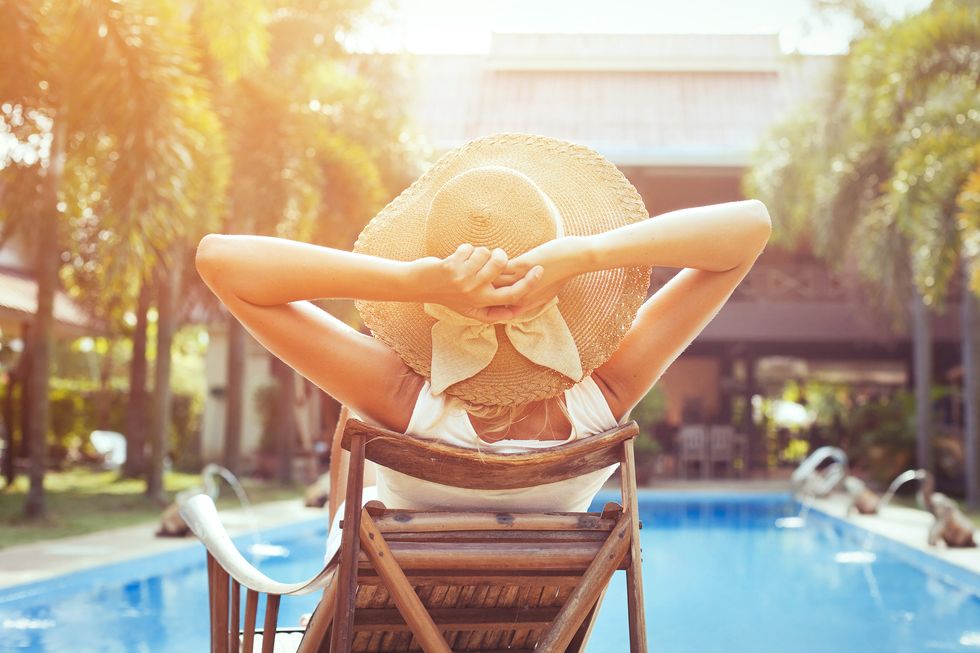 Take a Vacation, Your Heart Will Thank You

Take a Vacation, Your Heart Will Thank You

u've been enjoying a lot of time off this summer, a new analysis has good news: All that vacationing might lengthen your life.

TUESDAY, Aug. 28, 2018 (HealthDay News) -- If you've been enjoying a lot of time off this summer, a new analysis has good news: All that vacationing might lengthen your life.

READ: How to Eat Healthy on Vacation

The finding comes from an updated review of data in a 1970s Finnish heart health study that followed roughly 1,200 middle-aged men in their 40s and 50s for almost four decades.

All of the men were believed to face a higher than average risk for heart disease, and half of them were given five years of advice regarding diet, weight, exercise, blood pressure, cholesterol and triglyceride levels. The other half was not offered any special health guidance.

Now, roughly 40 years later, it turns out that men who got the heart advice but took only three weeks or less of vacation time each year were 37 percent more likely to die, compared to those who took more than three weeks off a year.

Study author Dr. Timo Strandberg said the key takeaway from the findings is that "in general, vacation -- if you enjoy it -- is good for health."

Why? Strandberg said that while the investigation didn't track the men's stress levels, "stress, with multiple effects in the human body, would be a good candidate" to explain why those who didn't take much vacation had worse outcomes overall.

Strandberg is a professor at the Universities of Helsinki and Oulu and at Helsinki University Hospital in Finland.

He was to present the findings Tuesday at the European Society of Cardiology's annual meeting, in Munich, Germany. Such research is considered preliminary until published in a peer-reviewed journal.

The long-running Finnish study initially found that those who received heart health advice saw their risk for heart disease plummet by 46 percent by the end of a five-year period, compared with the group that got no lifestyle advice.

But a second analysis -- completed roughly 15 years later -- unexpectedly revealed that more people in the advice group had actually ended up dying (by 1990) than in the non-advice group.

Now, the third analysis -- which tracked mortality up until 2014 -- found that over the first 30 years following the study launch (until 2004), the death rate among those who had been given heart advice continued to be consistently greater than among those given no advice.

To better understand the earlier mortality pattern, Strandberg decided to examine vacation habits during the period of time when death rates were higher among the guidance group (1974-2004).

That led to the discovery that during that 30-year time frame death rates were 37 percent higher among those in the heart guidance group who had taken only three or fewer weeks of vacation each year.

Strandberg further noted that those "men with shorter vacations worked more and slept less than those who took longer vacations. This stressful lifestyle may have overruled any benefit of the intervention. We think the intervention itself may also have had an adverse psychological effect on these men by adding stress to their lives."

But the study only found an association between vacation time and death rates, not cause and effect.

As to whether the protective aspect of longer vacations might also apply to women, Strandberg said it is a "very difficult question," though he suggested that it likely would.

Dr. Sana Al-Khatib, a professor of medicine and cardiology-electrophysiology with Duke University Medical Center in Durham, N.C., suggested that the findings might have to be taken "with a grain of salt.

"While this is an interesting study and the findings may make sense, I am a bit worried about how the analysis was done," she cautioned.

Al-Khatib noted, for example, that the finding that longer vacations may be protective seems to stem from a broad but unfocused "fishing expedition" aimed at explaining the surprising initial finding.

Still, she acknowledged that "stress is known to have adverse effects on health, and so anything that relieves stress in a significant way -- like prolonged vacation -- is likely to have a salutary effect on outcomes, and I suspect this would be true of men and women."

But the bottom line, said Al-Khatib, is that while the vacation finding is "plausible," it remains a theory in need of confirmation by further research.