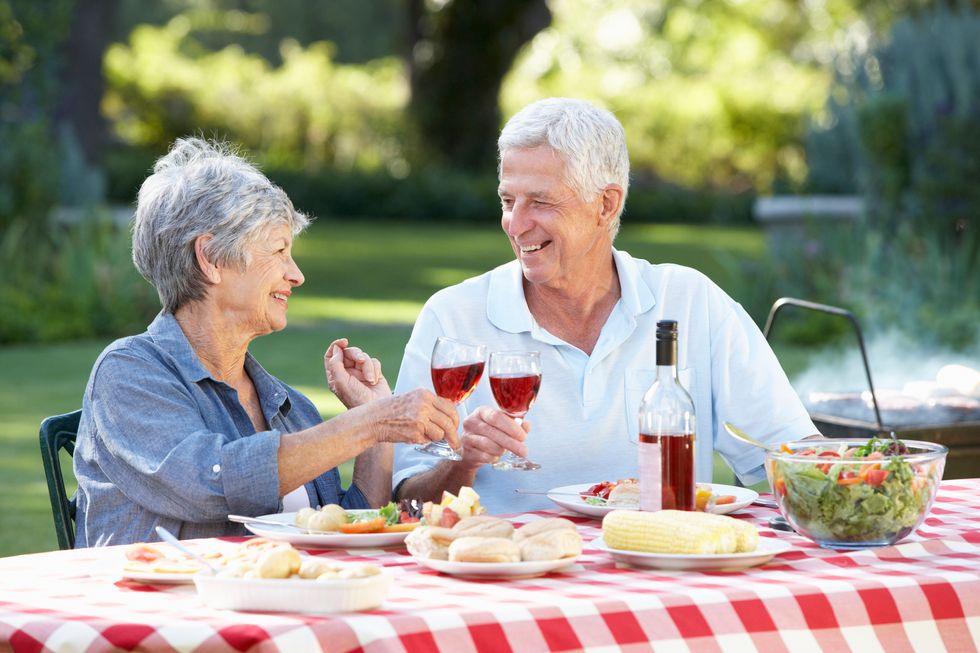 Moderate drinking may be associated with a reduced risk of dementia in seniors, a new study suggests.

SUNDAY, Aug. 6, 2017 (HealthDay News)—Moderate drinking may be associated with a reduced risk of dementia in seniors, a new study suggests.

But the study authors stressed that the findings shouldn't be interpreted as a signal to drink freely. The study only found an association between some alcohol consumption and mental sharpness, not a cause-and-effect link.

Researchers followed more than 1,300 adults from 1984 to 2013. They lived in a white-collar, middle- to upper-middle-class suburb in San Diego County, California. Most were white with at least some college education.

Their thinking and memory (cognitive) skills were assessed every four years.

Among men and women 85 and older, those who drank moderate amounts of alcohol five to seven days a week were twice as likely to show no signs of dementia than non-drinkers, according to the study in the August issue of the Journal of Alzheimer's Disease.

Moderate drinking was defined as up to one alcoholic beverage a day for adult women of any age and men 65 and older, and up to two drinks a day for men under 65.

Heavy drinking was defined as no more than three alcoholic beverages per day for adult women of any age and men 65 and older, or four drinks a day for men under 65.

Previous studies have found a link between moderate alcohol intake and longevity.

"This study is unique because we considered men and women's cognitive health at late age and found that alcohol consumption is not only associated with reduced mortality, but with greater chances of remaining cognitively healthy into older age," said senior author Linda McEvoy. She is an associate professor at the University of California, San Diego School of Medicine.

"It is important to point out that there were very few individuals in our study who drank to excess, so our study does not show how excessive or binge-type drinking may affect longevity and cognitive health in aging," McEvoy said in a university news release.

Excessive drinking over a long period is known to cause alcohol-related dementia.

The researchers emphasized that this study does not suggest drinking is responsible for a decreased risk of dementia. They noted that alcohol consumption, particularly wine, is associated with higher incomes and education levels, which in turn are linked to lower rates of smoking and mental illness as well as better access to health care.

"This study shows that moderate drinking may be part of a healthy lifestyle to maintain cognitive fitness in aging," study author Erin Richard said in the news release.

"However, it is not a recommendation for everyone to drink," she added. "Some people have health problems that are made worse by alcohol, and others cannot limit their drinking to only a glass or two per day. For these people, drinking can have negative consequences."

Richard is a student in a joint doctoral program in public health at San Diego State University and UC San Diego.