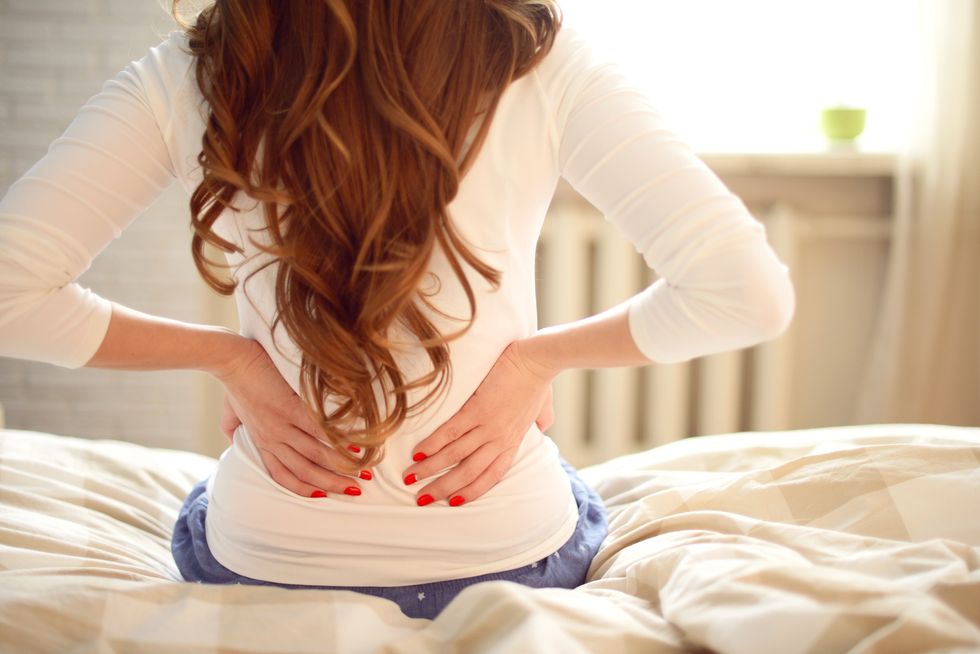 Mechanized "smart" undergarments may be the answer to back pain, according to researchers.

FRIDAY, Aug. 11, 2017 (HealthDay News)—Mechanized "smart" undergarments may be the answer to back pain, according to researchers.

The Vanderbilt University engineers have created an undergarment that eases stress on the low back and activates only when a wearer needs it.

"I'm sick of Tony Stark [the fictional Iron Man] and Bruce Wayne [Batman's alter ego] being the only ones with performance-boosting supersuits. We, the masses, want our own," Karl Zelik, principal investigator on the project, quipped in a university news release. "The difference is that I'm not fighting crime. I'm fighting the odds that I'll strain my back this week trying to lift my 2-year-old."

That same kind of back strain got the assistant professor of mechanical engineering thinking about wearable tech solutions.

Made of nylon canvas, Lycra, polyester and other materials, the "smart" underwear feels and behaves like regular clothes, according to researchers.

It has one section for the chest and another for the legs. The sections are connected by straps across the middle back, with natural rubber pieces at the lower back and glutes.

A double tap that engages the straps activates the device. It can also be controlled wirelessly using an app.

The new device was recently unveiled in Brisbane, Australia, and is slated to debut in the United States at an American Society of Biomechanics meeting in Boulder, Colo., this week.

To test the undergarment, eight volunteers lifted 25-pound and 55-pound weights. The device eased muscle use in the lower back by 15 percent to 45 percent, according to the researchers.

"The next idea is: Can we use sensors embedded in the clothing to monitor stress on the low back, and if it gets too high, can we automatically engage this smart clothing?" Zelik said in the news release.

More than half of adults have low back pain at some point. The condition leads to an estimated $30 billion in medical costs and more than $100 billion in lost productivity each year in the United States.

Co-investigator Dr. Aaron Yang specializes in nonsurgical treatment of the back and neck at Vanderbilt University Medical Center. He's seen many back devices and usually views them with doubt.

The "smart" undergarment is not meant to treat existing back pain, he emphasized. Instead, it aims to prevent pain by reducing stress and fatigue on muscles in the lower back, he said.

"People are often trying to capitalize on a huge societal problem with devices that are unproven or unviable," Yang said in the news release. "This smart clothing concept is different. I see a lot of health care workers or other professionals with jobs that require standing or leaning for long periods. Smart clothing may help offload some of those forces and reduce muscle fatigue."