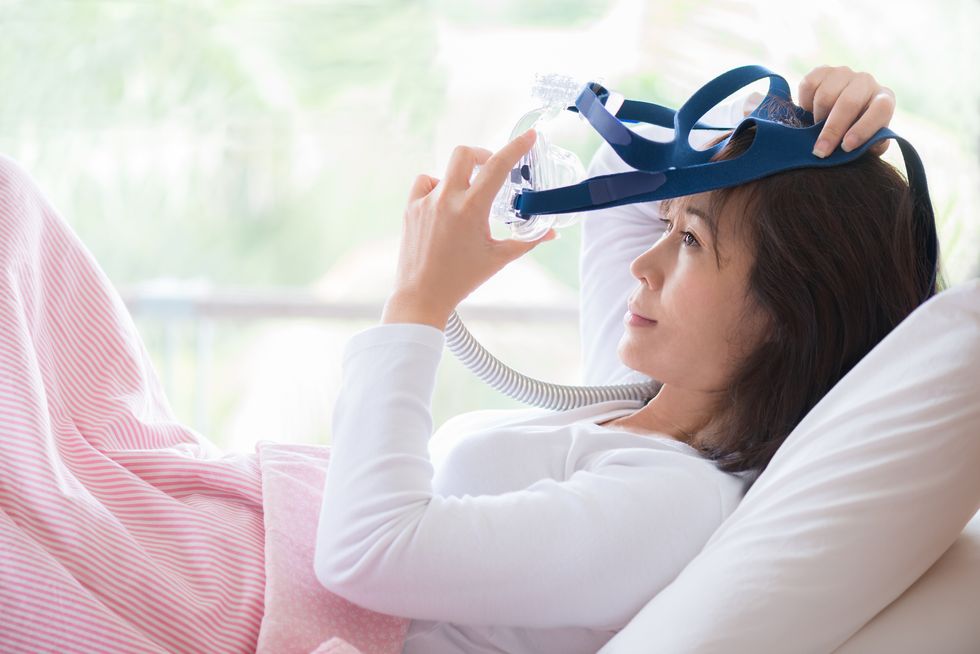 If your sleep is continually disrupted by a condition called sleep apnea, you might face a higher chance of developing Alzheimer's down the road.

FRIDAY, Nov. 10, 2017 (HealthDay News)—If your sleep is continually disrupted by a condition called sleep apnea, you might face a higher chance of developing Alzheimer's down the road.

So claims a new study that has linked sleep apnea with an increase in the development of amyloid plaque in the brain, a hallmark of Alzheimer's disease.

The researchers found that the more serious the sleep apnea was, the more plaque accumulated.

"Sleep apnea is very common among the elderly, and many aren't aware they have it," said senior researcher Dr. Ricardo Osorio. He is an assistant professor of psychiatry at New York University School of Medicine in New York City.

An estimated 30 percent to 80 percent of the elderly suffer from sleep apnea, depending on how it's defined, the study authors noted.

Although none of the participants developed Alzheimer's over the two years of the study, those with sleep apnea accumulated amyloid plaque, which could trigger Alzheimer's in the future, Osorio said.

Sleep apnea occurs when you have one or more pauses in breathing or shallow breaths during sleep.

Those pauses can last from a few seconds to minutes, and they can occur 30 times or more an hour. Normal breathing usually starts again, sometimes with a loud snort or choking sound, according to the U.S. National Heart, Lung, and Blood Institute.

Alzheimer's disease is a fatal condition in which memory deteriorates over time. Alzheimer's affects some 5 million older Americans, and as the millions of baby boomers age, that number will only grow.

Osorio suggested that treating sleep apnea would likely reduce the accumulation of amyloid plaque and also the risk of Alzheimer's.

Sleep is necessary for the brain to clear itself of amyloid, Osorio explained. "During sleep, the brain does housekeeping and clears some of the proteins that have accumulated during the day, including amyloid," he said.

But sleep apnea hinders the brain in its efforts to flush out these plaques, he added.

To understand the effect of sleep apnea on the development of brain plaque, Osorio and colleagues studied 208 men and women, aged 55 to 90, who weren't suffering from any type of dementia.

In all, more than 50 percent of the participants had sleep apnea. Nearly 36 percent suffered from mild sleep apnea, and about 17 percent had moderate-to-severe sleep apnea.

Over two years of follow-up, Osorio's team found that among 104 of the participants, those who suffered from more severe sleep apnea had signs in their spinal fluid that indicated the development of brain plaque.

Osorio's group confirmed this increase in plaque by giving PET scans to some of the patients. Scans showed an increase in amyloid plaque among those with sleep apnea.

Although increases in plaque were seen, this did not predict mental decline, the researchers stressed.

The findings were published online Nov. 10 in the American Journal of Respiratory and Critical Care Medicine.

Osorio noted that the study was too short to determine who might go on to develop Alzheimer's, but the researchers are continuing to follow the participants to see if dementia develops.

One Alzheimer's expert said the link is plausible.

"We think sleep disorders are an important aspect in the development of the disease, and they are also treatable," said Dean Hartley, director of science initiatives at the Alzheimer's Association.

People suffering from sleep apnea should have a full sleep workup and get treatment, Hartley said.