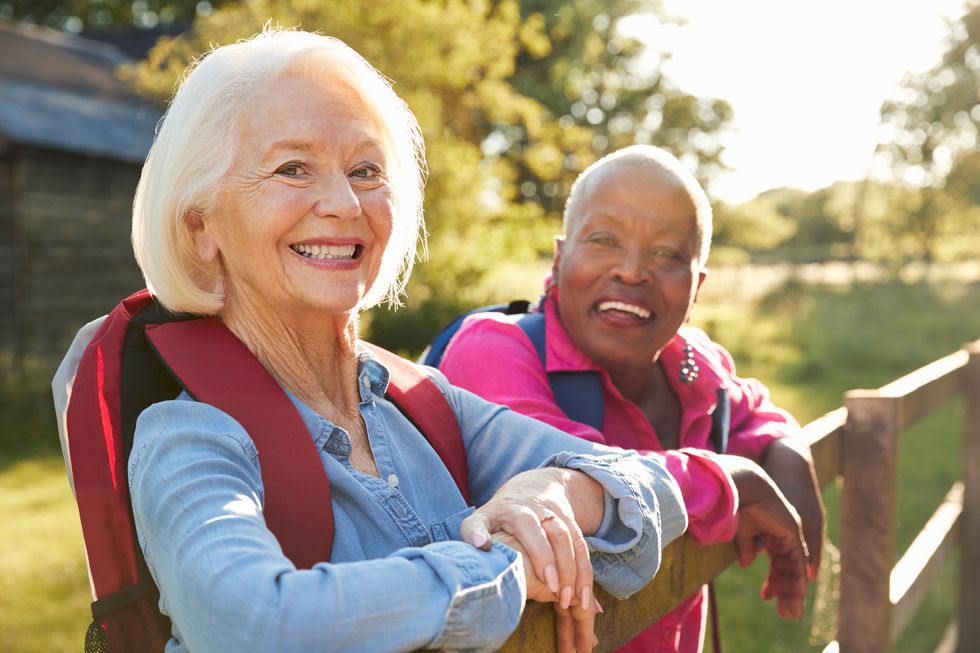 Sitting Tied to Raised Risk of Death From 14 Diseases

Sitting Tied to Raised Risk of Death From 14 Diseases

Get up off of the couch: Sitting too much may kill you even if you exercise regularly.

MONDAY, July 2, 2018 (HealthDay News) -- Get up off of the couch: Sitting too much may kill you even if you exercise regularly.

If you sit for six hours a day or more, your risk of dying early jumps 19 percent, compared with people who sit fewer than three hours, an American Cancer Society study suggests.

"The simple message is that we should be moving more," said lead researcher Alpa Patel. She's strategic director of the cancer society's prevention study-3.

"The less sitting you do, the better it is for you," she said. "Breaking up an hour of sitting with 2 minutes of standing or light activity can improve cholesterol, blood sugar and blood pressure."

The study couldn't prove cause and effect, but it's clear that Americans are spending more time in their seats -- watching TV, working and playing on computers and smartphones. With age people sit more, and people with chronic disease spend even more sedentary time, the researchers noted.

An Australian study estimated that 90 percent of non-working time was sedentary, and that more than half of it was spent watching TV or sitting at computers.

It's not clear why prolonged sitting is unhealthy, Patel said. It's possible that people who spend a lot of time on the couch also have other unhealthy behaviors, such as excess snacking, she suggested.

In addition, prolonged sitting has been linked to higher levels of triglycerides, blood sugar, blood pressure and insulin. Sitting has also been tied to inflammation caused by obesity.

These consequences might explain why sitting was linked with death from heart, liver and kidney disease, as well as cancer, diabetes and COPD, Patel said.

It's less clear why death from suicide, Parkinson's and Alzheimer's, as well as nervous and musculoskeletal disorders, seems associated with sitting. For these, she said, it's possible that the conditions themselves result in more sedentary time.

The increased mortality risk differed by disease, ranging from 10 percent for cancer to 60 percent for musculoskeletal disease, Patel said.

For the study, Patel's team collected data on nearly 128,000 men and women who were part of an American Cancer Society prevention study. At the start of the study, all were free of major chronic diseases. During 21 years of follow-up, nearly 49,000 people died.

Dr. David Katz, director of the Yale-Griffin Prevention Research Center in Derby, Conn., said, "We have known for some time now that sitting for extended periods daily is injurious to health."

He noted that this study links excessive sitting to an increased risk of dying early from an array of causes -- everything from heart disease to suicide.

"Does this mean that sitting excessively increases suicide risk? That seems implausible," Katz said. "Perhaps depressed people lack the motivation to get up and go out. But then again, we know that routine activity is important to mental health, so some contribution of sedentariness to the severity of depression is not out of the question."

Even though more study is needed to figure out why sitting appears to boost the risk of early death, what to do about it is no mystery, he said.

"The remedy is at hand -- stand up, stretch, walk around; repeat often," said Katz, who's also a past president of the American College of Lifestyle Medicine.

The report was published in June in the American Journal of Epidemiology.

It's not just about memory games and puzzles. Diet, exercise and social connections also play a big part in brain health.