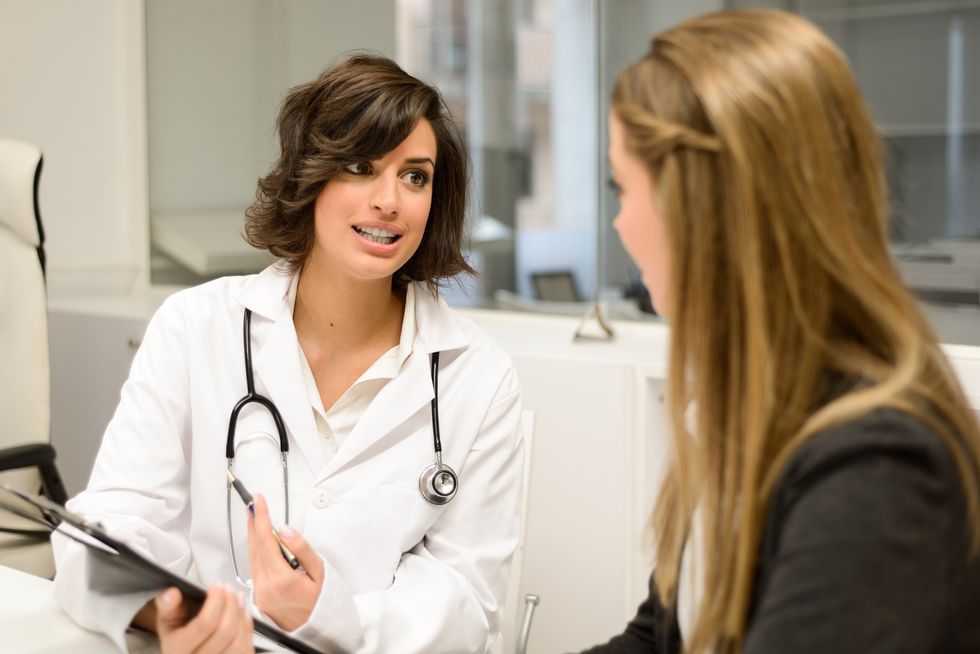 Should You Get Tested for the Breast Cancer Gene?

Though testing for two genes that raise breast cancer risk has been around for decades, a new survey finds many high-risk women don't get the test, often because they aren't told to by their doctors.

TUESDAY, Feb. 7, 2017 (HealthDay News)—Though testing for two genes that raise breast cancer risk has been around for decades, a new survey finds many high-risk women don't get the test, often because they aren't told to by their doctors.

Among women with the highest risk, about eight of 10 said they wanted testing for the BRCA1 and BRCA2 mutations. But, "only about half of them actually got the testing they should get," said study author Dr. Allison Kurian, from Stanford University's School of Medicine.

"Genetic cancer testing is not well matched to the medical needs of the patient, to a woman's risk of having a mutation," said Kurian, an associate professor of medicine and of health research and policy.

About 56 percent of the high-risk women who were not tested said their doctors did not recommend it, the survey found.

In addition to the test itself, genetic counseling can help patients decide whether to seek testing or help them understand test results. But only about 40 percent of all high-risk women, and 60 percent of high-risk women who were tested, said they got such counseling, Kurian's team found.

In the survey, more than 2,500 women with breast cancer were questioned two months after surgery. The patients were asked if they had wanted genetic testing and, if so, whether they had received it. The women ranged in risk, with 31 percent having a high risk of carrying the BRCA mutations that raise both breast and ovarian cancer risk.

Asian Americans and older women were particularly likely to not have been tested, the survey found.

"I think it's very concerning," Kurian said of the findings. She noted that the survey was limited because it was based only on women's responses and recollections. For instance, doctors might have mentioned genetic testing and women might have forgotten that.

Genetic testing, when warranted, can help determine a woman's risk of future cancer and sometimes guide the best type of treatment, Kurian said. A woman can also alert close relatives, such as sisters and daughters, about positive results, in case they want to get tested.

Guidelines from organizations such as the National Comprehensive Cancer Network and the American College of Obstetricians and Gynecologists recommend genetic testing based on risk. An example of someone who should consider it, Kurian said, would be a woman who had breast cancer before age 50 and has a first-degree relative with the disease.

"It used to be this testing was very expensive, costing around $4,000," Kurian said. Then the U.S. Supreme Court ruled in 2013 that genes couldn't be patented, which opened the way for other companies to offer the testing. If not covered by insurance, women can now get the tests for about $250 to $500.

That change was reflected in the findings: Less than 14 percent of the women cited expense as a barrier to testing.

According to Dr. Leonard Lichtenfeld, deputy chief medical officer for the American Cancer Society, "The study hits home. It points out a fundamental problem in what we do and how we do it."

For genetic testing, he said, the science is there, the capability is there, but the implementation is lacking.

However, he cited some limitations with the survey. As Kurian said, the testing information was self-reported, so it may not have been entirely accurate.

Also, the timing of the survey—from July 2013 to September 2014—could have affected the results, Lichtenfeld added.

"Genetic testing was available, but only through a single company, through June of 2013," he said. Other labs may still have been gearing up when the survey ended, so testing prices may not have dropped at that point, Lichtenfeld said.

The geographic area surveyed was also limited, he said, including just Georgia and California.

And while the testing has become less expensive, insurance coverage isn't universal, according to Lichtenfeld. Some plans won't cover testing until a woman is already diagnosed with cancer or they may set additional criteria, such as having a cancer diagnosis and a relative with cancer.

Health professionals need to do a better job of checking and updating family history and understanding what the genetic risk factors for breast cancer might be, Lichtenfeld said. And they need to talk more about genetic testing to patients, he added.

The study was published Feb. 7 in the Journal of the American Medical Association, and was funded by the U.S. National Institutes of Health.