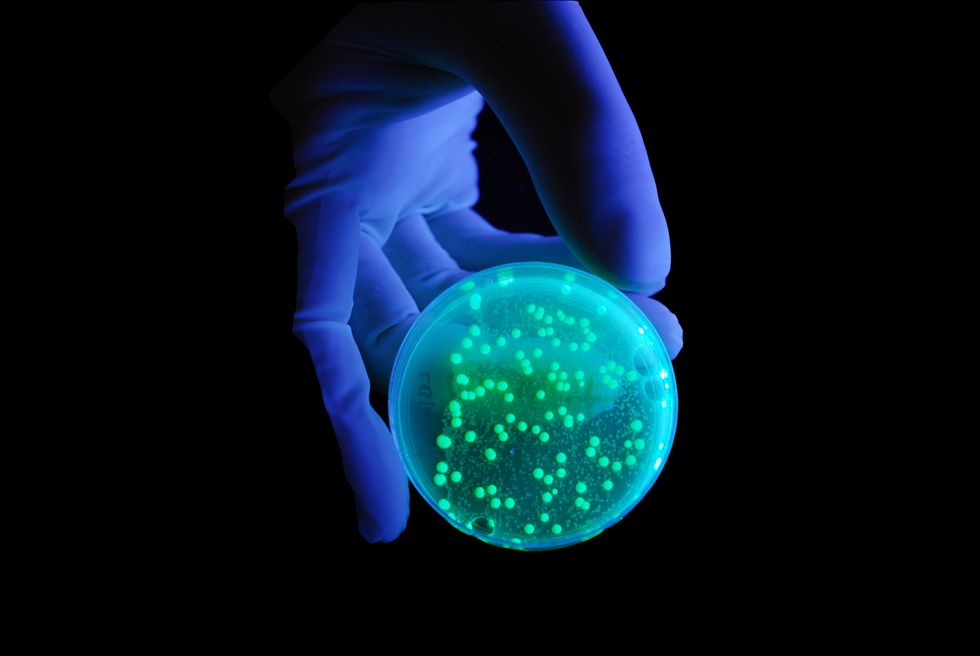 As a particularly nasty flu season rages across the United States, scientists have found a powerful new disinfectant that makes "light" work of the virus.

Read More: What You Need to Know About The Flu

But he believes "the use of overhead, low-level far-UVC light in public locations would be a safe and efficient method for limiting the transmission and spread of airborne-mediated microbial diseases, such as influenza and tuberculosis."

As the researchers explained, broad-spectrum UVC light kills viruses and bacteria, and it is currently used to decontaminate surgical equipment. But this type of light can cause skin cancer and cataracts, so it's not used in public spaces.

However, Brenner and his colleagues wondered if a much narrower spectrum of ultraviolet light, far-UVC, might be a safer option.

In this new study, they found that far-UVC light also killed airborne H1N1 virus, a common strain of flu virus.

"Far-UVC light has a very limited range and cannot penetrate through the outer dead-cell layer of human skin or the tear layer in the eye, so it's not a human health hazard," said Brenner, who directs Columbia's Center for Radiological Research.

However, "because viruses and bacteria are much smaller than human cells, far-UVC light can reach their DNA and kill them," he said in a university news release.

Lamps with this type of UV light currently cost less than $1,000, Brenner said, but that price would likely fall if the lamps were mass-produced.

"And unlike flu vaccines, far-UVC is likely to be effective against all airborne microbes, even newly emerging strains," he said.

Two flu experts were encouraged by the findings.

"Though hand-washing remains critically important, it does not prevent every instance of transmission," Grosso said. "Immunization and antiviral medications are also important, but again, have limitations. It appears that low-dose far-UV light is safe and effective and has the advantage of inactivating a wide range of disease-causing viruses."

Dr. Len Horovitz, a pulmonary specialist at Lenox Hill Hospital in New York City, agreed. He noted that the technology's cost "is not prohibitive, and it is safe. This use can sterilize the air in a public space, reducing the spread of respiratory droplets containing flu viruses and other bacteria and viruses."

The findings were published online Feb. 9 in the journal Scientific Reports.