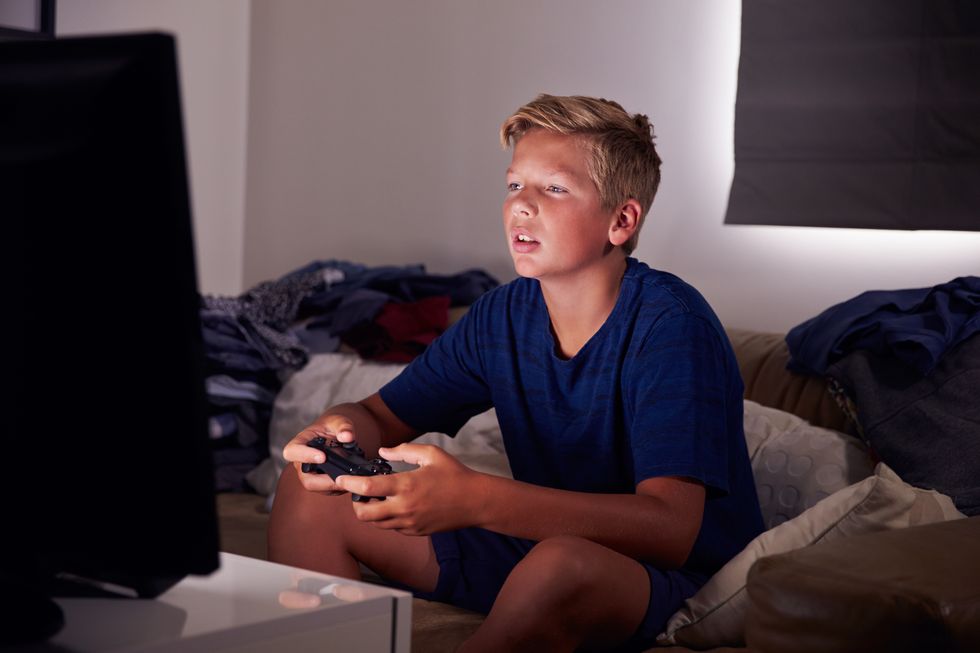 Screen Time May Not Be So Bad for Teens After All

Screen Time May Not Be So Bad for Teens After All

Teens who log hours of screen time every day—on video games, smartphones, computers, TV and the like—may not be doing themselves any harm, a new study suggests.

FRIDAY, Jan. 20, 2017 (HealthDay News)—Teens who log hours of screen time every day—on video games, smartphones, computers, TV and the like—may not be doing themselves any harm, a new study suggests.

A digital "sweet spot" of screen time might even benefit teens' well-being by allowing them to develop social connections and personal skills, according to the findings.

"Moderate levels of daily screen time do not appear to be harmful," said lead researcher Andrew Przybylski. He is an experimental psychologist with the Oxford Internet Institute at the University of Oxford. "In fact, even excessive levels of screen time appear unlikely to have significant negative effect."

However, several child health experts said they weren't ready to blindly embrace the new study's conclusions that too much screen time may not be too much of a good thing.

The research included more than 120,000 teenagers in the United Kingdom.

The study authors said the teens' mental well-being tended to peak in one of these daily scenarios:

"We speculate that moderate screen use might reflect active social lives, playing games to relieve stress, or expressing oneself artistically online," Przybylski said.

To test their self-named "digital Goldilocks hypothesis," the researchers reviewed national U.K. data from 15-year-olds regarding both their mental well-being and the time they spend in front of a screen.

The investigators found that more screen time did not automatically lead to worse well-being. In fact, teens could flourish even after hours of daily exposure to screen time, the researchers said.

"Our findings suggest that adolescents' moderate screen use has no detectable link to well-being, and levels of engagement above these points are modestly correlated with well-being," Przybylski said.

Dr. Megan Moreno said the study findings "align" with teen media use policies released last year by the American Academy of Pediatrics (AAP). She is one of the authors of the AAP report on media use and an adolescent pediatrician with Seattle Children's Hospital.

"I think we have the same message," Moreno said. "A key argument in their study is media use is not intrinsically bad. They didn't see a linear relationship where the more media, the worse off you were."

The AAP policies regard media as a "tool, and the way you use that tool really determines the outcome," Moreno said. "I think they [the study authors] found it's not this simple relationship. Media isn't all bad or all good."

The AAP encourages parents to sit down with their children and calculate how many hours their kids spend engaged in different important activities. The academy even created an online calculator to help parents and teens chart a media use plan.

"The idea is you would prioritize the key health behaviors—like sleep and school and social activities—and then leave some of the rest for media time," Moreno said.

The AAP also encourages parents to share some screen time with their kids, watching videos or playing games with them, she added.

Movies, TV and video games often contain themes that resonate in the lives of teens, such as dating or substance abuse. "It can be a great conversation starter for parents," Moreno said.

Some child experts remain skeptical regarding the impact of excessive screen time, however.

Dr. Ruth Milanaik is director of the neonatal neurodevelopmental follow-up program at Cohen Children's Medical Center in New Hyde Park, N.Y. She said that the study notes that screen time can provide relaxation for teens, but doesn't try to measure the impact of screen time on school grades, teamwork, physical fitness or overall health.

"None of these are considered important endpoints by the researchers in this study; however, they are certainly important endpoints for the teenagers themselves," Milanaik said. "This 'moderate' digital consumption must take place at the expense of other activities which may positively contribute to the teen's future."

And according to Dr. Matthew Lorber, director of child and adolescent psychiatry at Lenox Hill Hospital in New York City, while a teen's self-esteem may benefit from making new friends online, he or she may not be learning how to deal with real-world interactions.

"The flip side of that is it enables children and teenagers to not work on their face-to-face social skills," Lorber said. "In the long term, those can be impaired."

A warning flag for parents should be if teens are explicitly choosing screen time over activities such as homework, social events or physical activity, Lorber said.

The study was published in the January issue of the journal Psychological Science.