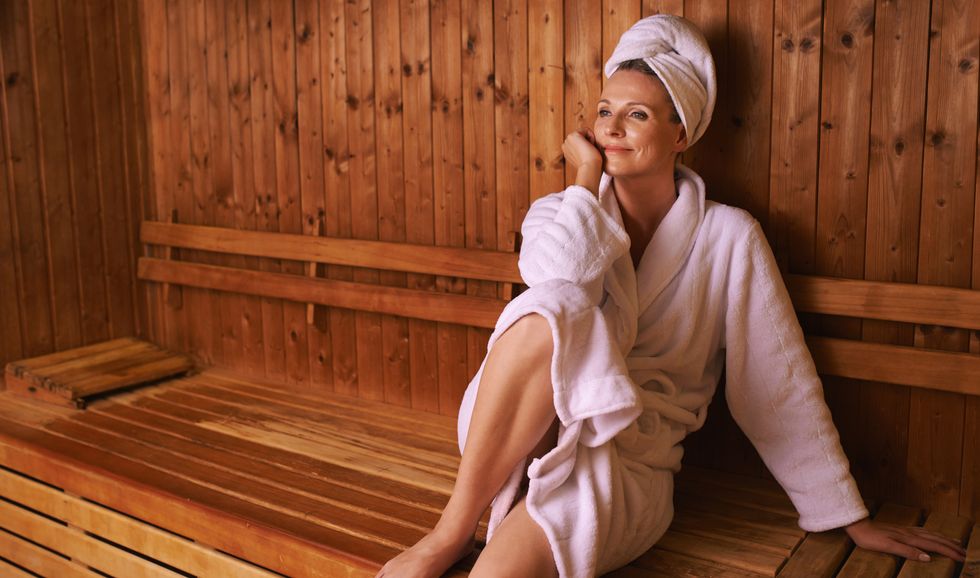 Saunas Seem to Do a Heart Good

Love your time in the local sauna? Your heart may love it, too.

New research from sauna-loving Finland suggests that for people aged 50 and older, saunas may lower their odds of risk of dying from heart disease.

Specifically, just 5 percent of Finns in the study who spent more than 45 minutes in a sauna each week died of heart disease over the 15-year study period, compared to 10 percent of those who spent less that 15 minutes a week in saunas, the researchers said.

Of course, the study couldn't prove cause-and-effect -- it's possible that sauna-loving folk have other heart-healthy habits that might explain the findings.

Still, "there are several possible reasons why sauna use may decrease the risk of death due to cardiovascular disease," said study co-author Dr. Jari Laukkanen, head of cardiology at the University of Eastern Finland. His team published its findings Nov. 28 in the journal BMC Medicine.

"Our research team has shown in previous studies that high sauna use is associated with lower blood pressure," he noted in a journal news release. "Additionally, sauna use is known to trigger an increase in heart rate equal to that seen in low- to moderate-intensity physical exercise."

One U.S. expert who looked over the findings agreed that heat can often be therapeutic to the human body, but the sauna experience might differ a bit in America.

"The greatest benefit [in the study] was observed in individuals who took 4-7 saunas per week, a frequency that Americans are unlikely to achieve," noted Dr. Cindy Grines, who directs cardiology at Long Island Jewish Medical Center in New Hyde Park, N.Y.

"In addition, this study used dry heat, and whether the results are similar with steam baths or hot tubs is not known," she said.

Laukkanen's team agreed that because the data came from one area in Finland, the findings might not apply to other populations.

The study relied on data from nearly 1,700 Finnish men and women. Participants were asked about their use of saunas, and these data were compared with deaths from cardiovascular disease. Data for the study were collected between 1998 and 2015 and the average follow-up was 15 years.

Frequency of sauna use did seem tied to heart health. Among people who used a sauna four to seven times a week, 3 percent died from heart disease over 15 years, but that number rose to 10 percent for those who used the sauna just once a week, the study found.

Dr. David Friedman is chief of heart failure services at Long Island Jewish Valley Stream Hospital in Valley Stream, N.Y. He said that it's tough to draw firm conclusions from the study, but the findings suggest that sauna use "could be a helpful additional strategy" for heart health, along with improved diet and more exercise.

But another cardiologist stressed that Americans shouldn't begin think of saunas as substitutes for exercise.

"Moderate to high intensity exercise has a cardioprotective effect," explained Dr. Satjit Bhusri, who practices at Lenox Hill Hospital in New York City. The new findings don't necessarily mean that "everyone should spend the day at the spa [instead]," he said.