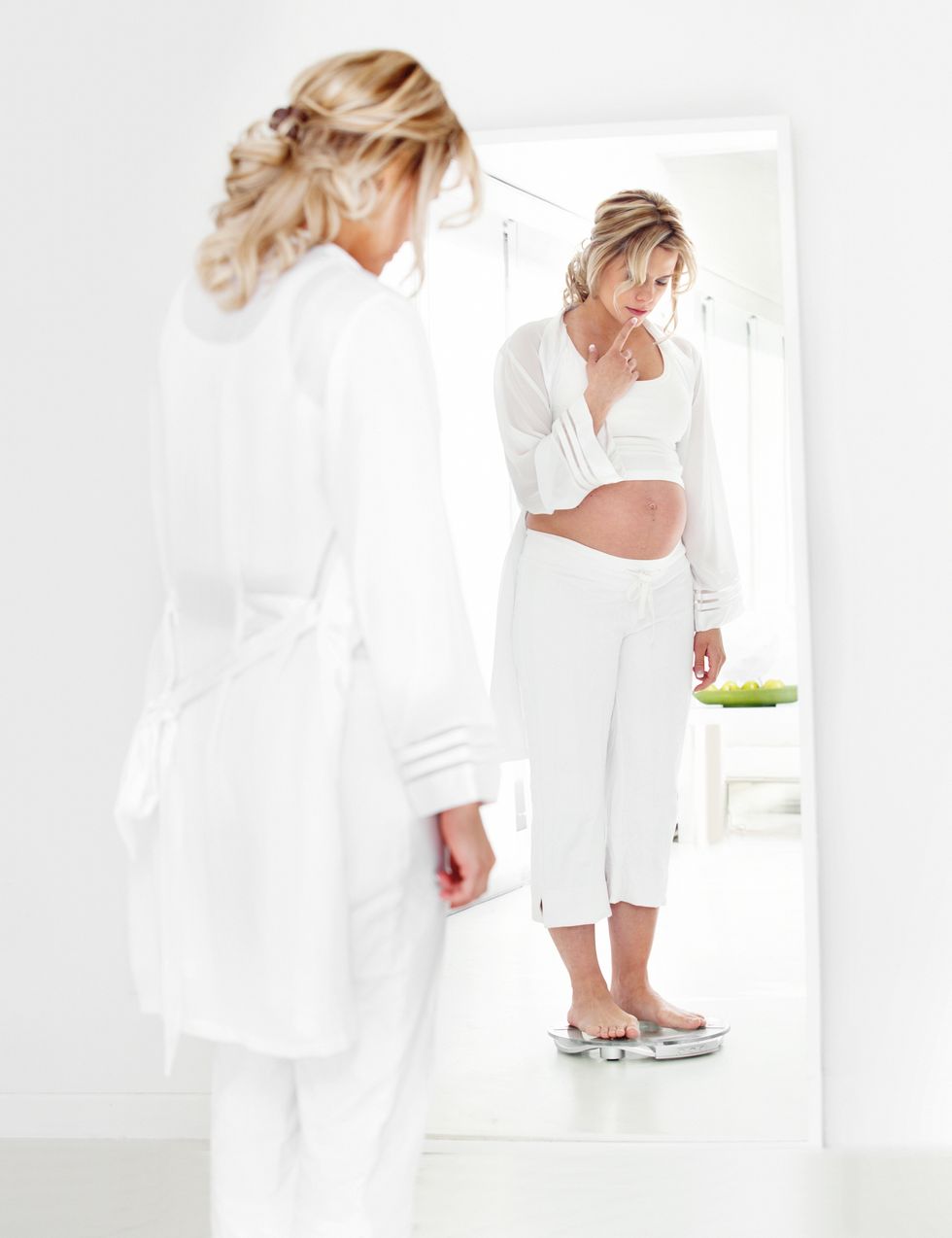 The Risk of Gaining Too Little Pregnancy Weight

Gaining too little weight during pregnancy may increase the odds that a child will develop schizophrenia later in life, Swedish researchers suggest.

WEDNESDAY, Feb. 22, 2017 (HealthDay News)—Gaining too little weight during pregnancy may increase the odds that a child will develop schizophrenia later in life, Swedish researchers suggest.

Past research has shown that pregnant women in areas of famine are more likely to have children who suffer from mental disorders, including schizophrenia. The new study found a 30 percent increased risk for schizophrenia in children of underweight women in an industrialized country.

"Even in a wealthy, well-fed population like Sweden, there are still mothers unable to meet the nutritional requirements for safe pregnancies," lead researcher Euan Mackay said. Mackay is a research assistant at the Karolinska Institute's division of epidemiology of mental health in Stockholm.

Mackay cautioned that these findings cannot prove that women who don't gain enough weight during pregnancy are putting their child at risk for schizophrenia. The study only found that an association between these factors exists.

In addition, schizophrenia is rare, affecting only about 1 percent of the population, according to the U.S. National Institute of Mental Health.

Obesity tends to be the more serious problem in high-income countries. But there's still a portion of the population that doesn't gain enough weight in pregnancy, Mackay said.

"This may occur due to existing medical conditions or societal pressure to maintain idealized body types during pregnancy," he explained.

Mental disorders, including schizophrenia and other related illnesses, can occur within families and are partly explained by genetics, he said.

"However, research has also shown that a person's environment at crucial stages of development can also play a large role in risk for these diseases," Mackay noted.

Previous research, however, on famines in the Netherlands during World War II and in China during the Great Leap Forward (1958-60) have shown that children whose mothers experienced starvation during pregnancy had a higher risk of developing schizophrenia later in life, Mackay pointed out.

"This highlighted the importance of maternal nutrition during pregnancy for the development of healthy children," Mackay said.

The current international guidelines for weight gain during pregnancy not only protect children from adverse outcomes in pregnancy and early life, but may also help protect against psychiatric problems, such as schizophrenia, that don't show up until decades later in life, he added.

The report was published online Feb. 22 in the journal JAMA Psychiatry.

Using information from the Swedish health and population registers, Mackay and his colleagues collected data on more than 526,000 people. They were born between 1982 and 1989. Researchers gathered data from the age of 13 until the end of 2011.

The investigators found that, by 2011, nearly 3,000 people had some form of mental disorder. Just over 700 had schizophrenia.

Among people with mental disorders, about 6 percent of their mothers had extremely low gestational weight gain—less than 18 pounds, the findings showed.

Malnutrition may play a significant part in these results, Mackay said. But there are other reasons that cannot be ruled out based on these data.

For example, inadequate weight gain may also indicate an existing medical condition that affects both mother and the developing fetus. More research is needed to understand the association between maternal weight and the risk for schizophrenia in children, Mackay suggested.

According to Dr. Ezra Susser, "This is something to investigate, because we now have a lot of studies relating starvation to schizophrenia across the globe." Susser is a professor of epidemiology and psychiatry at the Mailman School of Public Health at Columbia University in New York City. "There's something, but we don't know what it is yet."

The risk is low, because not many people are starving in most populations, said Susser, who co-authored an accompanying journal editorial.

Women shouldn't be overly concerned about these findings unless they are severely underweight during pregnancy, he noted. "This could indicate that they are lacking a particular nutrient that if given could prevent schizophrenia in their child," he said.

For example, taking folic acid during pregnancy has been shown to prevent some birth defects, Susser said. "There is some evidence that taking choline supplements during pregnancy might reduce the risk for schizophrenia," he added.

These findings are not a license to gain a lot of weight in hopes of protecting the child from schizophrenia, he explained.

"During pregnancy, women should eat healthy and well, and make sure they are meeting dietary guidelines for pregnancy," Susser advised.