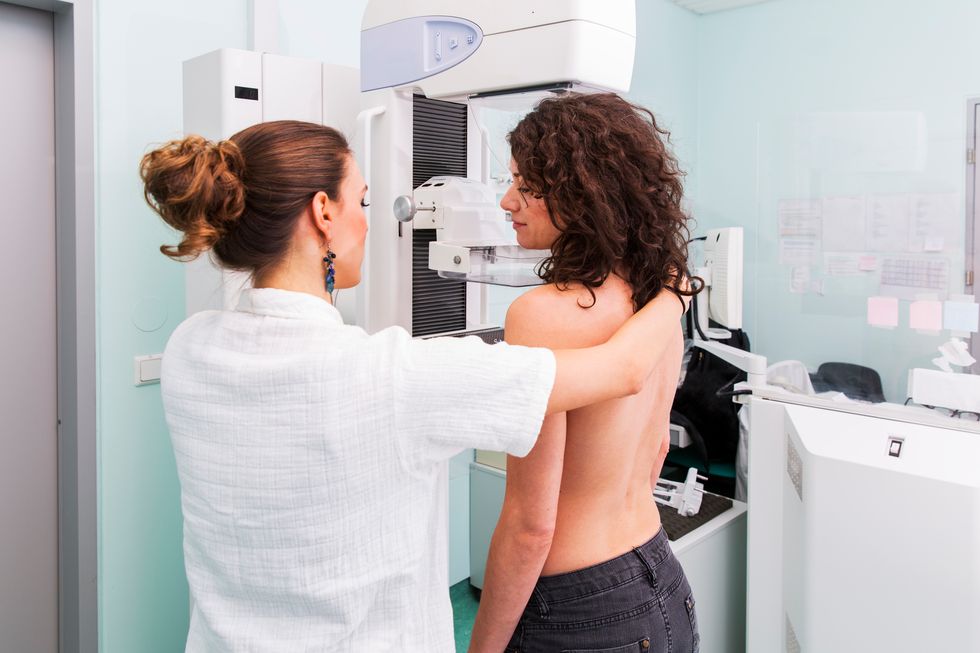 Risk of Breast Cancer's Return Can Linger for Decades

Risk of Breast Cancer's Return Can Linger for Decades

All of the women in the study, nearly 63,000, were scheduled to receive the typical five years of hormonal therapy.

Researchers found that while the women remained cancer-free for those five years, the risk for recurrence over the next 15 years was still significant.

It was greatest for women whose initial cancer had spread to multiple lymph nodes near the breast by the time it was diagnosed. Their odds of eventually having a distant recurrence—meaning the cancer spread to such tissue as the bones, liver or lungs—were as high as 41 percent.

Doctors have long known that women with estrogen-sensitive breast cancer often have recurrences many years later, said Dr. Harold Burstein, a cancer expert affiliated with the American Society of Clinical Oncology. He was not involved in the research.

"But the risks in this study are probably higher than many of us would've thought," said Burstein, who's an oncologist at the Dana-Farber Cancer Institute in Boston.

He stressed, though, that the women in the study started their treatment more than 20 years ago, and many advances have been made since.

"We're doing a better job of treating this disease now," Burstein said. "These numbers are probably worse than what women today would face."

"These data are scary," said Hayes, a professor at the University of Michigan's Comprehensive Cancer Center. "But women with ER-positive cancer are doing better now than 25 years ago."

Still, he said, the findings give doctors and women more information for making treatment decisions.

That's because women can opt for more than five years of hormonal therapy. Studies have shown that longer treatment further cuts the risk for recurrence.

However, that can also mean additional years of side effects—like hot flashes, sexual dysfunction and joint pain, Hayes said. If women have a clearer picture of their future odds of recurrence, he said, that could help them decide whether the treatment is worth the downsides.

For the study, Hayes's team combined the results of 88 trials that included almost 63,000 women, all with estrogen-sensitive breast cancer. After their initial treatment with surgery, and sometimes chemotherapy, all were prescribed five years of hormonal therapy. Most received the drug tamoxifen, sometimes with newer hormonal drugs called aromatase inhibitors.

Overall, the study found, the odds of a distant recurrence varied greatly, depending on how far the original cancer had spread to nearby lymph nodes.

The findings were published Nov. 9 in the New England Journal of Medicine.

The study, Hayes said, was not designed to tell anyone what to do. "I could show these same data to two different women and get two different treatment decisions," he said.

But, he added, there's no question that women in these situations should discuss longer-term hormonal therapy with their doctor.

Iyengar said he sees many women with earlier-stage cancers struggle with the issue of whether the side effects of hormonal therapy are worth it. The new findings, he said, might offer some women more motivation to continue—at least for the first five years, if not beyond.

But Burstein pointed out that additional hormonal therapy does not erase the possibility of a recurrence.