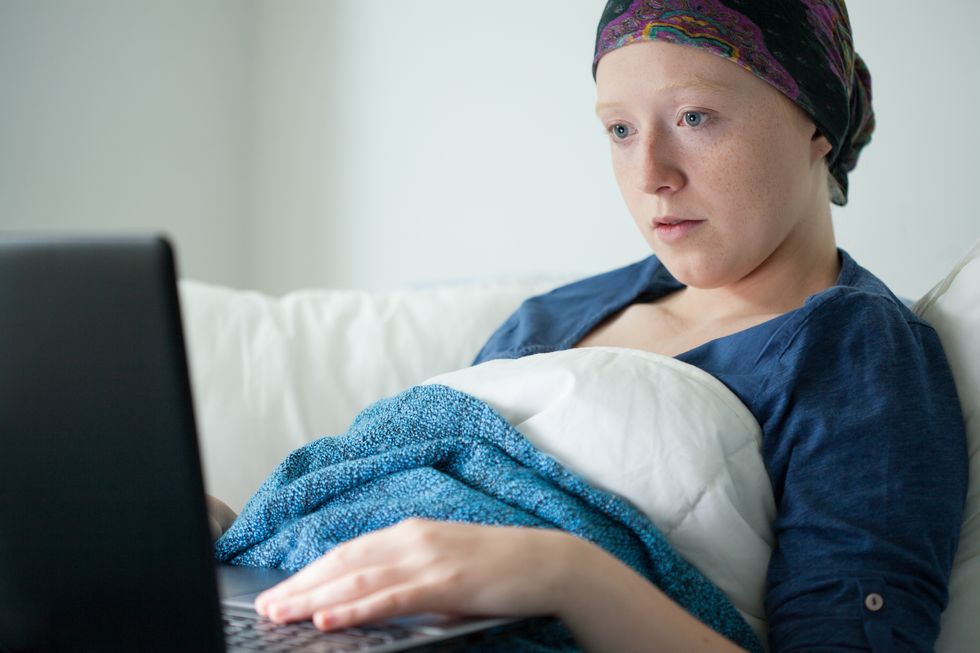 When people with advanced cancer report their symptoms to health care providers using an online program, they may live longer.

The benefit may come because the new online tool cuts any "lag time" between patients experiencing symptoms and their care team's response to those issues, the researchers said.

"Patients receiving chemotherapy often have severe symptoms, but doctors and nurses are unaware of these symptoms up to half of the time," explained study author Dr. Ethan Basch, a professor of medicine at the University of North Carolina's Lineberger Comprehensive Cancer Center.

"A lot of patients are reluctant to contact docs between visits—they may think, 'I don't feel too good, but I'm seeing the doc in two weeks anyway,' " he said.

But, "typically, a worsening of symptoms heralds progression of the cancer in patients with advanced cancer," Johnson explained. "That commonly reflects patients whose tumors are growing rather than shrinking. Doctors can counter progression by paying attention to symptoms, and that extends patients' lives."

The benefits can be significant, Basch's team found. The study of 766 patients found that those who used the tool regularly lived an average of five months longer than those who did not use the tool.

"The improvement in survival we saw may seem modest, but it is greater than the effect of many targeted cancer drugs for metastatic cancer," Basch noted in an ASCO news release. He was at Memorial Sloan Kettering Cancer Center in New York City when the study was conducted.

The study also found that use of the online tool was associated with better quality of life, fewer visits to the emergency room and hospitalizations, and being able to tolerate chemotherapy longer.

Johnson sees the technology as a win-win for patients and their care team.

"Communication is better, so docs have a better chance to jump on suspicious symptoms in a timely manner," he said. The study "shows that if you can adopt newer technologies for sharing information with the health care team, it has the potential of improving your outcome."

Basch's team is slated to present the findings on Sunday in Chicago at ASCO's annual meeting.

A larger trial is planned, Basch said, to help confirm the findings. Because this study was presented at a medical meeting, the results should be considered preliminary until published in a peer-reviewed journal.