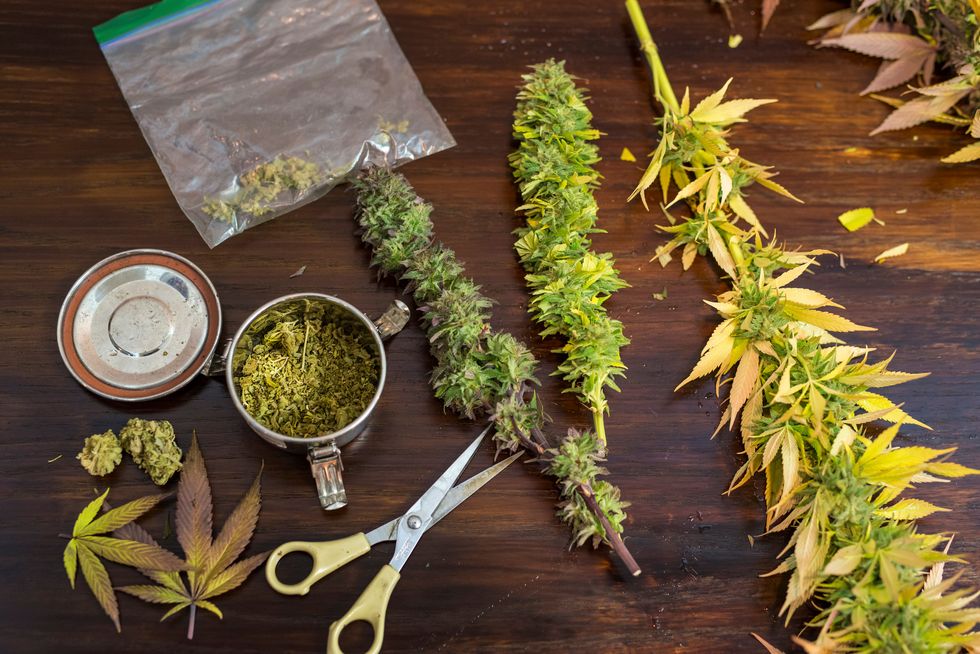 Marijuana use may triple your risk of dying from high blood pressure, a new study suggests.

THURSDAY, Aug. 10, 2017 (HealthDay News)—Marijuana use may triple your risk of dying from high blood pressure, a new study suggests.

"Prolonged marijuana use may increase the risk of hypertension [high blood pressure] mortality," she said. "It's important that recreational use of marijuana is approached with caution, because we don't have all the information."

Yankey is a doctoral student with the Georgia State University School of Public Health in Atlanta.

However, a heart doctor said the study was flawed, mainly because it relied on survey data that failed to answer key questions about the possible link between pot and high blood pressure.

"If there's any value in it [the study], it's that it is thought-provoking," said American Heart Association spokesman Dr. Willie Lawrence. He is an interventional cardiologist in Kansas City, Mo.

"It's hard to believe they've added much to our understanding, other than to suggest there may be some increase in mortality and that mortality may be related to hypertension," Lawrence said.

For the new study, the researchers tracked more than 1,200 participants in the 2005 U.S. National Health and Nutrition Examination Survey, which is part of an ongoing series of surveys conducted by the U.S. Centers for Disease Control and Prevention.

Participants were asked whether they had ever used marijuana. Those who answered yes were considered marijuana users. The researchers said they established how long the participants had been using marijuana by subtracting the age they first tried pot from their current age.

The researchers then referred to a 2011 federal database on deaths to see how many participants had died and why.

Marijuana users who had died in the intervening years were three times more likely to have a cause-of-death code indicating that high blood pressure had played a part in their demise, compared with nonusers, the investigators found.

However, the researchers found no association between marijuana use and death from either heart disease or stroke.

And they found no proof that marijuana caused deaths attributed to high blood pressure.

Yankey said the sample size of her study was too small to capture the associations between pot use and specific heart-related conditions such as stroke.

"We are saying the primary cause is hypertension, but hypertension is an underlying cause of many chronic diseases," Yankey said.

Marijuana possibly could increase blood pressure due to its active ingredient, THC, which intoxicates people but also interacts with receptors in the central nervous system and the cardiovascular system, Yankey said.

Lawrence said that's a plausible reason why marijuana might affect blood pressure. But he added that this study has too many problems to effectively prove an association.

The study relied on people's self-reporting of marijuana use, at a time when only a handful of states had legalized medical marijuana and none had approved recreational use, Lawrence said.

This self-reporting did not include any information about the amount of marijuana people used, or how long they had used it, Lawrence said.

"Everything in life is dose-dependent and duration-dependent, and those kind of questions are not answered in a study like this," Lawrence pointed out.

There's also no way to tell whether a person had been using other drugs that could affect their blood pressure, or whether their pot was laced with another substance, Lawrence added.

"It could be these elevations in blood pressure are a manifestation of marijuana being laced with other things that are more cardio-stimulating," Lawrence said. "There are so many unknowns."

Paul Armentano, deputy director of NORML, an advocacy group calling for the reform of marijuana laws, said it has been established that cannabis can influence blood pressure. Therefore, he said, "it is reasonable to advise that certain potential high-risk populations may wish to refrain from cannabis inhalation because of these concerns."

However, Armentano noted that other studies have found no link between marijuana use and heart-related diseases.

"Based upon the findings of prior studies, the [new study] authors' interpretation with regard to the degree of this risk potential appears to be sensational, and the methods used in this particular study appear to be highly questionable," Armentano said.

The study was published Aug. 9 in the European Journal of Preventive Cardiology.