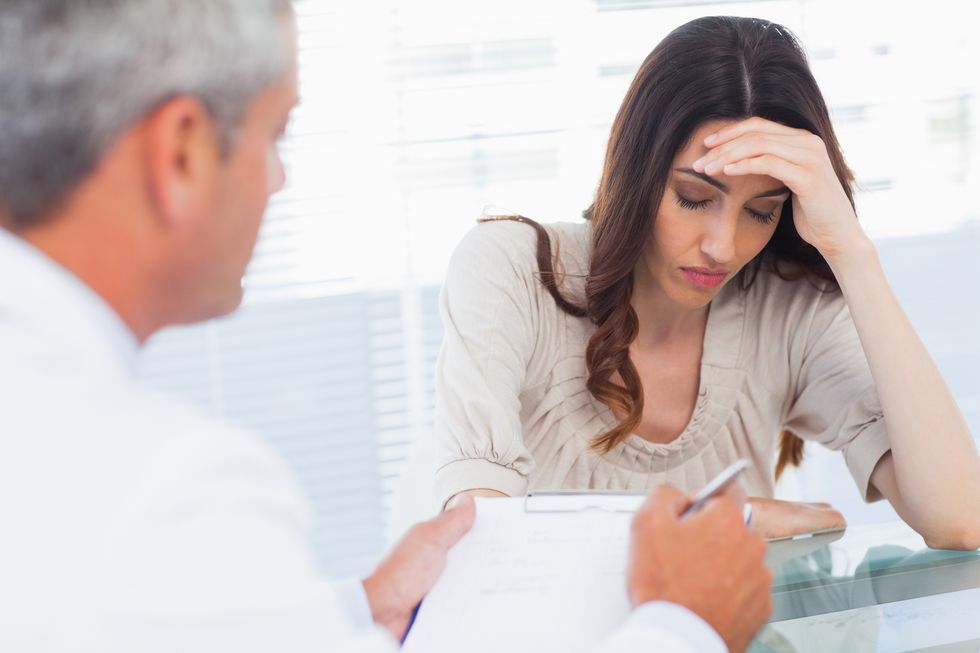 People have become demanding health care consumers, and they don't respond well when a doctor disagrees with them, a new study shows.

TUESDAY, Nov. 28, 2017 (HealthDay News)—Patients used to see doctors as kindly-but-firm professionals—experts who knew what they were talking about and whose advice should be heeded, even if it wasn't necessarily welcome.

But these days, people have become demanding health care consumers, and they don't respond well when a doctor disagrees with them, a new study shows.

The researchers found that two-thirds of patients arrive at their doctor's office with a specific medical request already in mind—seeking a drug or a test or a referral. When their doctor turns down that request, they're more likely to be offended and to trash the doctor on a patient satisfaction survey.

Satisfaction scores plummet when doctors deny patients' requests for nearly anything, but especially when patients have asked for a drug prescription or a referral, the study found.

The problem for doctors is that their pay has become increasingly tied to their patient satisfaction scores, said the study's lead researcher, Dr. Anthony Jerant. He's a professor of family and community medicine with the University of California, Davis School of Medicine.

"A lot of physicians are tempted to just acquiesce and give them the pain medication or give them the test, even though they know it's really not that likely to be helpful," Jerant said. "We really need to rethink reimbursing physicians partly on their satisfaction scores."

For this study, Jerant and his colleagues reviewed 1,319 visits to 56 family physicians at the UC Davis Family Medicine Clinic. The visits were made by 1,141 adult patients. The patients were asked to fill out a questionnaire after their visit.

About 85 percent of the time, the doctors fulfilled their patients' requests, the findings showed.

"In general, doctors will listen to patients and, if they think the request is reasonable, will say sure," Jerant said. "But some of those requests maybe should not have been fulfilled."

Today, people in doctors' waiting rooms are much more likely to have learned about a new drug from a TV ad or to have searched "Dr. Google" about their symptoms, said Dr. Cynthia Smith, vice president of clinical programs for the American College of Physicians.

"Chances are, people have already tried to troubleshoot their problem by searching the internet," Smith said.

For example, a person with a headache may have a cousin with brain cancer and learned from a quick internet search that an imaging scan might detect a brain tumor, she explained.

According to Dr. Joseph Ross, an associate professor at the Yale School of Medicine, "Patients may have multiple reasons for requesting a service or referral. They may have seen an advertisement for the service on TV or have a friend or family member who'd received it in the past who experienced a good outcome. Or perhaps they are already unsatisfied or concerned with how their care is being managed and want a referral to a specialist."

When doctors turn down patients' requests, the patients react poorly, the investigators found.

Satisfaction scores plummeted an average of 20 points when doctors denied a request for a referral or new medication, and 10 points when they said no to a painkiller prescription, according to the report.

Doctors also got worse evaluations when they turned down requests for lab tests and imaging screenings.

Only one type of unfulfilled request did not leave patients fuming, the study authors pointed out.

A rejected request for antibiotics actually led to a slight increase in patient satisfaction scores.

"We think it's because the message has finally gotten out about antibiotics," Jerant said, referring to the rise of antibiotic-resistant germs.

"Not only were there fewer requests for antibiotics, [but] it wasn't associated with a hit on satisfaction. That's actually kind of hopeful because it suggests, as the backlash against opiates gains momentum, we may eventually see the same thing for pain medication requests," he said. "Patients would be a little more likely to say the doc's right—these things could be harmful."

Jerant and Smith agreed that doctors need training to better communicate with patients about these requests.

"It's just patients legitimately looking for help and reassurance, and we don't want to squelch that," Jerant said. "We don't want to put patients in a position of second-guessing whether they should come in and ask for something. It's really how the physician responds."

Smith suggested that doctors need to probe a bit deeper and figure out the medical concern behind a patient's request for a certain drug or test.

"We found it doesn't really take a lot of extra time, and when it's done well, it can really deepen the relationship because you know something about your patient you didn't know before," she said. "You have to individualize the care to the patient who is in front of you."

Alternatively, Jerant said, a "watchful waiting" approach has been shown to help.

In this approach, the doctor acknowledges the patient's concern but indicates that, in the doctor's honest opinion, the requested test or drug is not likely to help. The doctor would add something like, "How about we monitor the situation for X amount of time and, if you're not feeling any better or you're feeling worse, we'll regroup," he explained.

"It's not immediately caving in, but it's also not saying out of hand, 'No, I don't want to do that,' " Jerant said. "It gives the patient a middle ground."

This approach has shown enough promise that Jerant wants to test it in a clinical trial.

"We think there's reason to suspect if you use that approach instead of just saying no, patients may be inclined to react less negatively," he said.

The study was published online Nov. 27 in JAMA Internal Medicine.