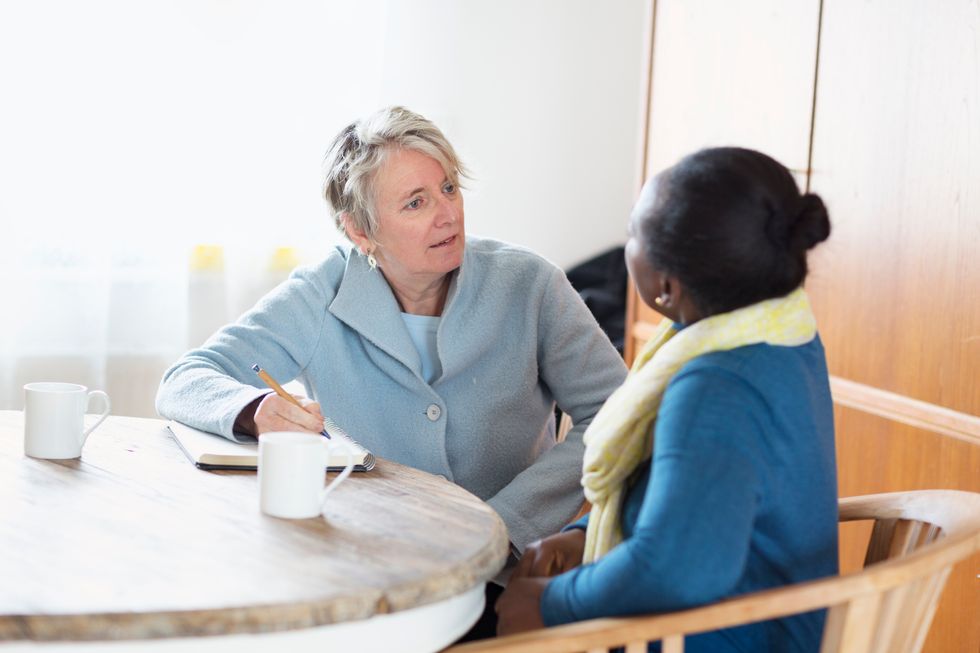 Overlooking the Emotional Toll of Cancer

FRIDAY, June 2, 2017 (HealthDay News)—Cancer can be a frightening, nerve-wracking disease, and medical science often overlooks the emotional toll it takes on patients.

Now, a trio of new studies shows that three therapy programs can help people deal with the turmoil and stress of cancer.

One study focused on a brief series of therapy sessions developed by Canadian researchers to help patients with advanced cancer manage the practical and emotional problems they face.

"These are challenges that patients and families predictably have to face, and there can be a lot of distress around them, a lot of anxiety, a lot of fear, a lot of sadness," Rodin said. "And yet there hasn't been a systematic approach to help patients deal with this."

"Not only did it cause a reduction in depressive symptoms, but those who received the treatment were less likely to become depressed," Rodin said.

Health care professionals in more than 20 countries have been trained in CALM procedures, Rodin said, and its developers are organizing a global training network.

The second study involved therapy developed by Australian researchers to help cancer survivors deal with the fear of their cancer coming back.

The therapy, called Conquer Fear, involves five individual sessions over 10 weeks. Cancer survivors learn techniques to control their worry, accept the inherent uncertainty of cancer recurrence, and to redirect their focus on what they want to get out of life.

Researchers conducted a clinical trial involving 222 survivors of breast cancer, colon cancer or melanoma, all of whom were cancer-free but reported a high fear of their cancer recurring. The survivors were randomly assigned to receive either Conquer Fear therapy or basic relaxation training.

Patients who underwent Conquer Fear therapy experienced a greater reduction in their fear of cancer recurrence than people who received relaxation training, researchers reported. The effect continued for as long as six months.

The results were to be presented Friday at the annual meeting of the American Society for Clinical Oncology (ASCO), in Chicago. Research presented at meetings is considered preliminary until published in a peer-reviewed journal.

"Between half and two-thirds of all of our patients who get cancer are cured of it. Thank goodness, it's a relatively substantial proportion of our population," said Johnson, chief clinical research officer at Dana-Farber Cancer Institute in Boston. "This shows there's a potentially effective intervention for people whose lives are being affected by the worry that they have about cancer coming back."

In a clinical trial, 129 patients undergoing cancer treatment were assigned to either receive STREAM therapy or manage their lives without help.

Within two months, people receiving STREAM therapy experienced a greater improvement in their quality of life than those who didn't, the Swiss researchers said. They also had a decrease in their emotional distress, while distress levels remained constant in people who didn't receive STREAM.

Patients have little time to devote to psychological support early on in their treatment, said lead researcher Dr. Viviane Hess. She's a medical oncologist at the University Hospital of Basel in Switzerland. "With this online intervention, we aim to close this gap," she said in an ASCO news release.