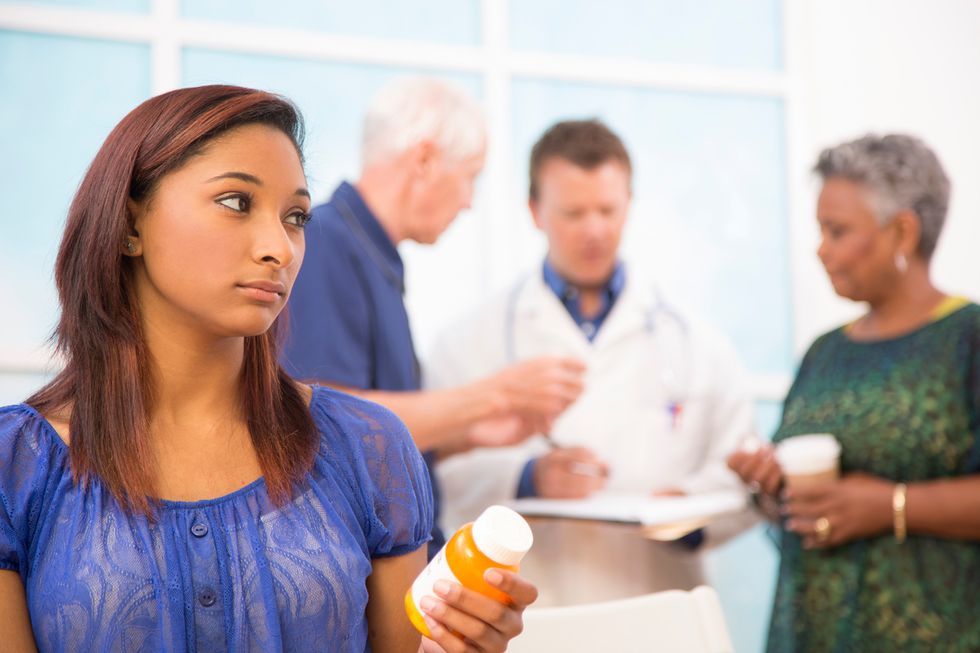 The rate of opioid drug overdose deaths among older teenagers in the United States has taken a turn for the worse, a new federal report finds.

HealthyWomen Editors
Medication Safety
opioids
Medically Reviewed
This article has been archived. We will no longer be updating it. For our most up-to-date information, please visit our opioids information here.

WEDNESDAY, Aug. 16, 2017 (HealthDay News)—The rate of opioid drug overdose deaths among older teenagers in the United States has taken a turn for the worse, a new federal report finds.

But the disturbing numbers may not simply be a case of the well-publicized epidemic of opioid painkiller abuse spreading to another age group.

"These trends fit into the overall picture: Overdose of opioid pills is the bigger problem among middle-age and older age groups, while heroin and heroin contaminated by fentanyl are a huge problem among younger people," said Dr. Daniel Ciccarone, a professor at the University of California, San Francisco, who studies drug use.

The report, from the CDC's National Center for Health Statistics, looked at drug overdose deaths among people aged 15 to 19 from 1999-2015.

Heroin was the most common cause of fatal opioid overdose in the 15-to-19 age group.

The rate of drug overdose deaths was consistently higher for males. In 2015, the death rate was 70 percent higher than the rate for females, the report found.

"Heroin has been a stealth contributor to opioid deaths, climbing since 2005 as prescription pill deaths have decreased since the mid-2000s. Then fentanyl came along in 2014, making the heroin environment deadlier," said Ciccarone, who was not involved with the study.

The report findings are "disheartening but not surprising," said Dr. Sharon Levy, director of the Adolescent Substance Abuse Program and associate professor of pediatrics at Harvard Medical School. She said they reflect a major shift in drug use among American teens.

In 1975, just 2 percent of teens interviewed said they'd never used alcohol, tobacco or marijuana. That number grew to 25 percent in 2015, said Levy, who was not involved with the report.

More teens are deciding to not use drugs, but those who do have entered "a different and more complex landscape," she said.

"Marijuana isn't what it was in 1975, and the opioids are a new product on the scene that keep evolving and tend to become addictive and more dangerous," Levy explained.

How can opioid abuse be reduced among young people?

Levy said there needs to be more access to methadone-like drugs that help people wean themselves off opioids. Few addicted young people are treated with these drugs, she said.

Ciccarone said the federal government should follow the recommendations of the White House's Commission on Combating Drug Addiction and the Opioid Crisis.

"Address the crisis aggressively through prevention and treatment," Ciccarone said. "The Opioid Commission in their draft report make several key, achievable and bipartisan recommendations that if adopted, by the president and through congressional legislation, will make significant strides in addressing the current crisis. If action is slow, delayed or diluted, we will lose a significant portion of the young generation."