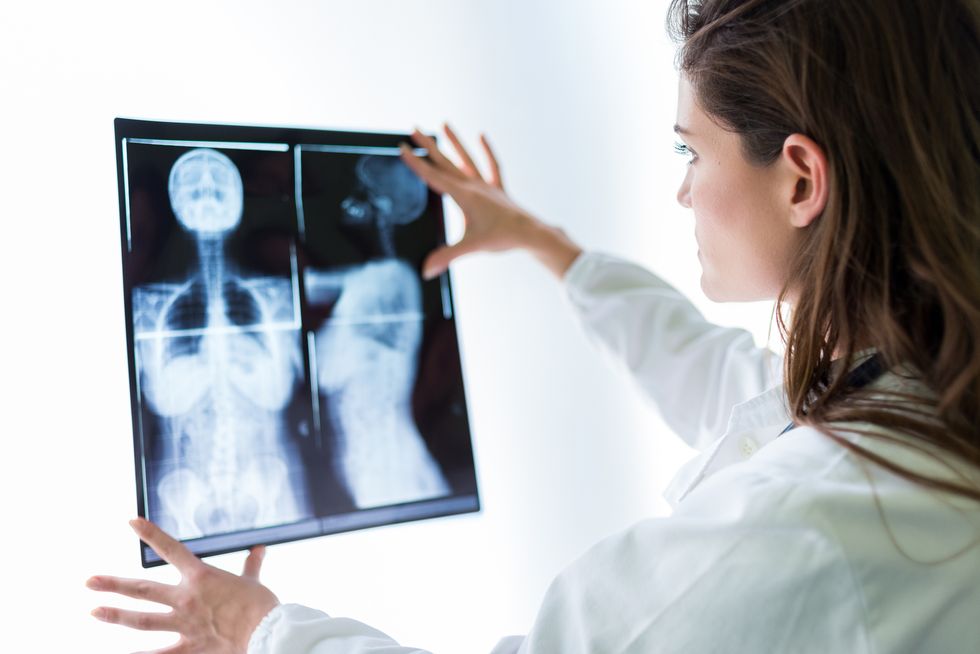 Adding a newer drug to standard hormone therapy lengthens the lives of younger women with advanced breast cancer, a new trial has found.

The drug, called Kisqali (ribociclib), is already approved for treating such patients -- based on earlier results showing it can delay the progression of their cancer.

This is the first evidence it can also extend their lives, said senior researcher Dr. Debu Tripathy, chair of the breast medical oncology department at M.D. Anderson Cancer Center in Houston.

That proof of a survival advantage hits "a pretty big milestone," Tripathy said.

And, he added, it argues for giving the drug as a "first-line or second-line" treatment to these patients.

The findings were to be presented Tuesday at the American Society of Clinical Oncology annual meeting, in Chicago, and they will also be published in the New England Journal of Medicine.

Kisqali is one of three newer drugs on the market called CDK4/6 inhibitors; the others are Verzenio (abemaciclib) and Ibrance (palbociclib). They work by blocking two proteins that help cancer cells grow and divide.

Kisqali, taken as a tablet, was originally approved as a first-line treatment for postmenopausal women with advanced breast cancer that is hormone receptor-positive -- which means estrogen fuels the cancer's growth. Most breast cancers fall into that category.

Last year, the U.S. Food and Drug Administration extended that approval to include younger, premenopausal women. That was based on earlier findings from the current trial, which showed Kisqali typically doubled the time that patients remained progression-free -- from one year to two.

"My expectation is that, when faced with these data, it'll be hard for doctors not to include this in the standard of care," said Norton, who was not involved in the trial.

But, he added, the findings also raise "a lot of interesting questions."

One is whether the other two CDK4/6 inhibitors could have the same benefits. "Is this an effect of the drug, or a drug-class effect?" Norton said.

According to Tripathy, "We don't know the answer to that yet." Tripathy has served as a consultant to Kisqali maker Novartis -- which funded the trial.

"There are some biochemical differences between the drugs," he noted. On the other hand, all three have been shown to roughly double the time patients remain progression-free, Tripathy said.

Norton pointed to another, related question: Once a woman on Kisqali sees her cancer progress, can she benefit from another CDK4/6 drug?

Again, the answer is unknown, Tripathy said. But in the "real world," some doctors will likely try that strategy, he noted.

The latest findings are based on 672 women with advanced breast cancer, aged 25 to 58, who were premenopausal or going through menopause. All had cancer that was hormone receptor-positive, but negative for a protein called HER2 -- a common scenario in breast cancer.

All of the women were given standard hormonal therapy -- an aromatase inhibitor or tamoxifen -- plus a medication that shuts down the ovaries' production of estrogen. Half were randomly assigned to also take Kisqali. The other half took inactive placebo tablets.

Kisqali is taken in cycles of three weeks on the drug and one week off.

The possible side effects include fatigue, nausea, diarrhea and constipation, and a drop in certain white blood cells that help fight infections.

A small number of women develop what's called a QT prolongation -- a change in the heart's electrical activity that can trigger an abnormal heart rhythm. Novartis says that as a precaution, Kisqali patients should have their heart activity checked before and during treatment.

While the drugs are an advance, there's more work to do, Tripathy said.