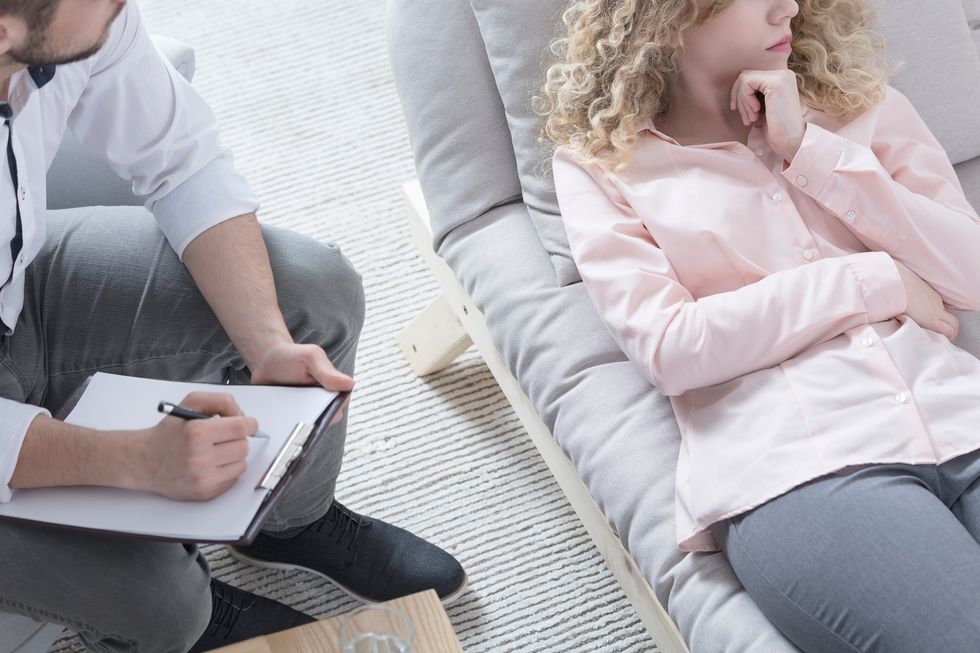 When tried with 26 veterans and first responders with PTSD, it helped many of them.

Technically, this synthetic drug is called 3,4-methylenedioxy-methamphetamine (MDMA) and it alters mood and perception. When tried with 26 veterans and first responders with PTSD, it helped many of them, investigators found.

The results of this new approach, which combines the drug with psychotherapy, were very encouraging, she said.

However, side effects were seen in the trial that included suicidal thoughts in some patients, and one psychiatrist expressed concern that taking MDMA long-term might trigger an addiction to the drug.

The U.S. Food and Drug Administration is now weighing whether to approve MDMA as a treatment for PTSD.

This new trial, along with five other phase 2 trials, were evaluated by the FDA, leading to a designation as a "breakthrough therapy," Feduccia said.

"The FDA granted this designation based on comparing safety and efficacy results of MDMA-assisted psychotherapy to the two currently approved antidepressant medications, Paxil and Zoloft," she said.

Feduccia said larger phase 3 trials of 200 to 300 patients are scheduled to begin this month.

"MDMA-assisted psychotherapy could become an FDA-approved treatment by 2021," she said.

But one mental health expert said these latest results are too preliminary to consider MDMA a standard therapy for PTSD.

"MDMA might provide very useful help for patients who failed to respond to standard treatments for PTSD," said Dr. Philip Cowen, a professor of psychopharmacology at the University of Oxford in England.

This, however, needs to be demonstrated in larger phase 3 studies, said Cowen, who wrote an editorial that accompanied the study. Both were published online May 1 in The Lancet Psychiatry journal.

"The take-home message," Cowen said, "is to wait for the results of the latter studies, and if you have PTSD, don't try this at home."

According to the researchers, up to 17 percent of first responders and 10 percent to 32 percent of military veterans suffer from PTSD, compared with 8 percent of the general population.

For the study, Feduccia and her colleagues gave three different doses of MDMA to 22 veterans, three firefighters and one police officer suffering from PTSD. Among the participants, 23 percent had tried ecstasy before.

Before starting MDMA, the participants had three sessions of psychotherapy to prepare them for the drug.

After their initial dose, the participants stayed overnight and were then followed by phone for seven days and given three additional psychotherapy sessions.

A month after the second session, more participants in high-dose groups no longer met diagnostic criteria for PTSD, compared with the low-dose group.

Side effects were seen regardless of dose. They included anxiety, headache, fatigue, muscle tension and insomnia.

In addition, passing moments of suicidal thoughts were seen, and one participant who had attempted suicide before was admitted to a hospital.

A month after the trial ended, all participants were offered one to two additional MDMA sessions followed by three psychotherapy sessions.

After a year, 16 participants still did not suffer from PTSD, but two had a new diagnosis of PTSD. In addition, 12 patients were also taking other psychiatric medications, the researchers noted.

Dr. Matthew Lorber, a psychiatrist at Lenox Hill Hospital in New York City, said that MDMA may help people with PTSD remember traumatic incidents and make them easier to deal with in therapy.

But he added that this small study can't assure the safety of MDMA when used long-term.

"To me, there is a risk of triggering addiction," Lorber said.

This is especially worrying because people with PTSD are already at risk for addiction and suicide, he said.