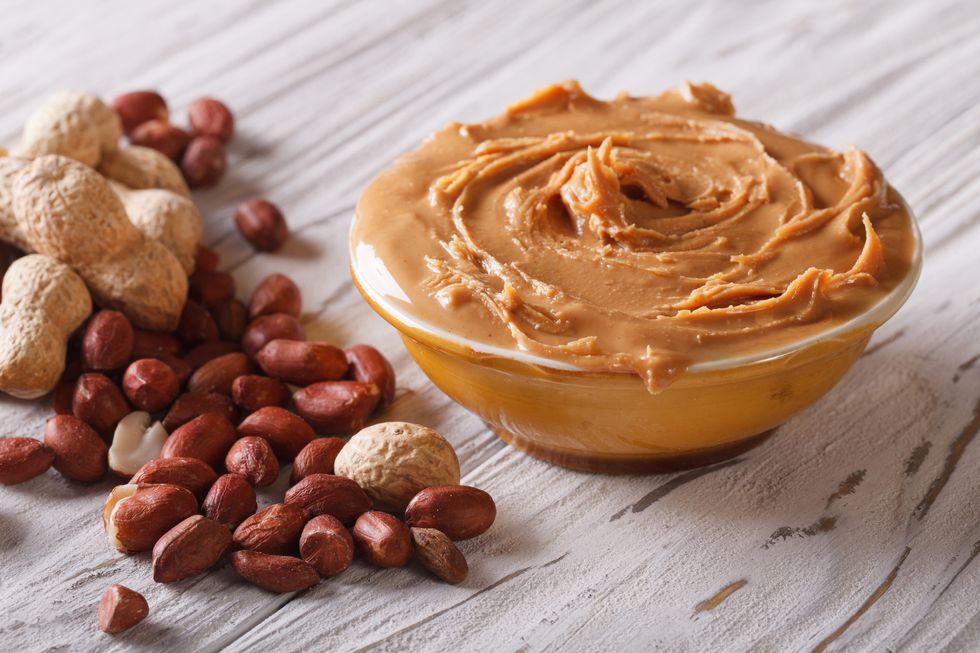 Babies at increased risk for peanut allergy should have peanut-containing foods added to their diets as early as 4 months of age, new U.S. guidelines suggest.

THURSDAY, Jan. 5, 2017 (HealthDay News)—Babies at increased risk for peanut allergy should have peanut-containing foods added to their diets as early as 4 months of age, new U.S. guidelines suggest.

The recommendation comes from the U.S. National Institutes of Health and other expert groups.

And it advocates a tactic that might seem counterintuitive: To drastically cut the chances of peanut allergy in high-risk babies, parents should introduce "age-appropriate" forms of peanut products early in life.

Researchers said the advice is based on a pivotal clinical trial called LEAP, funded by the U.S. National Institute of Allergy and Infectious Diseases, and first published in 2015.

That study turned old thinking about peanut allergies on its head.

At one time, doctors recommended complete peanut avoidance for babies and young children at high risk of an allergic reaction.

"Peanut allergy just kept increasing in prevalence," said Baker, who is also a member of the expert panel that created the new guidelines.

By 2010, roughly 2 percent of U.S. children had peanut allergy—up from about 0.4 percent in 1999, according to national surveys.

The LEAP trial tested a new idea: Could peanut allergies be prevented by giving high-risk babies peanut-containing foods early on?

The notion was partly based on an observational study of Jewish children living in the United Kingdom and Israel, explained Dr. Alkis Togias. He's a researcher at the U.S. National Institute of Allergy and Infectious Diseases who helped write the new guidelines.

It turned out that peanut allergies were far less common in Israel—where parents commonly feed their babies peanut-containing foods before their first birthday, Togias said.

The LEAP trial recruited over 600 babies who were considered to be at high risk of peanut allergy because they had severe eczema, egg allergy or both.

Half of the parents were randomly assigned to regularly give their baby peanut-containing foods, while the other half avoided peanuts. These diet regimens were continued until the children were 5 years old.

In the end, the results were "dramatic," Baker said.

"The benefit is huge," Togias said.

The new guidelines break things down into three risk categories. First, there are the babies at high risk of peanut allergy because of severe eczema and/or egg allergy: They should have peanut-containing foods introduced as early as 4 to 6 months of age, the guidelines say.

Then there are babies at "moderate" risk, because of mild to moderate eczema. They should start peanut-containing foods around the age of 6 months.

For other babies, there is no specific recommendation on when or if to start peanut products. The bottom line is that parents should not fear the food, Togias said.

There are some precautions. Parents of high-risk babies should work with their pediatrician or allergy specialist, rather than going it alone, Togias said.

"What we hope is that during the routine 4-month visit to the pediatrician, the doctor or the parents will bring this up," Togias said. "Then they can put together a plan for introducing peanut-containing foods."

The doctor may first want to do an allergy test, to see if the baby is already sensitized to peanuts. The babies should also first start some other solid foods before peanut products are added.

Dr. Andrew Bird is a pediatric allergist at the University of Texas Southwestern Medical Center in Dallas. He said he hopes the guidelines prompt more discussions between parents and doctors.

"This isn't a mandate saying that all children should have peanut in the first year of life," said Bird, who was not involved in the guidelines.

But, he added, parents should talk to their doctor about whether and how to curb the risk of peanut allergy.

"We want, for one, to make sure these foods are introduced in a safe, age-appropriate manner," said Bird, who also directs the Food Allergy Center at Children's Medical Center.

Parents can, for example, mix smooth peanut butter with breast milk, formula or warm water (then let it cool), according to the guidelines.

Why does the tactic work? According to Togias, early exposure to peanuts "the natural way" may help the developing immune system develop a tolerance.

He said researchers are looking at whether the same approach can help prevent other types of food allergies.

The guidelines were published Jan. 5 in the Journal of Allergy and Clinical Immunology and several other medical journals.