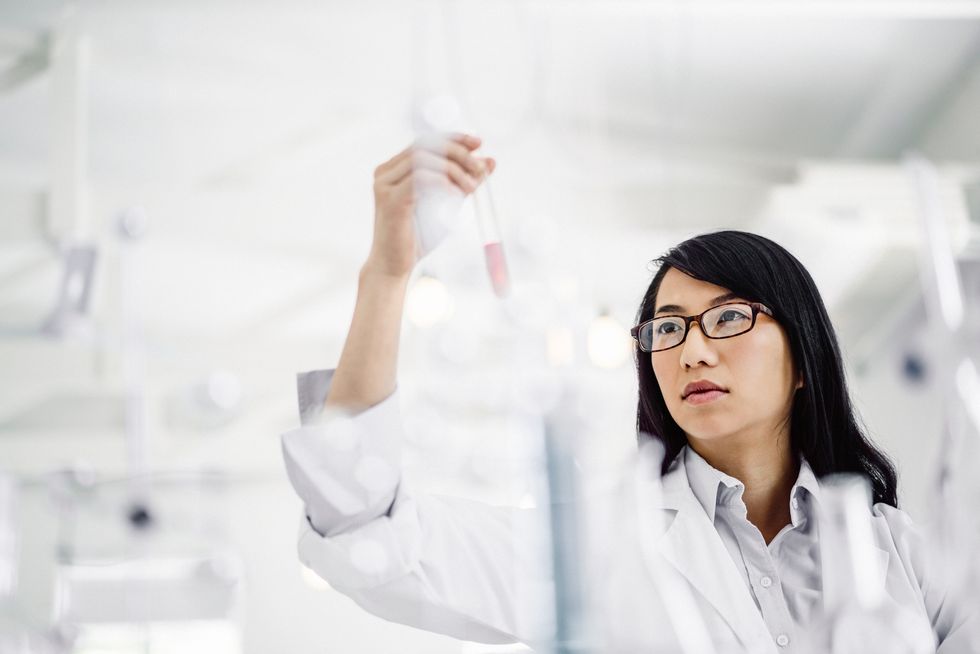 Could the DNA from a patient's breast tumor help doctors spot whether stray cancer cells are still in her blood?

(HealthDay News) -- Could the DNA from a patient's breast tumor help doctors spot whether stray cancer cells are still in her blood?

That's what a small, new study suggests is possible. If the findings are replicated in a larger study, such a test might help determine whether a treatment is working or not. It also has the potential to reduce unnecessary additional treatments for breast cancer.

Now, women may have chemotherapy before surgery to destroy cancer cells. If the chemotherapy works well, it's possible a woman might not even need surgery, the researchers explained.

Senior study author Dr. Muhammed Murtaza, from the Translational Genomics Research Institute (TGen) in Phoenix, said about one-third of women who have surgery after chemotherapy show no signs of residual cancer. This suggests that the surgery might not have been needed. But right now, there's no way to say for sure whether there are any remaining cancer cells in the blood without performing surgery.

Murtaza said the researchers hoped to create a test that could be performed before and after chemotherapy to predict which women need surgery and who might not need the additional procedure.

Along with study lead author Bradon McDonald from TGen, the researchers developed a personalized test dubbed TARDIS that could detect circulating tumor DNA (ctDNA) using just a vial of blood.

CtDNA is DNA fragments that are shed from the tumor site and then circulate in the blood, the study authors explained.

The test is individualized using DNA from a piece of the tumor taken when the breast cancer is first diagnosed.

"From when we receive a tumor sample at the time of diagnosis, the turnaround time [to create the personalized test] takes about three to four weeks," Murtaza said. And, once the test is created, it can be used repeatedly to look for ctDNA in that particular woman.

The study team used the test on 33 women, aged 40 to 70, with breast cancer, Murtaza said. Their cancers were diagnosed as stage 1 to 3, and none of the women had cancer that had spread to other parts of their body (metastasized). The women were followed for several months -- from diagnosis until the time they had surgery to remove their tumor.

For women who responded well to chemotherapy, the new test showed a 96% decrease in ctDNA. Those who still had evidence of breast cancer only showed a 77% decrease, suggesting that the test will be helpful for guiding the cancer treatment.

The new approach was 100-fold better at detecting ctDNA than past approaches at doing so, the researchers said.

"It's feasible now to accurately monitor treatment response in early-stage breast cancer patients, and we're on our way to accurately predicting residual disease in these patients," Murtaza said.

It's too early to speculate on what this test might cost, Murtaza noted. The development of the test is time-consuming at first, but because the test can be used repeatedly, it would likely be considered economical.

Michael Melner, senior scientific director of the Molecular Genetics and Biochemistry of Cancer Program at the American Cancer Society, said the study is "very interesting, but we don't yet know if it will pan out."

Melner said the test's ability to accurately detect ctDNA is exciting. If other research teams can replicate the findings, the test might be an important step forward, he added.

The findings were published Aug. 7 in the journal Science Translational Medicine.