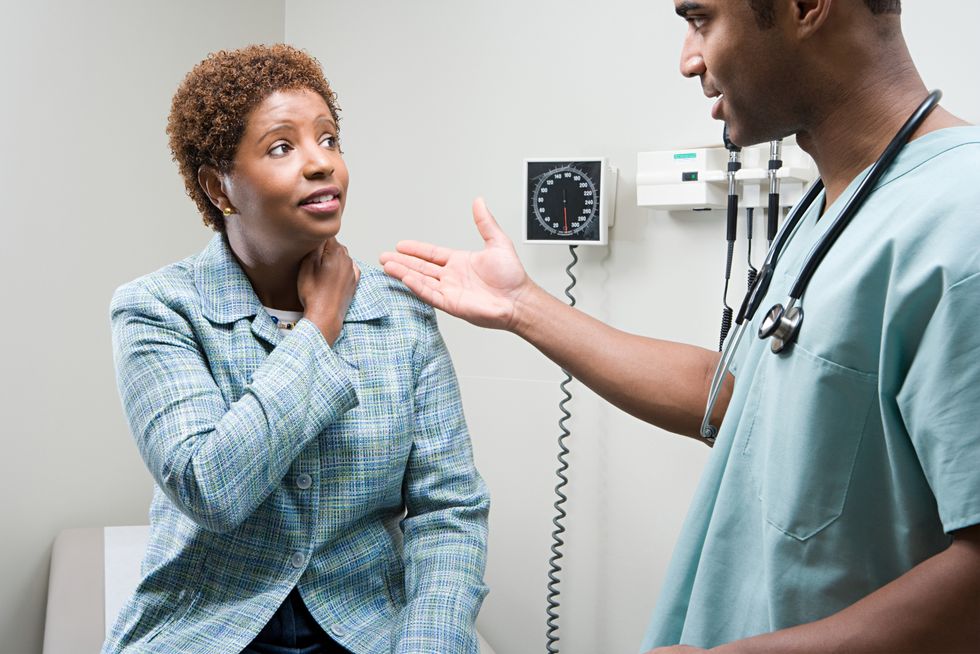 Most Americans Lie to Their Doctors

Most Americans Lie to Their Doctors

As many as 4 out of 5 Americans withhold important information from their doctor that could prove crucial to their health.

TUESDAY, Dec. 4, 2018 (HealthDay News) -- As many as 4 out of 5 Americans withhold important information from their doctor that could prove crucial to their health, a new study shows.

READ: When It's Time to Change Doctors

Between 60 and 80 percent of people admit they avoid telling their doctor details that could be relevant to their well-being.

"I know at some level this is a 'no duh,' of course, people mislead, but I was surprised how pervasive it is," said senior researcher Angela Fagerlin, chair of population health sciences at the University of Utah in Salt Lake City. "A lot of people are not fully honest with their provider. They don't tell them all the information they could tell them."

Shame and fear appear to be at the root of this lack of communication, the researchers found.

Patients don't want to admit that they disagree with their doctor or don't understand what the doctor has told them, Fagerlin said. People also don't want to fess up about their unhealthy behaviors.

But keeping this information secret can lead to some very dire consequences.

American Academy of Family Physicians President Dr. John Cullen recalled a situation years ago when a patient with apparent appendicitis was being prepped for surgery.

"Unfortunately, methamphetamine can sometimes present the same way as appendicitis," said Cullen, a family physician in Valdez, Alaska, with more than 25 years of experience. "As we're getting ready to take him to the operating room, I remember saying, 'We're about to cut you open here. Are you sure you don't want to tell me anything else?'

"That's when we found out about the methamphetamine use," Cullen continued. "Indeed, that was the cause, and we stopped the surgery."

Sharing information can also help doctors prevent drug interactions, or change a patient's treatment plan so he or she will be more likely to comply with it, Fagerlin said.

For the study, Fagerlin and her colleagues surveyed two different pools of patients, 4,510 in all.

The most common thing people don't tell their doctor is that they don't agree with the physician's recommended course of treatment, the researchers found. About 46 percent of people in the younger group and 31 percent in the older group said they'd done this.

This is not good because people who disagree with their doctor might not follow through on taking prescribed medications or receiving recommended follow-up tests, Fagerlin said.

Second most often, people wouldn't admit that they didn't fully understand the instructions a provider gave them. That happened with 32 percent of younger patients and 24 percent of older patients.

After that, patients most often withheld information about personal habits that could be unhealthy -- poor diet (24 percent for younger and 20 percent for older patients), not taking medication as prescribed (22 and 18 percent), not exercising (22 percent in both groups), or taking someone else's prescription medication (14 and 9 percent).

The researchers also asked why patients didn't tell the whole story, and the No. 1 reason was that they didn't want the doctor to give them a hard time about their behavior (82 and 64 percent)

That last reason is particularly important in the new age of electronic health records (EHRs) that are easily swapped between doctors, said Cullen, who wasn't involved in the study.

"I think EHRs worry people," Cullen said. "A lot of times I'll make a point of saying, 'This will not go on the record' and close up my computer, so they know what they're telling me is privileged information. In a small town, that's really important."

Doctors can help their patients air disagreements or misunderstandings regarding their treatment by asking for feedback, Fagerlin said.

"Providers can do things like say, 'I just gave you a whole bunch of information and I know it's really confusing, and I'm not sure I did it in the best way. Can you let me know what you heard from me to make sure I got it right?' " Fagerlin said. "Or they can ask, 'Do you agree with this or do you think another route of care might be better?' "

Such back-and-forth is "really the essence of the patient-physician relationship," Cullen said.

"This is the art of medicine right here, and this is why it's so important to have a physician you can relate to and who is engaged in that two-way communication," Cullen said.

The new study was published Nov. 30 in the journal JAMA Network Open.

Why ‘Namaste’ Has Become the Perfect Pandemic Greeting

It's not just for yoga anymore; namaste is a an acknowledgement of our shared humanity when we need it most