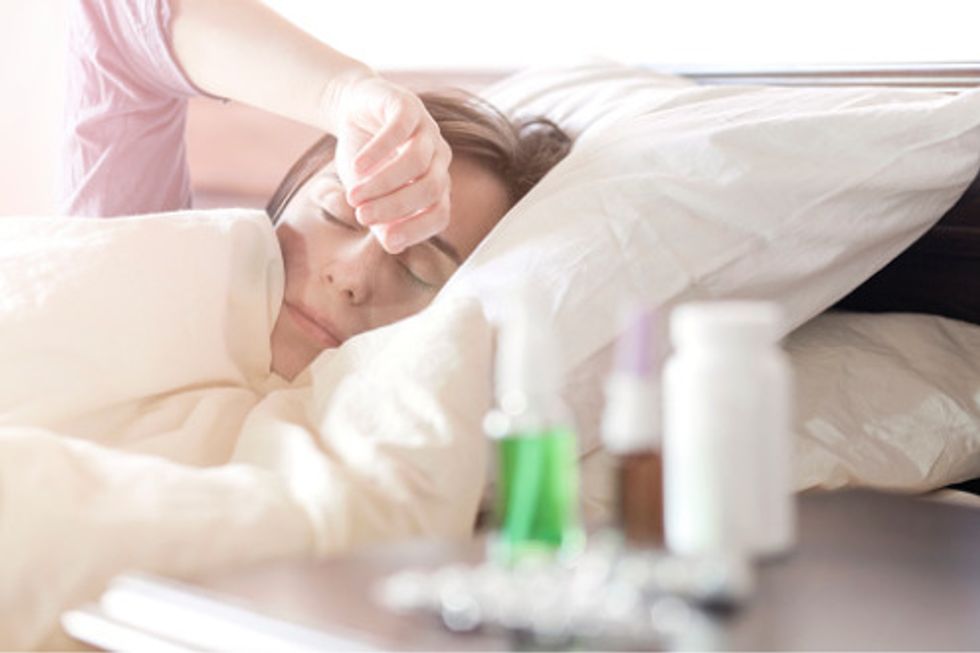 Mono May Increase Your Risk for These Other Diseases

If you’ve had mono, you may be at greater risk for seven other serious immune-system diseases.

MONDAY, April 16, 2018 (HealthDay News) -- Millions of young Americans have lived through the fatigue and discomfort of mononucleosis.

Now, new research suggests, but doesn't prove, that the virus that causes the illness may be linked to an increased risk for seven other serious immune-system diseases.

"Mono" is a contagious illness that occurs most often in teens and young adults. It's caused by the Epstein-Barr virus, one of the most common human viruses.

"The new results are building a strong case that this virus is also involved in causing a number of autoimmune diseases for at least some patients," added Harley. He is director of the Cincinnati Children's Hospital Center for Autoimmune Genomics and Etiology.

"It is the kind of circumstantial evidence that is comparable to a smoking gun," he added.

And those seven diseases affect roughly 8 million Americans, Harley and his colleagues said.

However, one expert said people who have had mono shouldn't panic.

The findings "should not be a cause for alarm," said Dr. David Pisetsky, a professor of medicine at the Duke University School of Medicine in Durham, N.C.

"In modern life everyone has been exposed and infected with Epstein-Barr," he noted. "And if 99 percent of people have been exposed to Epstein-Barr, and only 0.1 percent have lupus, it means there really must be other factors at play that affect risk," Pisetsky explained.

"I really don't think it's a reason for undue concern," he added. Pisetsky is also on the scientific advisory board for the Lupus Research Alliance.

Harley's in-depth genetic analysis revealed that at the cellular level, the Epstein-Barr virus shares a number of abnormal viral on-off switches ("transcription factors") in common with those seven other illnesses.

Those transcription factors are meant to move along the human genome (DNA roadmap), jumpstarting cells into performing necessary tasks.

But the abnormal switches found in Epstein-Barr hijack this process. First, they bind to a specific protein -- known as EBNA2. Then they move about the genome in search of disease trigger points. Once docked at a respective trigger point, the risk for that particular disease goes up, the new research suggests.

Harley said he and other scientists will continue to examine additional factors that likely also contribute to autoimmune risk. Autoimmune diseases occur when your immune system mistakenly attacks your body.

As the cause of mononucleosis, Epstein-Barr is typically transmitted via saliva, giving rise to its nickname as the "kissing disease."

Kids and teens with mono may have a fever, muscle aches and sore throat. They often feel exhausted. However, many people -- especially young children -- experience no symptoms. And in most cases, mono resolves within a couple of weeks.

The new findings stem from an extensive genetic review of potential links between the Epstein-Barr virus and roughly 200 illnesses. However, the study could not prove a cause-and-effect relationship.

Tim Coetzee is chief advocate for services and research with the National Multiple Sclerosis Society. He characterizes the new findings as "an important contribution."

"We need these kinds of studies to help us unravel how this virus could trigger disease," he said. "The paper is also a powerful demonstration about how detailed genetic studies can help us understand human diseases."

Careful research like this, Coetzee added, "will give us the knowledge we need to better understand the complexity of autoimmune diseases, and importantly point the way to potential prevention of these."

The study results were released online April 16 in Nature Genetics.

Obesity Is a Disease That Can Be Managed in Many Ways

Find out more about obesity and how it can be treated