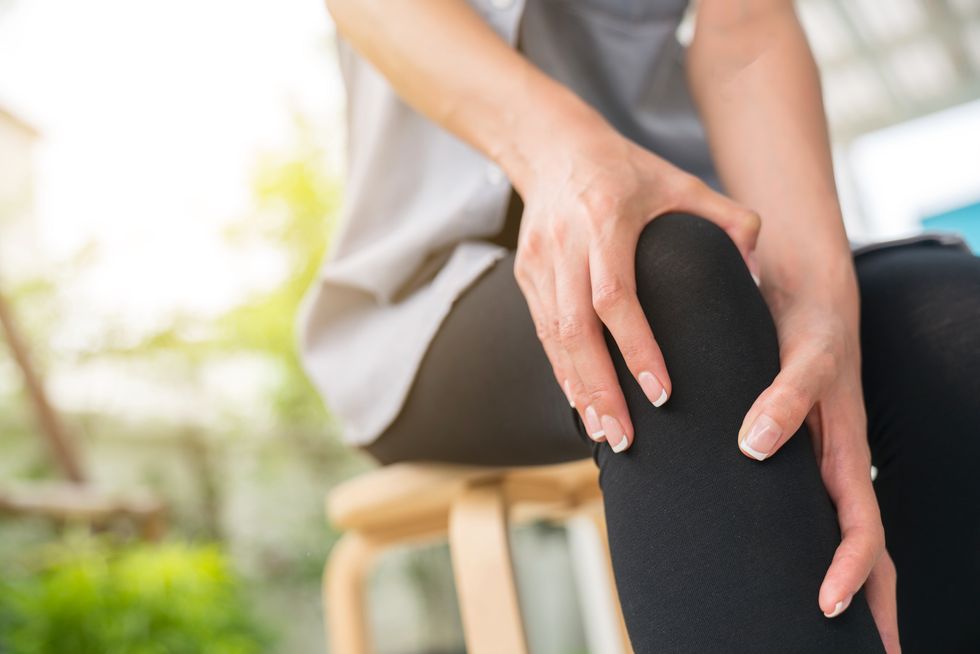 For This Mom, Rare Bone Disease Is a Family Affair

Most people expect some risk in activities like mountain biking or rollerblading, but few would expect to end up in the emergency room with a broken thigh bone from doing a squat.

FRIDAY, Sept. 13, 2019 (HealthDay News) -- Most people expect some risk in activities like mountain biking or rollerblading, but few would expect to end up in the emergency room with a broken thigh bone from doing a squat.

READ: Understanding Your Bone Health As You Age

That's exactly what happened to Rachel Jones, 39, who was just trying to stay in shape, despite having a lifelong genetic illness.

The broken femur wasn't her first broken bone -- and it may not be her last. Jones has a disease called XLH, short for X-linked hypophosphatemia. It causes rickets (a low vitamin D condition) and low phosphorus levels in the body, which affects bone strength and causes a number of other problems, too.

Jones, who lives in Colorado Springs, Colo., was diagnosed with XLH when she was 6 months old. Her mother and brother also have the disease, as do her daughter, Brooke and son, Benjamin.

"On a day-to-day basis, I deal with chronic pain in some parts of my body -- sometimes the pain lasts from the time I wake up until the time I go to bed," Jones said, adding that it's not something she thinks about all the time because she's used to it.

"I also have limited mobility and muscle weakness, and there's always the fear of breaking a bone. It seems like every time I try to get back into shape, something happens. My knees need to be replaced, and potentially my hips at some point," she said, noting that it was really hard to start thinking about a double-knee replacement in one's 30s.

But throughout her life, Jones hasn't let the disease stop her from doing the things she wanted to do. As a child, she loved dancing and kept doing it despite injuries and her mother's objections.

She's turned that drive into a career and is now the executive director of the XLH Network, a patient advocacy group.

For the past year, Jones and her children have been taking a newly available medication called burosumab (Crysvita) that helps the body retain phosphorus. She said it has eased her muscle pain and fatigue.

"I didn't realize how tired I was until I wasn't anymore," she said. "I really had no idea how exhausted I was."

Her kids are only 6 and 8 right now, so Jones is hoping the drug will help prevent some of the damage associated with the disease.

XLH is caused by a mutation in an X chromosome. Men have an X and a Y chromosome, so if they have XLH, they will always pass it on to their offspring. Because women have two X chromosomes, a woman with XLH has a 50-50 chance of passing the disorder to her offspring, Jones said.

"XLH is quite a rare disorder, with a prevalence of 1 in 20,000," Robinson said. "Many pediatricians and general practitioners never see a case in their careers."

She said most of the body's phosphorus is excreted in urine in people with XLH instead of being reabsorbed. And phosphorus is critical for proper bone development. Without enough, bones soften, Robinson noted.

The most obvious signs of XLH are leg deformities (due to the soft bones) such as bowing or twisting, knock knees, gait disturbances and short stature. Dental issues, such as problems with tooth formation and spontaneous abscesses can also occur. Robinson said XLH's severity varies from person to person.

"Although XLH is a progressive and lifelong disorder, appropriate therapy can significantly improve the skeletal complications and overall quality of life. Early recognition, diagnosis and appropriate intervention are essential to minimize the long-term effects," Robinson said.

The noticeable physical differences XLH can cause can lead to other problems, especially for children, Jones said.

"My son is much smaller than other kids. They assume he's younger, and he gets made fun of a lot in school. It seems to be harder for boys than for girls," she said.

But, like Jones, her kids don't let XLH stop them from doing what they want.

Jones said that living with XLH or any other rare disease can be lonely. She said friends and family may not understand the disease and may not offer support.

"Living with a chronic disease can have an emotional toll. People with the disease may not talk about their symptoms, but that doesn't mean they're not going through struggles. Be willing to be a support, and parents can help by teaching children compassion," she said.

What Is Alopecia? It’s No Laughing Matter for Millions of Black American Women

Can You Hear Me and Other People With Disabilities?