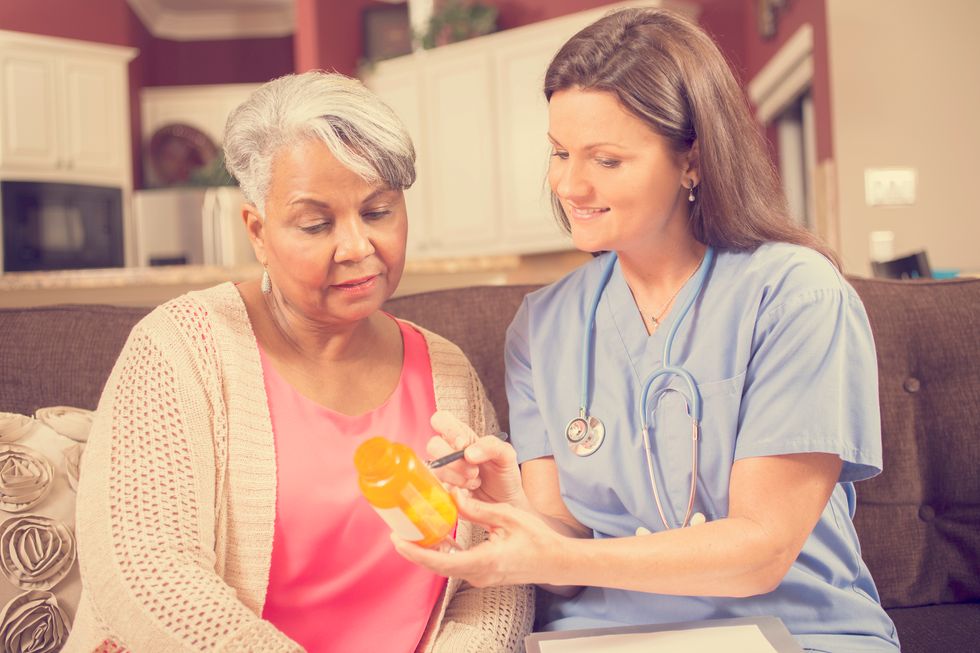 Many Seniors Take Multiple Meds That Can Affect the Brain

Many Seniors Take Multiple Meds That Can Affect the Brain

There has been a sharp rise in the number of American seniors who take three or more medications that affect their brains, a new study reveals.

MONDAY, Feb. 13, 2017 (HealthDay News)—There has been a sharp rise in the number of American seniors who take three or more medications that affect their brains, a new study reveals.

The study looked at seniors' use of opioid painkillers, antidepressants, tranquilizers and antipsychotic drugs. A review of U.S. Centers for Disease Control and Prevention data showed that the use of these drugs in people over 65 more than doubled from 2004 to 2013.

The researchers estimated that approximately 3.7 million doctor visits a year are by seniors taking three or more of these drugs. The largest increase was seen among seniors in rural areas. There, the use of these drugs more than tripled.

The spike in the combined use of drugs that act on the central nervous system is cause for concern because it can lead to falls and resulting injuries, affect driving ability, and cause memory and thinking problems, the study authors noted.

Taking opioid painkillers (such as Oxycontin) along with certain other brain-affecting drugs—including benzodiazepine tranquilizers (such as Valium and Xanax)—is of particular concern due to the increased risk of death, the researchers explained.

"The rise we saw in these data may reflect the increased willingness of seniors to seek help and accept medication for mental health conditions—but it's also concerning because of the risks of combining these medications," said study lead author Dr. Donovan Maust. He is a geriatric psychiatrist at the University of Michigan's academic medical center, in Ann Arbor.

Another worrisome finding was that nearly half of seniors taking these drug combinations didn't have a formal diagnosis of a mental health condition, insomnia or pain condition—the three main types of problems the drugs are typically prescribed for.

"We hope that the newer prescribing guidelines for older adults encourage providers and patients to reconsider the potential risks and benefits from these combinations," Maust said in a university news release.

Findings from the study were published Feb. 13 in the journal JAMA Internal Medicine.