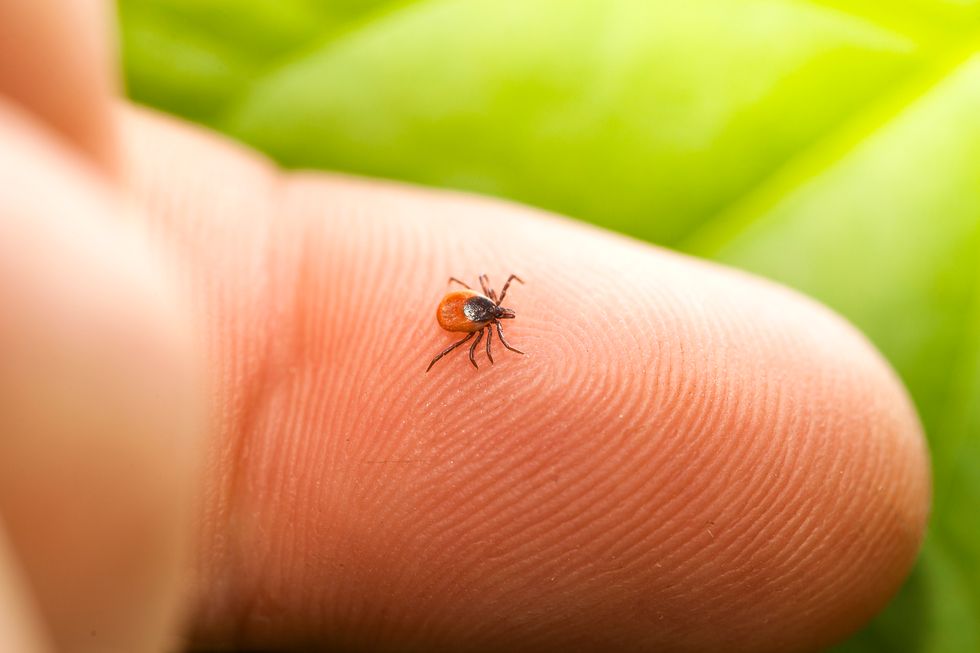 Many Americans Unaware of This Year's Heavy Tick Season

Many Americans Unaware of This Year's Heavy Tick Season

Most Americans know that ticks can make them sick, and many take steps to avoid them. But few know that this summer could be a particularly bad one for tick bites.

MONDAY, July 17, 2017 (HealthDay News) -- Most Americans know that ticks can make them sick, and many take steps to avoid them. But few know that this summer could be a particularly bad one for tick bites, a new HealthDay/Harris Poll shows.

Scientists have predicted an upswing in the tick population this summer, which could potentially mean more tick-borne infections.

Lyme disease is the most common of those illnesses, but the bugs can transmit a host of other, sometimes deadly, infections.

One example is Powassan virus. It's rare, according to the U.S. Centers for Disease Control and Prevention: There have been about 75 cases reported in the United States in the past decade -- mostly in the Northeast and in Minnesota and Wisconsin.

Often, Powassan causes no symptoms, the CDC says. When symptoms do strike, they include fever, vomiting, confusion and seizures. The infection can also cause potentially deadly brain inflammation.

About half of survivors are left with permanent neurological issues, such as recurrent headaches or memory problems, according to the CDC.

No one, however, is saying Powassan should keep people up at night.

"There's a handful of cases reported each year," said Rafal Tokarz, a researcher at Columbia University's Center for Infection and Immunity in New York City.

And while the actual numbers are probably larger, Tokarz said, the odds of encountering a Powassan-carrying tick are "very low."

Still, Powassan and other rare tick-borne diseases have gotten media attention of late.

There has been some suggestion that the number of ticks with Powassan might be on the rise, Tokarz noted -- though, he added, "that's not clear yet."

A spotlight has also been thrown on a tick-borne illness called Bourbon virus, which was only first recognized in 2014.

Last month, a Missouri woman died of the infection. According to media reports, her family said doctors did not know to test for the disease, and she was initially diagnosed with a urinary tract infection.

Illness-causing ticks are an issue throughout the continental United States -- though the specific diseases they carry vary by region, said Dr. Paul Auwaerter, president-elect of the Infectious Diseases Society of America.

Lyme disease -- which is concentrated in the Northeast and upper Midwest -- is the best known, he noted.

The new survey bore that out. Most Americans (82 percent) have heard of Lyme disease, and most know they can catch it from a tick. But there is far less awareness of most other tick-borne diseases; only 4 percent adults have ever heard of Powassan, for example.

Meanwhile, just one-quarter seem to be aware of reports that the tick population might soar this season.

"Perhaps the most important finding is that three-quarters of the public are not aware of reports of a sizable increase in the number of ticks this summer and are therefore no more likely than in previous years to always take steps to reduce the risks of being bitten," said Humphrey Taylor, chairman emeritus of The Harris Poll.

Tokarz also said he suspects that most people don't change their behavior year to year, based on the tick-population forecast.

But most adults who believe they live in Lyme-ridden areas do say they take steps to be careful outdoors. (Only people in Lyme-affected regions were asked about personal preventive steps.)

Over 70 percent say they wear long pants, socks and/or boots when hiking or walking in wooded areas. Another 60 percent use insect repellent.

And among all survey respondents, most people know these measures help ward off ticks.

It's not only the woods that present a risk in tick-affected areas, though. The bugs can be prevalent in parks and backyards, too, Tokarz said.

So after spending time outdoors, he said, it's a good idea to do a "tick check" on your own body and your kids'.

If you find a tick, Tokarz said, use tweezers to gently pull it from the skin.

Finally, he said, if you know you've been exposed to ticks and soon after develop symptoms -- like fever, body aches or a rash -- call your doctor.

Of course, the risk of tick-borne ills varies person to person. If you're an "urban dweller" who avoids the great outdoors, Auwaerter said, you're unlikely to encounter ticks.

And for reasons that aren't clear, he noted, some people tend to be "tick magnets."

That said, Auwaerter added, it's "prudent" for everyone to be aware of how to protect themselves if they are venturing into areas that could be infested with ticks.

The poll, conducted June 23-27, surveyed 2,031 U.S. adults. Figures for age, sex, race/ethnicity, education, region and household income were weighted where necessary to bring them into line with their actual proportions in the population.

"Welkom" to the Beauty of the Philadelphia Flower Show