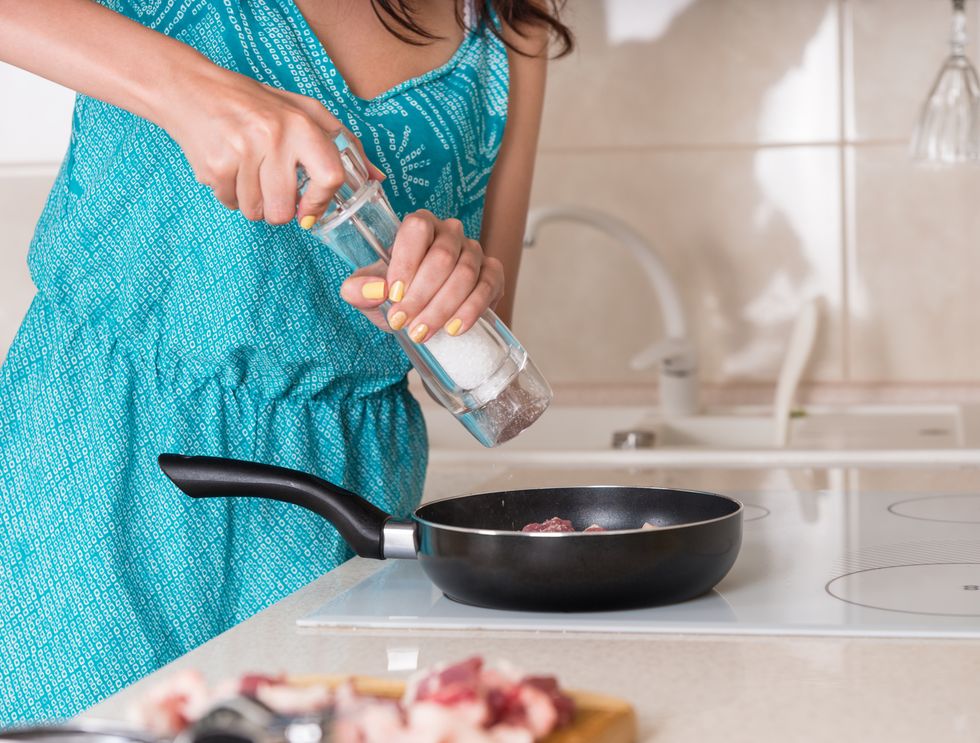 Is a Low-Salt Diet Always Healthy?

Is a Low-Salt Diet Always Healthy?

Steering clear of salty foods might not be as helpful for your heart health as previously thought.

TUESDAY, April 25, 2017 (HealthDay News)—Steering clear of salty foods might not be as helpful for your heart health as previously thought, a new study claims.

Participants in a long-range heart study did not appear to derive any health advantage from a low-salt diet, said lead researcher Lynn Moore.

"People who were on a lower-sodium [salt] diet in general over the next 20 or 30 years actually had no benefit, specifically in terms of their blood pressure or their risk of developing heart disease," said Moore, an associate professor with the Boston University School of Medicine.

On the other hand, these people did enjoy better health when they increased their intake of potassium, a mineral that helps the heart in a couple of ways, Moore and her colleagues found.

"Higher intakes of potassium were strongly associated with both a lower blood pressure and a lower risk of heart disease," Moore said. "The same was true for magnesium."

But before you reach for the shaker, consider that a leading proponent of low-sodium diets, the American Heart Association (AHA), questioned the study's validity and said it would continue to recommend limiting salt intake.

"When there are really well-conducted clinical trials that show a direct and progressive relationship between sodium and blood pressure, I would pause before I did anything based on what's reported in this abstract," said AHA spokeswoman Cheryl Anderson. She's an associate professor of cardiovascular epidemiology with the University of California, San Diego School of Medicine.

Moore said her results show that Americans' average sodium intake—around 3,000 to 3,500 milligrams (mg) a day—should be healthy, particularly if they also get enough potassium and magnesium.

"There seems to be no real added risk in that range," Moore said. "I think the average American is probably doing OK in terms of sodium, but almost all Americans need to increase their intake of potassium."

The new study comes on the heels of another controversial paper published last May. It suggested that restricting dietary salt to less than 3,000 mg a day appeared to increase the risk of heart disease as much as eating more than 7,000 mg a day. The AHA also disputed the earlier study, which appeared in The Lancet.

Moore's findings are based on data from more than 2,600 men and women participating in the Framingham Heart Study, a long-range heart health study of people from Framingham, Mass.

The investigators also found that people with higher intake of potassium, calcium and magnesium had lower long-term blood pressure.

But the research team relied on six days of detailed dietary records to estimate people's intake of sodium and other various minerals, which is a relatively unreliable method, Anderson said.

The gold standard for tracking sodium levels is through urine samples taken across multiple days, she said. Food diaries can be inaccurate.

"They may not have captured sodium intake accurately," Anderson said.

The study's positive results regarding potassium have been supported by other studies, Anderson added.

The mineral also helps relax the blood vessels and make them more flexible, which can help lower blood pressure, Moore and Anderson said.

People who consume a lot of salt—5,000 milligrams per day—should cut back, Moore said.

Also, "for that subset of the population that's sensitive to salt in the diet, a really critical thing is how much they're getting of other minerals, in particular potassium but perhaps magnesium as well," Moore said.

Moore was scheduled to present her findings Tuesday at the American Society for Nutrition's annual meeting, in Chicago. The results should be considered preliminary until the data is peer-reviewed for publication in a medical journal.