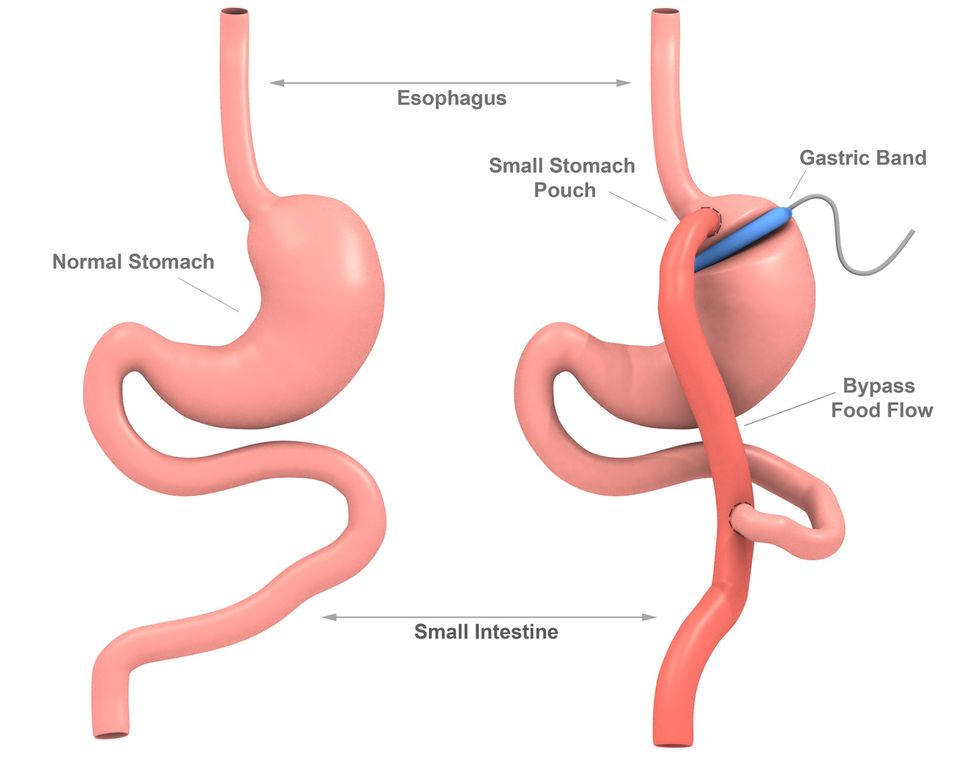 Obesity surgery can have long-lasting effects on weight and the risk of developing type 2 diabetes and high blood pressure, a new study finds.

WEDNESDAY, Sept. 20, 2017 (HealthDay News)—Obesity surgery can have long-lasting effects on weight and the risk of developing type 2 diabetes and high blood pressure, a new study finds.

Doctors have known that a type of obesity surgery, called gastric bypass, works in the short-term. Patients typically lose a lot of weight, and obesity-related health problems can be prevented or even cured.

But the new findings show that the benefits are still apparent 12 years later.

The study, of more than 1,100 severely obese adults, found that those who underwent gastric bypass lost an average of 100 pounds over two years. By year 12, they'd managed to keep 77 of those pounds off.

On top of the weight loss, surgery patients had a much lower risk of developing type 2 diabetes—92 percent lower, versus obese patients who did not have surgery.

"This is very effective at diabetes prevention," said lead researcher Ted Adams, a professor at the University of Utah School of Medicine.

The surgery can also reverse existing diabetes. At year 12, half of patients who'd had type 2 diabetes before surgery were in remission, according to the study.

Still, Adams said, gastric bypass has risks, and it's considered a last resort after other weight-loss attempts have failed.

So candidates for the surgery should go in fully informed of the pros and cons, Adams said.

An obesity specialist who was not involved in the study agreed.

"It does take a lot of hard work before and after surgery. And this is not a cure-all for diabetes," said Dr. Scott Isaacs, medical director of Atlanta Endocrine Associates.

The hard work includes a lifelong commitment to diet and exercise changes. So the surgery itself is no "magic bullet," said Isaacs, who is a spokesperson for the Obesity Society.

That said, he called the news findings "really clear-cut."

"It's one of the best studies we've had done to date," Isaacs said. "And it shows that this is a safe, effective surgery with durable results."

In all, 418 underwent gastric bypass, while the rest either did not seek surgery or considered it but did not go through with it—mostly for insurance reasons.

During gastric bypass, a surgeon staples the stomach to create a "pouch" that can hold only a small amount of food at a time. Then a passage is created from the pouch to the middle of the small intestine—limiting the body's absorption of nutrients.

In general, Isaacs said, the surgery is reserved for people with a body mass index (BMI) of at least 40—meaning they're around 100 pounds or more overweight. It may also be recommended for people who have a BMI of 35-plus and health conditions such as diabetes or heart disease.

There are risks from the surgery itself, including blood clots, infections and bleeding, according to the NIH.

The risk of death, he added, is low—on par with hip replacement surgery—but it's a possibility.

All of that has to be weighed against the potential benefits, Adams said.

Similarly, 16 percent developed high blood pressure, versus more than 40 percent of other patients.

Of patients who'd had diabetes before surgery, 75 percent went into remission by year two. That waned to 51 percent by year 12.

There was one concerning finding—one that past studies have uncovered, too. Seven study patients died by suicide after having surgery.

It's not clear why, Adams said. But patients in the surgery group did tend to report a poorer quality of life before having the procedure, he said, versus people who did not opt for surgery.

It's possible, Adams speculated, that for certain people, the surgery did not improve their life to the degree they'd hoped.

Also, Isaacs noted that research suggests the surgery may change the way alcohol is metabolized—and potentially contribute to drinking problems in certain people.

The study findings were published in the Sept. 21 issue of the New England Journal of Medicine.