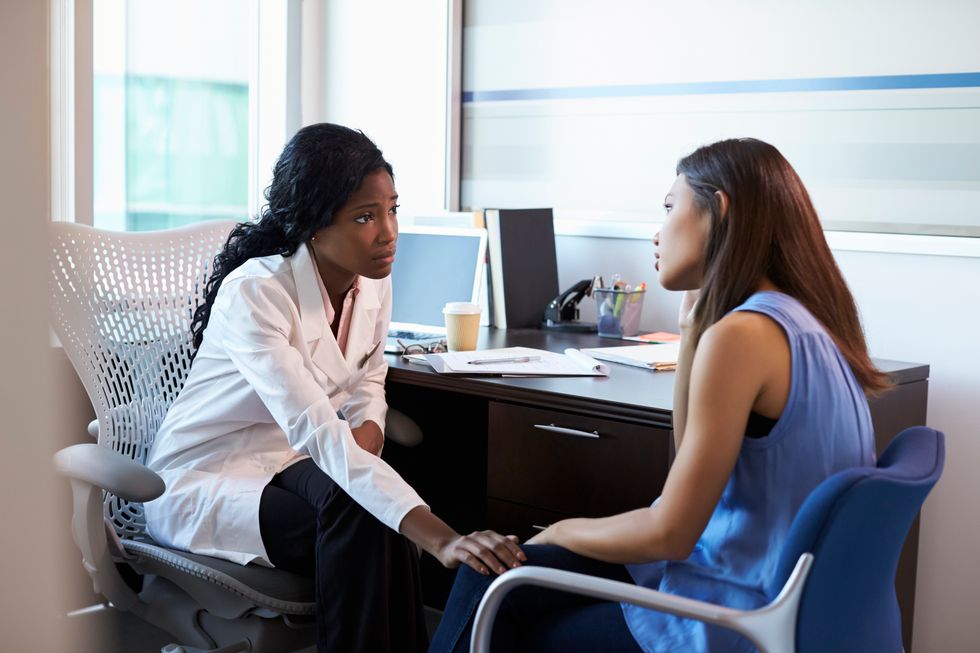 A new method that blocks blood flow to growths worked for women who went on to conceive and have children.

TUESDAY, June 13, 2017 (HealthDay News)—A simple procedure may help women who are suffering from fibroids without jeopardizing their future fertility, a new study suggests.

Uterine fibroid embolization (UFE) blocks blood flow to fibroids so they stop growing or shrink. But the technique hasn't been recommended for women who hope to conceive since it was unclear if blood flow might also be blocked to the uterus itself, the researchers explained.

According to prior studies, fertility issues strike one of every four women with fibroids, which are benign, muscular tumors on the uterus. The standard treatment for these women is a myomectomy, or surgical removal of the fibroids. However, UFE is an easier, less invasive procedure, the researchers said.

"[We chose to do this study] because of the concerns about the effect of UFE on fertility and the likelihood of pregnancy after the procedure," explained study author Dr. Joao Pisco, director of interventional radiology at Saint Louis Hospital in Libson, Portugal.

Given the concerns about UFE, the researchers also tried a new twist on the procedure called a partial UFE, which only blocks the small arterial branches of the fibroids.

In the study, those with partial UFE had similar fibroid shrinkage compared with conventional UFE, plus there was an even lower complication rate, a higher pregnancy rate with live births, and fewer obstetric complications.

Another infertility expert explained how the procedure works.

"This gel foams blocks the blood flow to the tip of that vessel and stops an organ from growing, or it shrinks that organ as a result," he said.

"To help understand this procedure, imagine a glove filled with water through the palm and the five fingers," Singer continued. "What this procedure does is that instead of blocking the glove right at the base, you just block the fingers. So the palm still receives water, or blood supply."

The study included 359 women with fibroids who were unable to conceive. Over roughly six years of follow-up, 149 women who received UFE or a partial UFE became pregnant one or more times. Of those, 131 gave birth to a total of 150 babies. It was the first pregnancy for more than 85 percent of the women who gave birth, the researchers added.

Singer, who is also the director of the egg freezing program at Northwell Health System in New York City, explained that UFE had been thought to be a risky procedure for women hoping to conceive because the gel particles may reach other parts of the uterus, or restrict blood flow to a growing fetus.

Yet, the new findings demonstrate that some of these fears might be unfounded.

The results show that not only is pregnancy possible, but so are live births.

UFE could become the first-line treatment for women with fibroids who want to get pregnant, particularly for those with numerous or very large fibroids, Pisco suggested. With a fibroid recurrence rate of more than 60 percent among these women, UFE might be an important option, Pisco said.

Women who do select UFE are advised to wait at least six months following the procedure before attempting to conceive, due to the time it takes for the fibroid to heal or shrink, according to Singer.

He advises patients not to try to conceive during that healing process due to the many risk factors for mom and baby, such as miscarriage, infertility, preterm delivery, preterm contractions or the placenta implanting in the wrong location.

"Because of this study, I feel more reassured that women who have undergone UFE can use fertility medication or receive IVF [in vitro fertilization] and have a good perinatal outcome," said Singer. "For women who had this procedure done when they were younger and are not concerned about conception or having kids, this is good news."

The new study was published online June 13 in the journal Radiology.