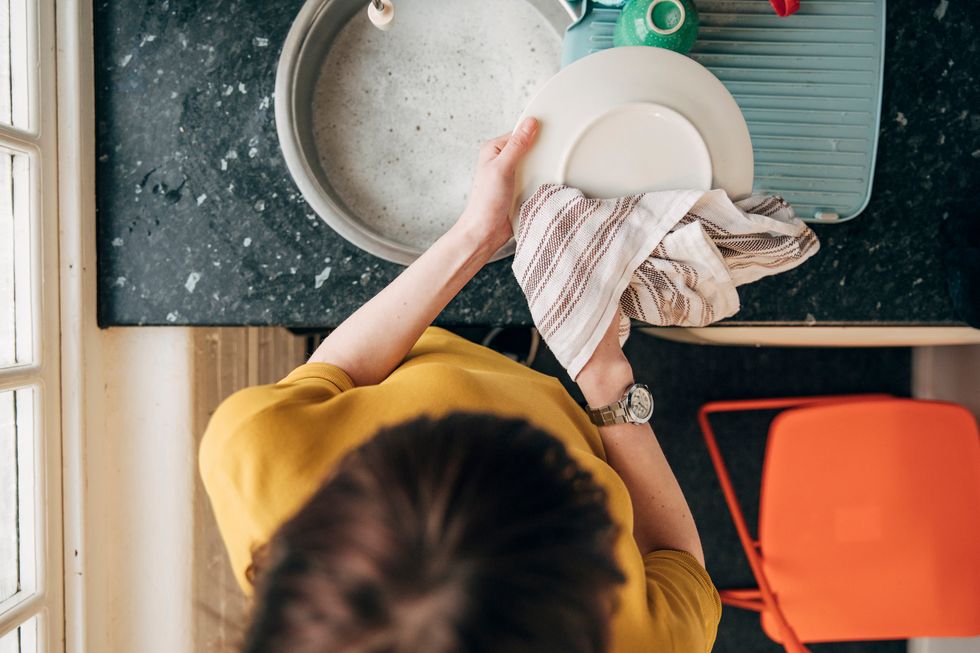 Cross-contamination is happening in the kitchen, and those bacteria could reach our food and cause food poisoning.

The answer could be yes if you use the towel for many purposes, have a large family and are not a vegetarian, according to a new study of germs lurking on towels.

READ: How to Keep Bacteria Out of the Kitchen

Forty-nine percent of the kitchen towels collected for the study were laden with bacteria, and the bacterial count increased with the number of family members and kids, researchers from the Indian Ocean island/nation of Mauritius reported.

"Cross-contamination is happening in the kitchen, and those bacteria could reach our food and cause food poisoning," said lead researcher Susheela Biranjia-Hurdoyal. She is a senior lecturer in the department of health at the University of Mauritius.

For the study, Biranjia-Hurdoyal and her colleagues sampled 100 kitchen towels that had been used for one month. They classified the types of bacteria on the towels and also how much bacteria was present.

Higher rates of S. aureus were found among low-income families and those with children, the findings showed. The risk for E. coli was higher in damp towels than dry ones, from towels used for several jobs rather than single-use ones, and from those used in non-vegetarian households.

Both E. coli and S. aureus were found at higher rates in families with non-vegetarian diets.

Kevin Sauer is an associate professor of dietetics at Kansas State University College of Human Ecology in Manhattan, Kansas. He said, "The key advice is to remain attentive to food safety when preparing food in the home, which includes proper hand-washing, avoiding cross-contamination, and cooking and storing foods at the right temperatures."

In a food-handling study he did in 2015, Sauer found that cloth towels were the most contaminated.

"However, even when provided with disposable single-use paper towels, participants were still observed using these in a way that led to additional contamination of contact surfaces," he noted.

Sauer advised that people should avoid using towels in place of hand-washing, because they can easily become contaminated with harmful germs from raw meat and poultry juices.

"Furthermore, reusing contaminated towels to wipe hands or other surfaces can easily lead to cross-contamination, and therefore should not be reused throughout meal preparation, since they too can contribute to contamination of hands, surfaces or other food products," Sauer said.

Findings from the study were scheduled for presentation Saturday at the American Society for Microbiology meeting, in Atlanta. The findings should be considered preliminary because they have not yet been published in a peer-reviewed medical journal.

But What About My Parents? Caring for Older Family Members During Coronavirus