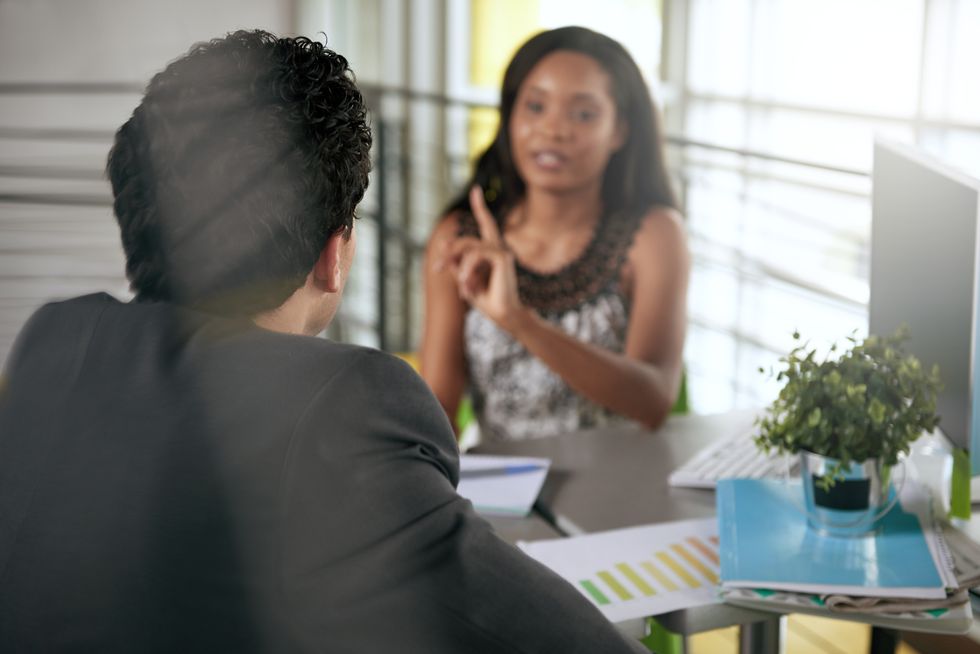 Offices around the nation are much more fractious places to be since the presidential election.

WEDNESDAY, May 3, 2017 (HealthDay News)—Office water coolers, cubicles and boardrooms around the nation are much more fractious places to be since the presidential election, new research suggests.

A new survey of American workers finds political spats in the workplace are stressing people out, and even taking a toll on job performance.

In fact, about one in every four workers said they are now avoiding certain co-workers due to their political views.

So finds the new poll, conducted by the American Psychological Association (APA). The 2017 survey of more than 1,300 adult workers also found cynicism and anxiety among workers is greater now than it was before the 2016 presidential election.

To ease the tension, "employers might prefer to keep political talk out of the workplace," said David Ballard, director of the APA's Center for Organizational Excellence.

However, "the reality is these often-heated discussions have intensified since the election, posing a threat to employee well-being and business performance," he said in an APA news release.

"The political tensions are about more than who won or lost an election," Ballard noted. "People across the political spectrum have strong feelings about very personal issues that directly affect their lives, including equality, civil liberties, the role of government, social justice and economic security," he explained.

"Being bombarded with news updates, social media chatter, and arguments with friends and co-workers can reinforce stereotypes about Republicans and Democrats, liberals and conservatives, perpetuating an 'us versus them' mentality and driving a wedge between people," Ballard said.

The more recent survey found that 26 percent of workers said they felt tense or stressed ever since the election, due to political discussions at work. That's a significant rise from the 17 percent noted in the September poll.

Political debates at work also left 21 percent of workers feelings more cynical and negative during the workday, compared to 15 percent before the election, the survey showed.

More than half of workers have found themselves engaged in political conversations since the election. The survey found 54 percent of the employees polled have engaged in such debates, and among these people, 40 percent reported that these discussions have had a negative effect on their productivity, work quality or perception of their co-workers.

These employees also said political debates have resulted in more stress, tension or workplace hostility. In comparison, only 27 percent of workers reported the same negative consequences of political discussions at work before the election took place.

"Whether it's about politics or any other difficult conversation on the job, managers and supervisors need to create a work climate where people with diverse opinions and backgrounds can work together toward common goals without their differences creating a toxic environment," said Ballard.

One in six of those polled said political debates since the election have strained their relationships at work. The researchers found 16 percent of the participants viewed their co-workers in a more negative light, 16 percent felt more isolated from others in their workplace, 17 percent said their teamwork suffered, and 18 percent perceived their workplace as a more hostile environment.

The survey also found that 31 percent of workers had witnessed colleagues arguing about politics, while 15 percent reported being involved in a political argument themselves.

Getting work done was more difficult due to political debates since the election for 15 percent of the employees polled. Work quality suffered among 13 percent and productivity fell for 14 percent, the survey found.

Cynicism and negativity among women increased dramatically since the election and the political discussions that have ensued, jumping from 9 percent before the election to 20 percent afterwards, the findings showed.

The survey showed the people who identify as liberal are more likely than moderates or conservatives to feel more tension or stress due to political discussions at work. However, liberals were also more likely to report that these political debates actually made them feel more connected to their co-workers.

One psychologist who reviewed the poll wasn't surprised.

That's particularly true for any workplace that employs a diverse range of people, he added.

According to Reisinger, energy spent in engaging in or avoiding political debates can be a real drain on productivity and worker happiness, so it's incumbent on bosses to minimize the conflict.

"Leaders who use their position of authority to espouse a particular political view will limit the functioning of diverse teams," he said. On the other hand, "leaders who acknowledge that not everyone can win—and at the same time keep the focus on the mission of the organization—will do best. They should focus on the mission, which brings them together, not try to solve their differences."