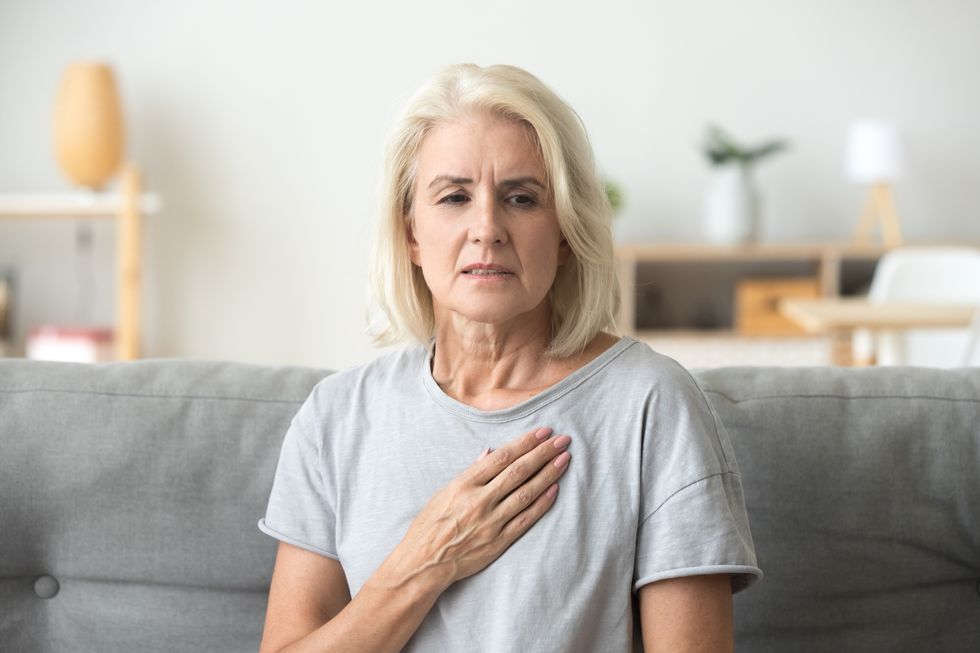 Job Insecurity May Take a Toll on Your Heart

Job Insecurity May Take a Toll on Your Heart

Losing a job or taking a big pay cut is hard on more than just your checkbook—it might drastically increase your risk of heart attack.

MONDAY, Jan. 7, 2019 (HealthDay News) -- Losing a job or taking a big pay cut is hard on more than just your checkbook -- it might drastically increase your risk of heart attack, stroke, heart failure or death.

READ: Your Risk for Heart Disease

A new study finds that people who endure large swings in income over the years are much more likely to develop heart disease or suffer a premature death.

"We found that individuals in the highest third of income volatility -- the individuals with the most fluctuation in income -- had an almost double risk of cardiovascular disease and death in the subsequent 10 years, compared with people who had the least fluctuation in income," said lead researcher Tali Elfassy. She is an assistant professor at the University of Miami Miller School of Medicine.

People who had the most volatile incomes between 1990 and 2005 were a little more than twice as likely to develop heart disease and 78 percent more likely to die from any cause during the following decade, compared with people with the most stable incomes, Elfassy and her colleagues found.

Further, people who suffered two or more income drops during that same period were 2.5 times more likely to develop heart disease and 92 percent more likely to die from any cause, compared with those who never had their income go down, the study findings showed.

The study only found an association and couldn't prove that income fluctuations caused health issues.

However, unstable income can affect a person's health in a number of ways, said Donna Arnett, past president of the American Heart Association and dean of the University of Kentucky College of Public Health.

People under stress tend to have increased blood pressure and inflammation, likely due to higher levels of the fight-or-flight hormone cortisol, Arnett said. Their ability to process blood sugar also is hampered.

Those caught in an income squeeze can also have their health affected by more practical problems, Arnett added.

Elfassy pointed out that previous studies have linked income to a person's risk of heart disease, but those studies tend to focus on income at one single point in time.

"As we all know, income changes throughout life," Elfassy said. "For this study, we were interested in changes in income over time and how that is associated with disease and mortality."

To explore that topic, the researchers turned to a large-scale ongoing heart study being conducted in four urban areas in the United States: Chicago; Minneapolis; Birmingham, Ala.; and Oakland, Calif. The investigators gathered data on nearly 4,000 participants who were between the ages of 23 and 35 back in 1990.

As part of the study, people reported their income five times between 1990 and 2005, at regular intervals. The researchers assessed income volatility based on large swings in income.

The team then tracked these people to see if income changes were associated with their health outcomes.

Only about 5 percent of the sample had absolutely no changes in income during the 15-year period, while about 90 percent experienced at least one pay increase, the researchers reported.

"Individuals with higher income volatility were more likely to be women, black, have lower income in general, and less likely to be married," Elfassy said. "They also had less years of education than those who did not have income fluctuation."

So, what should you do if you're someone with highly unstable income?

Arnett said that it's difficult to remain heart-healthy when you're facing the stress of a job loss or pay cut.

"When you're in those situations that are stressful, it's hard to do what is best. You go into survival mode. You may be more likely to have a beer and have a cigarette for stress relief," Arnett added.

On the other hand, Elfassy said, getting a little exercise can help ward off the harmful effects of a dissolving paycheck.

"You don't need to take an expensive yoga class. Simply going for a 15-minute walk every day would have benefits in and of itself. There are low-cost ways to adequately obtain physical activity," Elfassy said.

The study was published online Jan. 7 in the journal Circulation.