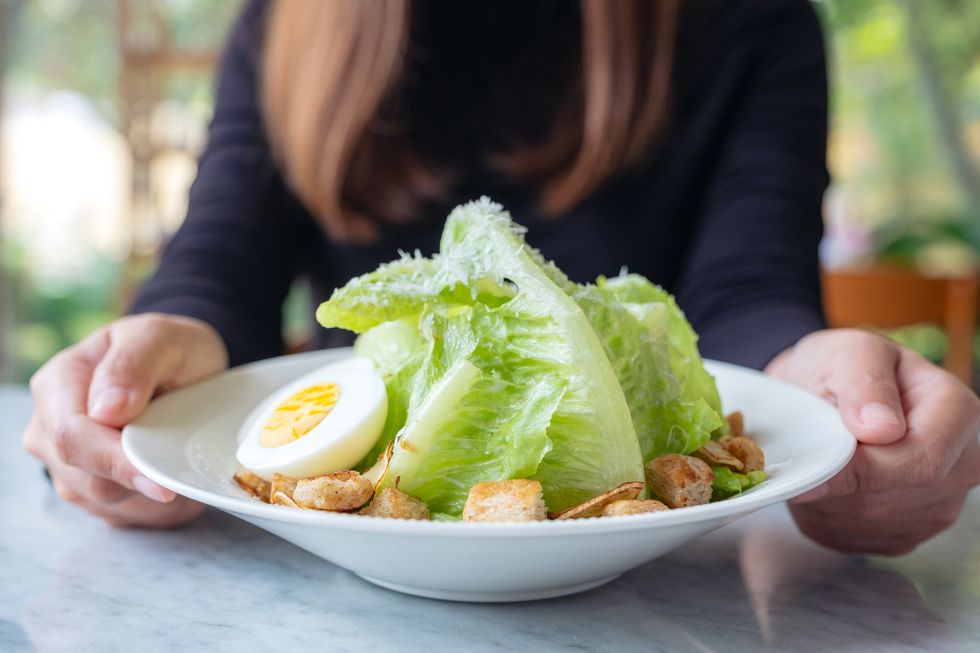 It's Safe to Eat Romaine Lettuce Again, But Check Labels

It's Safe to Eat Romaine Lettuce Again, But Check Labels

Just be sure to check the label, to avoid any chance of E. coli, the U.S. Food and Drug Administration now says.

At that point, the agency hadn't been able to narrow down the source of the tainted lettuce, Gottlieb explained. But now the source seems to be "end of season" lettuce, harvested somewhere in the Central Coast regions of central and northern California.

And, "harvesting of romaine lettuce from this region has [already] ended for the year," Gottlieb noted.

So, starting as early as this week, romaine lettuce sold in stores will carry labels listing the region where the produce was grown, along with its harvest date, the FDA said. By checking these labels, consumers can quickly determine that the produce is safe to eat.

"Romaine lettuce that was harvested outside of the Central Coast growing regions of northern and central California does not appear to be related to the current outbreak," Gottlieb stressed.

That would include romaine farmed in Arizona, Florida and Mexico, as well as California's Imperial Valley -- lettuce harvested from these areas is OK to eat.

"Hydroponically- and greenhouse-grown romaine also does not appear to be related to the current outbreak," Gottlieb added. "There is no recommendation for consumers or retailers to avoid using romaine harvested from these sources."

If heads of romaine are sold loose, without affixed labels, retailers are being asked to post a notice showing place and date of harvest near the store register.

Such labeling may become standard going forward, according to an agreement between the FDA and the leafy greens industry, the agency said.

So far, 43 people across 12 states have been sickened in this latest outbreak of E. coli, with onset in the last case occurring on Oct. 31.

"Through laboratory studies we have identified that theE. coliO157:H7 strain causing the outbreak is similar to one that produced an outbreak ofE. coliO157:H7 in thefall of 2017 that also occurred in the U.S. and Canada, which was associated with consumption of leafy greens in the U.S. and specifically romaine lettuce in Canada," Gottlieb said.

So who's most at risk from E. coli?

Dr. Robert Glatter is an emergency physician at Lenox Hill Hospital in New York City who's seen the effects of infection with the gastrointestinal bug firsthand. It's not a minor ailment, he said.

"In general, symptoms of E. coli infection generally begin about three to four days after consuming the bacteria, and may include abdominal cramping, nausea, vomiting, and watery or bloody diarrhea, along with fever," Glatter said.

And while healthy people who battle a bout of E. coli typically recover within five to seven days, the illness can be more protracted -- and even deadly -- for people already made vulnerable by chronic disease or advanced age.

"People with diabetes, kidney disease or those with cancer or autoimmune disease run the risk of a more severe illness," Glatter explained.

The particular strain of E. coli detected in the current lettuce outbreak -- E. coli O157:H7 -- is particularly nasty, he noted.

"Most strains of E. coli do not actually cause diarrhea, but E. coli O157 produces a powerful toxin that injures the inner lining of the small intestine, leading to bloody diarrhea," Glatter said. Even a tiny amount of ingested bacteria could spur this type of illness.

"It can make people much more ill, and may lead to hemolytic uremic syndrome, a type of kidney failure, in some cases," he said.

Indeed, the CDC has reported one such case already in the latest outbreak.

In many cases, antibiotics are used to help beat back an E. coli infection, but these drugs can affect the kidneys, Glatter noted.

"Antibiotics may be necessary in certain cases, so it's important to see your doctor if you have continued and severe symptoms such as fever, bloody diarrhea, and you are not able to eat or drink," he said.

However, in the case of E. coli O157:H7, "taking antibiotics may actually increase your risk of developing kidney failure, so it's important to speak with your health care provider if you should develop severe symptoms," Glatter advised.

And if you do think you might be sick with E. coli, or any other foodborne illness, make sure you don't spread it to those near you.

The bacterium "can be transmitted person-to-person, so it's vital that anyone who is potentially infected wash their hands thoroughly and not share utensils, cups or glasses," Glatter said. "This also goes for bath towels. Linens also need to be washed in hot water and treated with bleach."