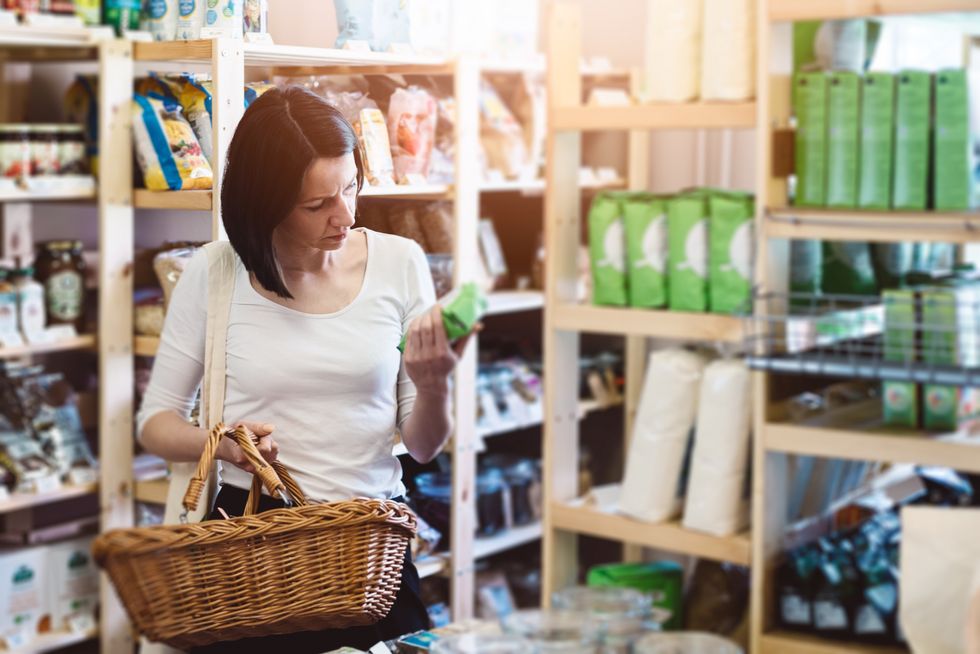 How Foods Labeled 'Healthy' Can Still Make You Fat

How Foods Labeled 'Healthy' Can Still Make You Fat

Be careful when you reach for foods labeled "healthy”—new research suggests if they have hidden high levels of sugar, you may snack more later.

TUESDAY, Oct. 17, 2017 (HealthDay News)—Be careful when you reach for foods labeled "healthy"—new research suggests if they have hidden high levels of sugar, you may snack more later.

Learn More: Is There Sugar Hiding in Your Food?

Prior studies have shown that sugary foods can make a person feel hungrier later in the day, said lead researcher Naomi Mandel, a professor of marketing at Arizona State University.

But these latest findings reveal that people can exercise some self-control over sugar-driven hunger, if they are given fair warning through product packaging, Mandel said.

For the study, Mandel and her colleagues created two types of "protein" shakes that tasted the same and contained the same amount of protein and total calories. One shake contained high sugar and low fat, while the other had low sugar and high fat.

The first phase of the experiment involved 76 college students who were randomly given either a high-sugar or low-sugar shake to drink, and then provided potato chips to snack on while watching a video, the study authors said.

The researchers chose potato chips because they wanted to see if the sugar effect "would transfer over to a different kind of snack," Mandel said.

As expected, the students who had the high-sugar shake ate more potato chips.

In the second phase, researchers explored whether changing participants' perception of the shakes' healthiness would influence their snacking habits.

The sugar and non-sugar shakes were randomly passed out to another group of 193 students, but this time they included labeling.

Those who drank a high-sugar shake labeled "healthy" ate more potato chips than any of the other three groups, the findings showed.

Mandel said she's particularly concerned about the impact from breakfast foods like cereal, yogurt or instant oatmeal, which are marketed as healthy but often contain loads of sugar.

"People think they're starting out having a healthy breakfast, but they may be setting themselves up to be hungry all day and eat too much over the course of a day because of that," Mandel said.

Dr. Reshmi Srinathe is an assistant professor of medicine, diabetes, endocrinology and bone disease with the Icahn School of Medicine at Mount Sinai in New York City. She said the study shows the importance of food labels and the need for stricter regulation of claims made by product manufacturers.

"Labeling matters," Srinath said. "When people think something is healthy, they think it gives them a pass to make other food choices that may not be as healthy."

Srinath and Mandel recommend that people read the Nutrition Facts label and ingredient list included on food packaging, and figure out for themselves whether a product is healthy or not.

The U.S. Food and Drug Administration is in the process of expanding the Nutrition Facts label to show the amount of added sugar in food, Mandel said.

"I think that's a good first step," Mandel said. "Ideally, I would like to see more regulation of a marketing term claiming that a food is healthy or healthful. If it has a lot of added sugar, then it really should not be called healthy."

The study was published in the journal Appetite.