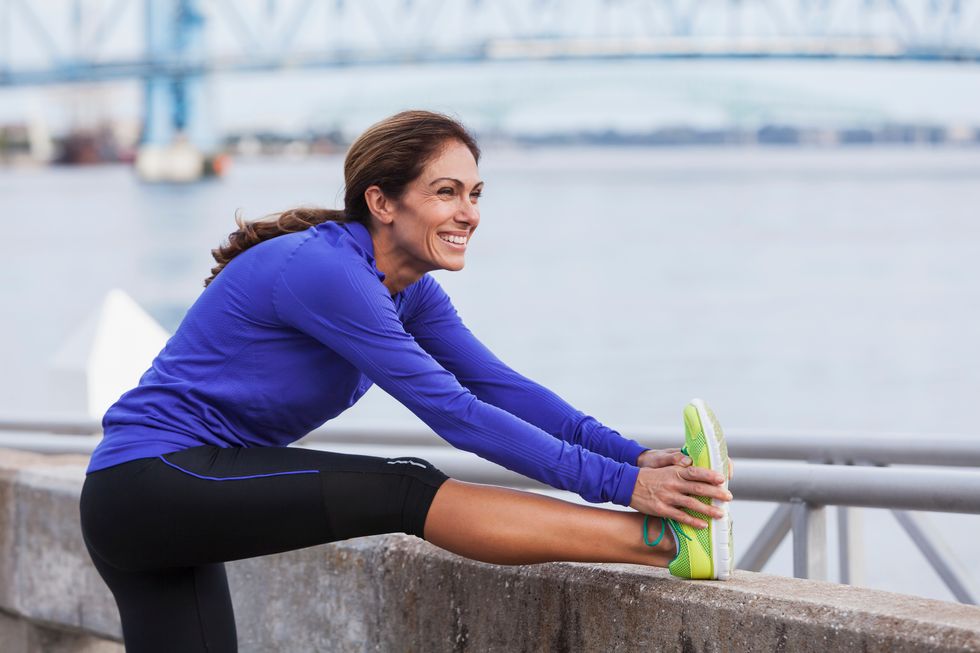 How to Feel 40 Years Young—Not Old

How to Feel 40 Years Young—Not Old

Could regular, strenuous exercise be a "fountain of youth"?

FRIDAY, May 26, 2017 (HealthDay News)—Could regular, strenuous exercise be a "fountain of youth"? New research suggests it could be—for your cells, at least.

"Just because you're 40 doesn't mean you're 40 years old biologically," said Larry Tucker, a professor of exercise science at Brigham Young University in Utah.

"We all know people that seem younger than their actual age. The more physically active we are, the less biological aging takes place in our bodies," Tucker said in a university news release.

He and his colleagues analyzed data from a survey of more than 5,800 Americans. The researchers concluded that people with consistently high levels of physical activity have significantly longer "telomeres" than those who are moderately active or inactive.

Telomeres are the protein endcaps on chromosomes. Each time a cell replicates, a tiny bit of the endcap is lost. That means the older you get, the shorter your telomeres.

But telomeres in adults with high levels of physical activity had seven years less aging than those in moderately active adults. And the advantage was nine years compared with inactive adults, the researchers concluded.

The study authors defined "highly active" as at least 30 minutes (women) or 40 minutes (men) of jogging a day, five days a week.

"If you want to see a real difference in slowing your biological aging, it appears that a little exercise won't cut it. You have to work out regularly at high levels," Tucker said.

The study doesn't actually prove that exercise delays telomere shortening. Still, "we know that regular physical activity helps to reduce mortality and prolong life, and now we know part of that advantage may be due to the preservation of telomeres," Tucker added.

The study is scheduled for publication in the July issue of the journal Preventive Medicine.