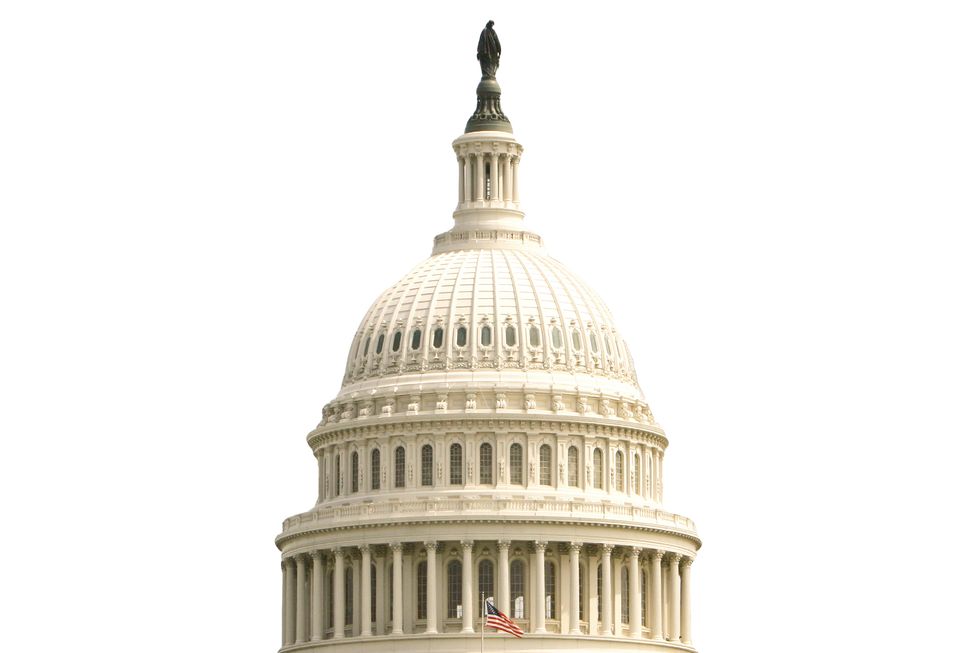 The razor-thin 217-213 vote margin in the House of Representatives means the fight over the controversial health reform legislation now heads to the more moderate Senate.

THURSDAY, May 4, 2017 (HealthDay News)—With one vote to spare, Republicans took the first steps Thursday in their longstanding battle to repeal and replace Obamacare.

The razor-thin 217-213 vote margin in the House of Representatives means the fight over the controversial health reform legislation now heads to the more moderate Senate—where repeal and replace faces an uncertain future.

But the GOP's hopes of overhauling the law formally known as the Patient Protection and Affordable Care Act remain alive.

"We are all breathing a sigh of relief," said Rep. Chris Collins, (R-N.Y.). "We're living up to a campaign promise we made, the Senate made, the president made."

Democrats had a far different take on the day's events.

In remarks on the House floor before the vote, Minority Leader Nancy Pelosi (D-Calif.) called the measure a tax cut for the rich "disguised as a health care bill" and asserted that Republicans would suffer political repercussions.

"Most Americans don't know who their member of Congress is," she said. "But they will, now, when they find out that you voted to take away their health care."

Ever since the enactment of the Affordable Care Act—sometimes called Obamacare—in 2010, Republicans have pushed to repeal the law, the largest expansion of health care in 50 years.

Republicans have long contended that the law is an unprecedented overreach of federal authority. The GOP found the provision requiring most Americans to maintain health coverage, or pay a penalty, particularly onerous.

Republicans say the law is unsustainable. With average health insurance premiums spiking at double-digit rates in 2017 and more health insurers deciding to exit the Obamacare marketplaces, GOP lawmakers argue that it's time to intervene before the law collapses.

The AARP had urged lawmakers to vote no. Allowing insurers to charge people more because they've had cancer, diabetes or heart disease "would make a bad bill even worse," Nancy LeaMond, the organization's executive vice president, said in a letter to House members.

The American Medical Association warned that millions of people would lose their health insurance coverage under the GOP revisions. The Affordable Care Act expanded coverage to 20 million Americans.

An earlier report by the independent, nonpartisan Congressional Budget Office (CBO) concluded that 14 million more people would be uninsured by 2018—rising to 24 million by 2026—under the Republican measure. However, those figures do not reflect the impact of recent amendments to the bill. Thursday's vote came ahead of the next CBO analysis.

The Affordable Care Act was arguably President Barack Obama's biggest domestic achievement. President Donald Trump has made repeal and replace a priority of his new administration.

The Republicans' proposal strips away funding for some core provisions of Obamacare and relaxes insurance market rules.

Here are some key elements of the House Republican plan:

Repeal and replace a Trump priority

Both Trump and Vice President Mike Pence had been involved in negotiations to shore up Thursday's vote count.

But, the repeal-and-replace Obamacare initiative must now pass scrutiny by members of the more moderate Senate. Any changes in the Senate would lead to a conference by members of both chambers to work out their differences.

Regrouping after that miscalculation, party leaders sought to salvage the measure by appeasing conservative Republicans.

Rep. Tom MacArthur (R-N.J.) offered an amendment that would allow states to opt out of federal rules that prevent insurers from considering a person's health status when setting rates. States could also give insurers leeway to offer coverage that pares back Obamacare's essential health benefits.

With that addition, the conservative Freedom Caucus late last month announced its support for the GOP overhaul.

But the concession cost votes among party moderates.

Just days ago, the bill seemed doomed when Reps. Billy Long (R-Mo.) and Fred Upton (R-Mich.) revealed they would not support the new measure.

On Wednesday, Long and Upton withdrew their opposition after meeting with President Trump on a compromise provision. Upton's amendment would add $8 billion over five years to a federal fund to help people who are priced out of the individual insurance market due to their health status.

Economist Anthony LoSasso, a professor of health policy and administration at the University of Illinois at Chicago, said the GOP proposal represented "the best hope" to prevent the individual insurance market's downward spiral.

"There's good reason to think that this actually rejuvenates markets, causes insurers not to want to abandon it," he said.

The Republican push to replace the Affordable Care Act comes as more insurers drop out of the program or curb their participation for 2018.

Aetna Inc. said it would pull out of Virginia's individual health insurance marketplace for 2018, according to news reports. Medica, the only remaining Obamacare insurer that offers statewide coverage in Iowa, warned that it would quit unless it gets help from the state or federal government, according to multiple reports.

Still, many health policy analysts say the Republican measure could lead to higher premiums for poor, older and sicker Americans.

Christine Eibner, a senior economist at the RAND Corporation, said it might be hard for people to maintain continuous coverage in some circumstances.

"For example, if a person loses a job, he or she might lose access to employer-sponsored coverage while simultaneously experiencing a big income loss," she explained. That person might "gamble on going without insurance for a time" and could be at risk of future rate increases.

Eibner said older and lower-income individuals "might be at particular risk of going without coverage due to affordability issues, and then facing rate increases down the road."

The Upton amendment is designed to help people priced out of the individual insurance market due to pre-existing conditions. It adds $8 billion over five years to help fund states' high-risk pools.

"Make no mistake: this paltry increase in funding for high risk pools that are already grossly underfunded by the bill will not make coverage affordable for sick people," Dr. Jack Ende, president of the American College of Physicians, told House leaders on Wednesday.