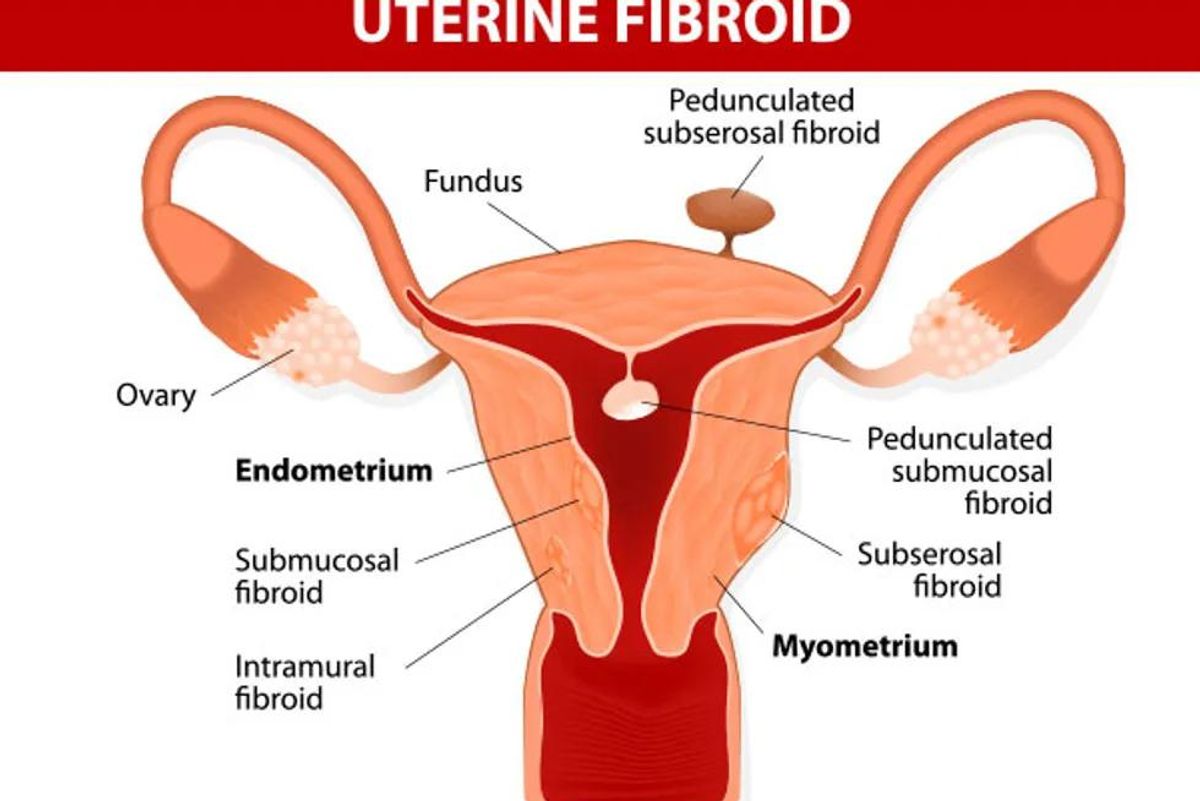 HealthyWomen Editors
19 Dec 2015 Your Health
fibroids
Medically Reviewed
This article has been archived. We will no longer be updating it. For our most up-to-date information, please visit our fibroids information here.

FRIDAY, Dec. 18, 2015 (HealthDay News) -- Having high levels of the hormones testosterone and estrogen in mid-life may boost a woman's risk of benign tumors in the uterus called uterine fibroids, a new study suggests.

"Our findings are particularly interesting because testosterone was previously unrecognized as a factor in the development of uterine fibroids," study co-author Dr. Jennifer Lee, from Stanford University School of Medicine, said in a news release from the Endocrine Society.

The study included nearly 1,400 women who had their testosterone and estrogen levels checked nearly every year for 13 years.

But while women with high levels of both hormones were more likely to have one case of uterine fibroids, they were less likely to develop them again than those with low levels of the hormones, according to the study published Dec. 15 in the Journal of Clinical Endocrinology & Metabolism.

"Our research suggests women undergoing the menopausal transition who have higher testosterone levels have an increased risk of developing fibroids, particularly if they also have higher estrogen levels," study co-author Jason Wong, from Stanford University School of Medicine in California, said in the news release.

Three-quarters of women develop uterine fibroids by age 50, according to Wong.

Lee added that "the research opens up new lines of inquiry regarding how fibroids develop and how they are treated. Given that managing uterine fibroids costs an estimated $34.4 billion in annual medical expenditures nationwide, it is important to identify new ways to better treat this common condition," she said.

While the study found an association between hormone levels and risk of uterine fibroids, it did not prove a cause-and-effect relationship.