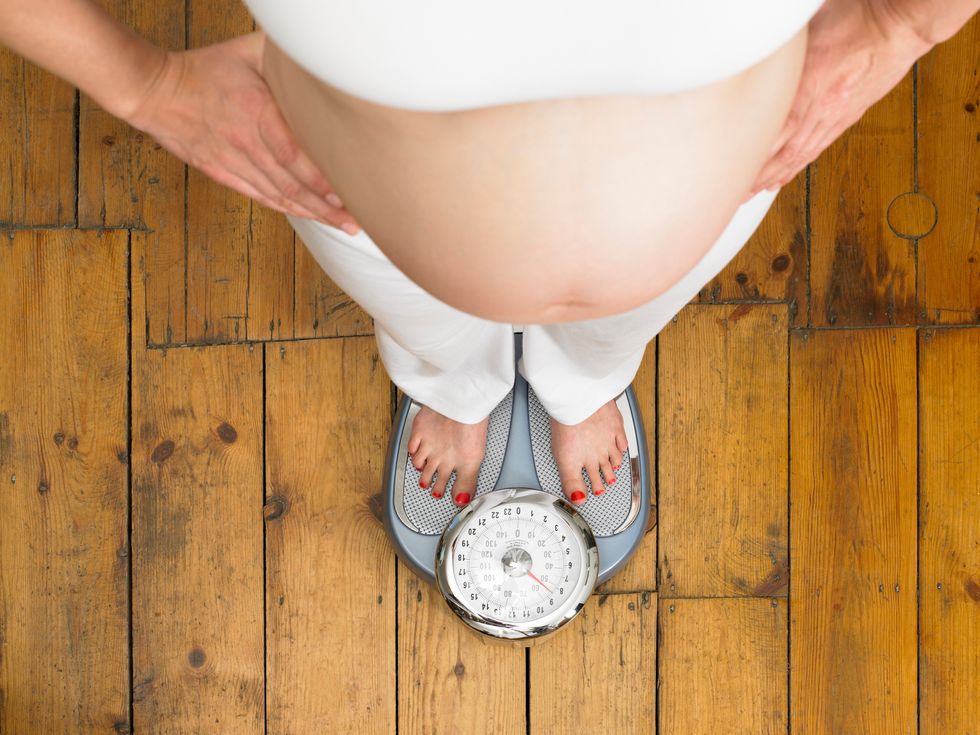 Women who are overweight or obese when they become pregnant face an elevated risk of having a baby with a major birth defect.

THURSDAY, June 15, 2017 (HealthDay News)—Women who are overweight or obese when they become pregnant face an elevated risk of having a baby with a major birth defect, new Swedish research warns.

And the greater the excess pounds, the higher the apparent risk, the study authors said.

The risk that a newborn will be found to have a major birth defect during the first year of life "progressively increases with a mother's overweight and degree of obesity," said lead investigator Dr. Martina Persson. She's a senior research fellow with the clinical epidemiology unit at Karolinska Institute in Stockholm, Sweden.

The research team concluded that while it's impossible to prove a direct cause-and-effect relationship, it does appear that there is an ever-increasing association between birth defect risk and rising maternal weight.

But Persson added that the absolute risk for obesity-related birth defects is small.

"One must bear in mind that even though relative risks of malformations are significantly higher in offspring of obese mothers, the absolute number of affected children is low," she explained.

The Swedish team noted that the link between maternal obesity and birth defect risk is already well-established. What hasn't been as clear is whether or not greater weight leads to more birth defects, according to Persson.

What is clear, however, is that "the incidence of obesity is increasing, and obesity is a major public health problem in many countries," Persson said.

She pointed out that as of 2014, roughly 13 percent of Swedish women were obese when they became pregnant. In 1992, that number was just 6 percent.

In the United States, (as of 2010) more than two in three American adults were either overweight or obese. More than one-third of American women are obese, according to the U.S. National Institute of Diabetes and Digestive and Kidney Diseases.

The current study looked at data obtained from the Swedish medical birth register. The researchers included roughly 1.2 million Swedish women who gave birth between 2001 and 2014.

The risk for a birth defect was found to be higher among boys than girls (4.1 percent versus 2.8 percent). But overall, roughly 3.5 percent of the children were found to have a major birth defect involving the heart, genital organs, limbs, urinary system, digestive tract, or nervous system.

However, when broken down by weight status, the investigators found small but significant risk differences.

Among normal weight women—those with a body mass index (BMI) of between 18.5 and 24–3.4 percent of their babies had birth defects. BMI is a rough estimate of body fat based on height and weight measurements.

For a woman who's 5 feet, 6 inches tall, a normal weight is between 115 and 154 pounds, according to the U.S. National Heart, Lung, and Blood Institute. Overweight would start at 155 pounds, while obesity would begin at 186 pounds for a woman of that height. A BMI of 35 would begin when weight reached 216 pounds. And a BMI of 40 would begin at 248 pounds, using the same example.

Women who are overweight or obese should try to lose weight before getting pregnant, Persson advised.

She also cautioned against dieting once pregnant. Persson explained that "the most sensitive period of fetal organ development is the first eight weeks of gestation."

Dr. Siobhan Dolan is a medical advisor to the March of Dimes, and a professor of obstetrics and gynecology and women's health at Montefiore Medical Center in New York City.

"The absolute risk for birth defects remains low," Dolan said. "But what we want to emphasize to women is that there are areas where they can make a difference and reduce their risk."

However, dieting while pregnant is not a good idea, she concurred.

"But getting to a healthy weight is a big part of what women can do before they become pregnant, along with quitting smoking and discussing any medications they take with their doctor," Dolan said. "This can all be done as part of a preconception visit with your doctor, which is a good idea before becoming pregnant."

The study was published online June 15 in the BMJ.