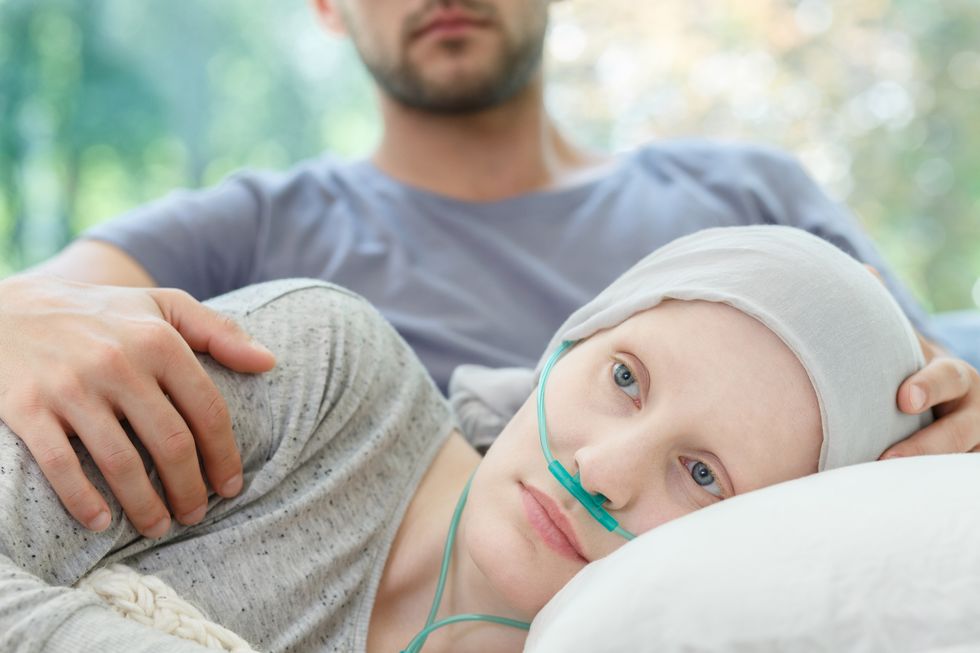 The report, released Tuesday, argues that urgent action is needed to stem the growing price tags associated with new cancer drugs, particularly if the price doesn't match the amount of benefit the drug offers.

"Drug costs are accelerating far faster than costs for other components of care, which, together, can result in a significant financial burden on patients and their families," the three-member panel wrote. "When financial resources are strained, patients are less likely to follow treatment regimens, potentially worsening health outcomes these drugs are intended to improve."

Learn More: Many Cancer Patients Skimp on Treatment Due to Cost

The panel recommends a series of actions to minimize the impact of drug costs on patients while also promoting value-based pricing of newer drugs.

The panel reported that much of the increase can be attributed to new cancer drugs coming on the market.

These prices are causing financial toxicity, a term the panel used to describe the negative impact of cancer care costs on the well-being and survival chances of patients.

"We have patients every day who need to take medication and may be facing very difficult decisions about whether to take their medicine as prescribed or making adjustments based on financial concerns," said Ann Geiger, an adviser to the panel. She's deputy associate director of the Healthcare Delivery Research Program at the U.S. National Cancer Institute.

PhRMA, which represents the pharmaceutical industry, responded to the panel's findings.

"Today's cancer therapies were unimaginable just a decade ago. These new therapies attack disease at the molecular level and are tailored to the unique needs of individual patients," Holly Campbell, deputy vice president of public affairs at PhRMA, said in a statement.

"Thanks to these breakthroughs, the cancer death rate in the United States has fallen 25 percent since its peak and two out of three patients diagnosed with cancer are living at least five years after diagnosis," she added.

But, "too often insurance companies don't cover the newest cancer breakthroughs and if they do, they often put all medicines to treat certain types of cancer on the highest cost-sharing tier," Campbell explained. "This concentrates costs on the sickest patients, which is the opposite of how insurance is supposed to work."

"And the cost of treatment doesn't reflect the full range of factors that contribute to the financial hardships faced by patients with cancer," Campbell added. "Research shows that physician and hospital fees, transportation expenses and the inability to work, among other medical and non-medical factors, are driving the cost burden on patients."

In the report, the panel recommends:

"All Americans should have the opportunity to purchase reasonably priced, high-quality health insurance with prescription drug coverage to facilitate affordable access to cancer drugs," the report states.

The American Society of Clinical Oncology issued a statement applauding the panel "for calling for urgent collaborative action to align cancer drug prices with value."

"This is a societal problem, and our nation needs to tackle rising drug prices, together with other major drivers of increasing health care costs," the group's chief executive, Dr. Clifford Hudis, said in the statement.

"Managing rising drug prices is a common struggle for cancer patients who are often unsure about what their insurance will cover or how much of the cost they'll have to shoulder," according to American Cancer Society representative Kirsten Sloan. She's vice president for public policy for the society's Cancer Action Network.

"If patients are going to maintain access to the drugs they need, there has to be a balanced approach that recognizes the need for innovation and affordability. This report offers an important starting point for a critical national conversation," Sloan said.

It's unclear how the report will be received by President Trump. All three members of the President's Cancer Panel were appointed by former President Barack Obama.